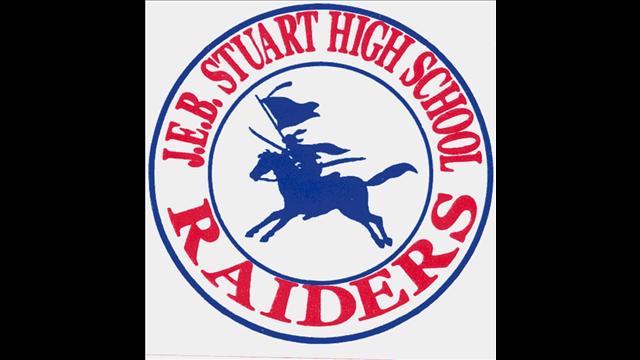 Well, after the June murders in Charleston, South Carolina, in which a rebel flag-waving racist nut killed several black people, I knew that it would not be long before the politically correct crowd would demand Virginia rename its schools and remove any symbol of the old Confederacy.

There is a petition drive in Fairfax demanding the county rename J.E.B. Stuart High School.

James Ewell Brown Stuart was a confederate cavalry officer. He was one of the best on either side of the Civil War. He is known for his military prowess, not his views on slavery and secession. Come to think of it, I am not sure he ever expressed an opinion on gay marriage.

Of course the name J.E.B. Stuart High School had nothing to do with the shooting in Charleston, but in this climate of political correctness it may be a great opportunity to change the name to something more politically correct. Thankfully for us, they have suggested Thurgood Marshall High School. I have a suggestion, how about Barack Obama High School?

As Fairfax County grew in the 1950’s, the demand to build more schools increased and in the late 50’s it was decided that a new high school was to be built in eastern Fairfax County. This became J.E.B. Stuart.

Why was it named for Stuart, if not for racist, pro slavery reasons? Three reasons. First, Stuart’s record demonstrated that he was one of the best cavalry officers of the war; second, he was a native Virginian; and lastly, the location of the school.

What is across the street from J.E.B. Stuart High School? Munson’s Hill, and as every Virginian knows that was the location of two of Stuart’s greatest accomplishments.

After the battle of Manassas Stuart and his men camped out on Munson’s Hill. The trouble was that they soon discovered that Union forces were watching them from the air using hot air balloons. So Stuart had an idea, he would use “Quaker guns”—that is, tree trunks that look from the air like cannons. At night Stuart lighted extra campfires to make it appear his forces were bigger than they were. The cautious Union General McClellan overestimated the enemy and withheld an attack.

So Stuart performed one of the most brilliant moves in the history of warfare across the street from where the new High School was to be built. Seems like it would be fitting to name the High School after him.

In addition, Stuart was promoted from Colonel to General on Munson’s Hill on September 24th 1861.

Now, today I would not advocate naming a school after J.E.B. Stuart, but at the time it made sense. I do not support changing the name today.

These PC moves by the left are nothing more than attempts at selective censorship. There’s also a petition to rename Jefferson Davis Highway, and I’m sure Robert E. Lee high school in Alexandria will be the next target…

Isn’t that just too fucking bad? I am sure nobody of any consequence will care if you name some shitty trailer park after some racist hero. Give it a shot.

If the left was genuinely targeting racism by renaming streets and landmarks, they would start with the Woodrow Wilson Bridge, Wilson Blvd in Arlington, and the Wilson Institute in DC, all named after the most racist president of the 20th Century.

Woodrow Wilson had nothing to do with the attempt to maintain slavery. Don’t change the subject.

Much of what you consider “PC” should actually be criminalized. The Germans prosecute and incarcerate those who deny the Holocaust. The same should be of those who deny that Secession was meant to preserve Slavery. “Freedom of Speech and Expression” should not by any civilized standards be meant as “Freedom to Lie”.