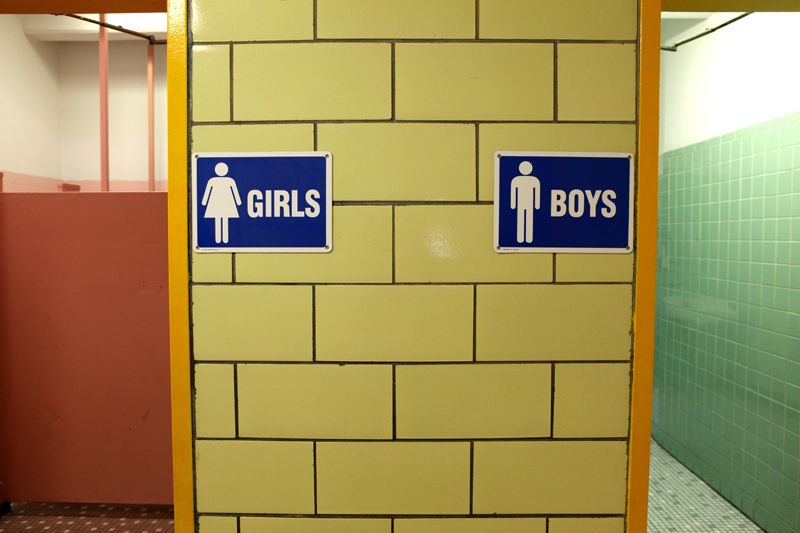 If it were not for the hapless and utterly corrupt Congress, we’d not be having this discussion.

But they are; so we are.

The gigantic, self-perpetuating, self-protecting, and self-serving federal administrative state, set on warp speed by the radical foot soldiers of the Obama Demolition Brigade, is on the march; so much of America left to set on fire, so little time left.

And our elected representatives in Washington have chosen not to use their Constitutional power to intervene. They concur by inaction.

As of last Friday, no twelve year girl in any school shower or public bathroom is safe – not because of the .03 of 1% percent of the population with alleged gender confusion (how hard could it be?) – but in danger from the hormones that drive every normal twelve year old boy on the planet and the uncontrollable impulses of the sickos and pedophiles for whom public policy suddenly has become a federally sanctioned tool of access.

But, make no mistake; the purposes of the federal government – the administrative state and much of the judiciary – is to destroy the fifty states’ remaining sovereignty, what is left of the cultures remaining institutions, and the capacity of individual citizens to object, resist, or to raise their own children in peace.

This latest assault on bathrooms and, more importantly, the showering accommodations of children, is but one more cultural cluster bomb dropped on American families by their own government.

Not the radicals beyond our shores, but the radicals buried deep inside the unaccountable federal government and judiciary. The only question remaining is will the citizens and their various state governments stand up for a last ditch fight to save traditional American values, or surrender the little that remains?

Destroying the family unit, of course, has been a well-documented and clearly stated goal of the hard left radicals since the 1960’s, when they left the barricades and riots of the anti-war movement and flocked to Washington D.C. like buzzards to road kill, to populate and feast on the exploding federal government, and its supporting think tanks, foundations and advocacy groups.

It has been an amazing success so far. And our Congress refuses to intervene.

The “War on Poverty” and the erecting of the immense welfare state was a necessary first step; complimented by the expanding and radical role of the federal government in education and the assault on college campuses by the ultra-radical ideologues protected by tenure and financed by the inexhaustible public money. Mix in the drug epidemic, the entertainment media complex and the politically radical “established” churches, and the rest, as they say, is history.

The war on the family has gone on largely unaffected by the Congress, even when controlled by Republicans, and the reality of the radical’s progress is startling.

The single most consistent indicator for future poverty, academic failure and criminal behavior is out-of-wedlock birthrates, resulting in no male presence in the home. Yet, the trillion dollar a year “professional welfare industry” has a death grip on public policy that has decimated family life for the poorest and most vulnerable of Americans, and trend line is going up. Today, over 70% of the black babies are born out of wedlock, 53% in the Latino community, and nearly a third of Caucasian babies.

It is no accident.

Programs that financially incentivize single parenthood, encourage welfare and discourage personal responsibility have pushed fatherhood out of families. Hollywood has even mainstreamed the trend and acceptability of serial promiscuity and single motherhood, even as the horrific emotional and physical consequences have been documented to death.

Still Congress funds every penny of it. And then some.

The concurrent isolation of the trillion dollar a year “Education Establishment” financed by unending amounts of tax money and managed by an ultra-left wing teachers union, has created effective prisoner islands for American children. Here they are insulated from any mention of God and the self-evident moral order of the universe that is the foundation of the precepts of individual liberty and responsibility, and the economic and social progress that leads to a civil society.

The schools are also increasingly sealing students off from American traditions, history and behavioral norms beyond the prying eyes of busy parents, and eliminating any mechanisms for objecting when some parents discovery how woefully unprepared academically their children are.

None of this is accidental. And the Congress refuses to do its job.

The disassociation of normal family life and self-responsible behavior has been pipelined throughout our culture. The judicial system has done its part by specious rulings on the separation of church and state, the removal of core instructions on character, the value of human life, and finally this past year, the absurd ruling where one individual man ruled for the entire nation that for thousands of years, the definition of the core reason for a family was wrong. Now it is accepted as perfectly reasonable that a tiny subset of 2 or 3% of the total population be allowed to define and control the trajectory of the society and culture.

The last frontier is now the complete destruction of the unique and precious relationship of gender in human development, where a young girl turns into a young woman, and a young boy into a young man. And in that divine mystery new families come into being, to pass down the human privilege, to join God in bringing yet new generations into the chain of human history.

Welcome to the “binary” world where gender and family are finally squished.

And, you must not just accept it, you must affirm its value. You will be forced to agree – yes, it’s all good. Congress, except for writing the checks to fund this nightmare, remain bystanders to history.

We are here in this bizarre place because millions of us – busy, bedraggled and harassed citizens who just want to be left alone – have checked out. We know better, but we don’t act. We look to our representatives, and they are worse than useless, they are corrupt.

Surely, surely, this is a bridge too far. Surely here the line is drawn? If that is to happen, then it seems that the only place left to stand and fight is the various states. Thirty one states have Republican governors. Where are they?

This is why we have a Constitution. This specific “edict” on bathrooms is clearly outside the authority of the Justice Department, as was the same sex marriage ruling outside the limits of the Supreme Court. Yet the push back from the states, which in these cases clearly have the power, not the federal government or the federal judiciary, is feeble and irresponsible.

In a war, you go into battle with the army you have. If states’ rights means anything, and if any semblance of Constitutional order is to stand, then this may be the final battleground; for good or ill. If the states fail to fight here, then there may be no place left for civil order in our country.