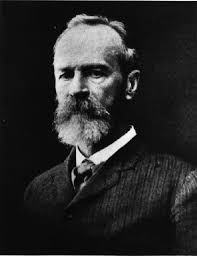 The Pragmatism of Populism: A Criticism

The greatest critic of scholastic, idealistic, and systematic philosophy was uniquely American and is considered to be the father of philosophical Pragmatism. His name is William James and he was an intellectual force with which to be reckoned.

There is much in William James that reminds me of American Populism, on both the left and the right. James was famous for his quip, “the art of being wise is knowing what to overlook”.

I think most disciples of Donald Trump and Bernie Sanders might consider getting this phrase tattooed on their lower backs or just above their nipples.

Populists on both the left and the right overlook the vulgarity of their sinners and saints choosing, instead, to focus on the efficiency of the message. Who cares how Trump says what Trump says? Ignore his style. Ignore his language. Ignore his logic. Does it work?

Only a great fool would argue that Trump has been unsuccessful politically. Thus, pragmatism has very much become a leading aspect of American Populism. The only thing that is strange is that, between the presidencies of Teddy Roosevelt and Donald Trump, there really hasn’t been any more than lip-service paid to populism within the Republican Party. Still, no one familiar with current events and history can argue that either Teddy Roosevelt or Donald Trump had/have been unsuccessful.

I have always been uncomfortable with the anti-intellectualism of populism in this country. Yet, William James once wrote that “the greatest weapon against stress is our ability to choose one thought over another.” I assume this includes contradictions. Populism drowns in contradiction; and yet, populists, in their fits of American pragmatism, seem comfortable de-stressing by simply developing the ability to choose one thought over another.

Republicans are against legislating via the Oval Office…….. when Democrats control it. They display quite a different feeling when their own mistresses control the office. Republicans feel quite strongly about condemning the moral depravity of leaders, excepting their own, of course.

Pragmatism and populism are a powerful combination. A force to be reckoned with. A Tsunami.

All you can do is seek higher ground and watch as everything beneath you gets swept away and then rebuilt it in Dalian and mimicked fashion. 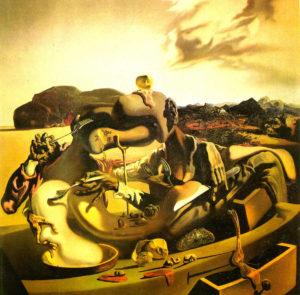 “A great many people think they are thinking when they are merely rearranging their prejudices” – William James.

Populism and pragmatism also take such a (UVA) cavalier approach to error. The disciples of Bernie Sanders and Donald Trump could probably all agree with William James that, “Our errors are surely not such awful solemn things. In a world where we are so certain to incur them in spite of all our caution, a certain lightness of heart seems healthier than this excessive nervousness on their behalf.”

I see. This is a great condemnation to the Constitutionalist and Libertarian, to the Empiricist and Objectivist.

Imperfection is the nature of things and thus, as Jesus said, “thou shalt not judge.”

William James writes that, “Individuality is founded in feeling; and the recesses of feeling, the darker, blinder strata of character, are the only places in the world in which we catch real fact in the making, and directly perceive how events happen, and how work is actually done.”

How pretentious are the rest of us? According to the pragmatists and populists…pretty damn pretentious.

If this is how work is done (grabbing women by the pussy, bragging that we could shoot someone in Times Square without losing any support), then that is virtue. That is pragmatic. That is how this is done. Trump won. Bernie almost won against an establishment far more powerful than anything the Republican caucuses have ever known.

William James wrote that, “We are all ready to be savage in some cause. The difference between a good man and a bad one is the choice of the cause.”

What Trump or Sanders supporter would disagree?

Sanders supporters don’t dislike the tactics of Trump supporters, and vice-versa. They dislike the cause. Pragmatism. Everything is justified or persecuted according to it’s ends.

I hope you can see how this cannot linger in perpetuity.

Populism and Pragmatism leaves us all unhinged. Loyal to mobs. Devoid of nature or scripture or philosophy or meaning.

We are cogs in the machines of social warfare.

We are only as explosive as the damage we cause and all we see all those particles desperate to cause damage.

Surely, the Republican Party can find another way. If not, the lack of difference between the idealists on the right and the idealists on the left will leave vast majorities aimless, angry, confused, and finally….apathetic. Let us seek one Frederick Nietzsche on the possibilities of societal apathy.

Or let us consult someone much more evil. Let us consult Hegel. Or Kant. Or Marx. It all ends the same. Every time. No matter what. It ends quite badly.

The Pragmatism of Populism: A Criticism was last modified: May 2nd, 2018 by Steven Brodie Tucker

“An intellectual hate is the worst.” – William Butler Yeats

The populism that drove the election of Trump is the lack of pragmatism.

Example;
1) We know that guns don’t kill people, people killed people. Take away the guns you still have the killers.
2) If the libertarian and the liberals legalize pot won’t that cut the opportunity for employers to hire folks who can’t pass the piss test by our free market workers comp insurance who will place the requirements?
3) Illegal immigration;
Are the illegal aliens here because Americans don’t want to work or because the illegal jobs magnet is not turned off.
If we build the wall ( which has to be done) Won’t that make the $4,000.00 cost to be smugglers increase?

We must be vigilant against the philosophy that is a mere political ideology and have pragmatic solution and no sometimes this means we come together to write law and have them enforced.
This is I want to TAKE VIRGINIA BACK and support Corey Stewart for Senate.
I don’t want our public sector projects built by Unions with foreign labor or by lazy Republicans with illegal labor.
I cannot coexist with an ideology that Goverment is always the problem then offer no solution. Delegate Nick Freitas fits right here. No dollar menu solutions
(not a poke at his name but a bona-fide poke at his sub par solutions).

Thank you for the post.
I understand it’s a blog, still a bit of
Annotation might be nice.
Wading in to however briefly
Mention the universe of Holmes , Dewey ,
James,Pierce , Rorty deserves the barest
Annotation …don’t you agree ?

If a request for annotation is OK but a request for a CV from an academic is off-limits, there’s something odd at work here. FWIW, I share your interest in SBT’s sources, learned and interesting as they are, especially the Wm James stuff. The more context, the more persuasive potential.

The annotation is offered from Brainy Quotes.
What does that tell me ?
Not from anything James wrote, or even from
Louis Menand’s Pulitzer Prize winning book The Metaphysical Club.
You get what you get …apparently that’s not much.
Enough said.