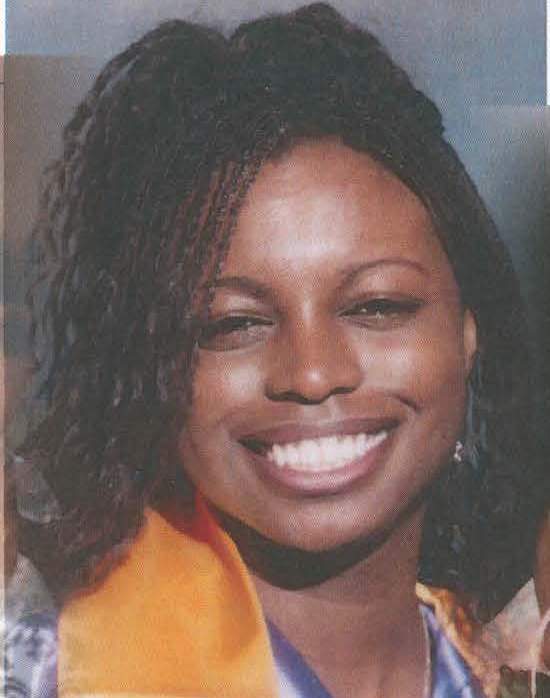 The Preventable Death of Natasha McKenna

On February 3, 2015, 5’3” tall Natasha McKenna put her arms behind her back and through the slot of her jail door. Handcuffed, she reportedly said to the deputies, “you promised you wouldn’t hurt me.” [read_more]Natasha — diagnosed with schizophrenia in her teen years while an honor student at WT Woodson High School — became scared and ‘resisted.’ The cuffs were on and she was still in her cell; in no way, shape or fashion could she escape custody. No way she was going to overpower or seriously injure the six deputies comprising the Sheriff’s Emergency Response Team (“SERT”), wearing full body protective gear and vests who were sent in to remove her by force. Yet, despite these uncontested facts, Natasha McKenna lost her life.

No meaningful official information is being released by Sheriff Kincaid. Instead, the public is left to believe Natasha McKenna died simply because she wouldn’t allow them to secure her legs to a transport chair. Sheriff Kincaid tried to hide from the public the repeated electrical shocks Ms. McKenna received allegedly AFTER she was shackled and removed from her cell.

Now, the community is outraged, a young mother is dead, her 7 year old daughter has been grieving for over two months, and there is no resolution or information in sight.

So many questions; so few answers.

Did the deputies attempt deescalating techniques before and during the inmate movement/arrest? Was there a need for a Taser with six deputies? If the Taser seemed ineffective, why was there a need to continue using it again and again and again? Will the community ever see the violent encounter on video? Why hasn’t Sheriff Kincaid given a meaningful statement? Why is there so much secrecy? What are they hiding? Is this a case of which we so often hear, “the cover up is worse than the actual crimes committed?”

In a very brief statement to Tom Jackman of the Washington Post, Sheriff Kincaid defended the use of Tasers on restrained inmates, apparently including on this very thin, small statured, 5’3” mentally ill African American woman and mother…a stark reminder of Stacey Kincaid’s version of ‘leadership.’ Kincaid said of the Taser used repeatedly on the shackled and restrained woman immediately before her death that it was “a means that is often useful to ensure the safety of a person.”

One might reasonably ask: Ensure the safety of whom, Sheriff Kincaid? Natasha McKenna did not have her safety “ensured.” The exact opposite occurred. She is dead.

I think a little history is in order here. In August 2012, after serving four years in the Air force and serving 26 years with the Fairfax City Police, I finally retired. One year after retiring, in the summer of 2013, I learned that Fairfax County Sheriff Stan Barry was retiring early. In that span of 26 years in Fairfax, Stan and I had bumped into each other several times over the years. He was always very polite and professional. The Democrats and Republicans each started to look for a candidate to run in the next election.

Captain Stacey Kincaid emerged as the Democratic nominee. Captain Kincaid decided to run her 2013 campaign and not mention the two single most significant and potentially life threatening problems with the Fairfax Sheriff’s Office, which were that the adult detention center has never had recording surveillance equipment and that its staff was not adequately trained to handle the increased number of inmates suffering from mental illness. Not having one, but especially not having both, was a certain recipe for disaster.

The Fairfax County Adult Detention Center has the unfortunate distinction of being one of the largest de facto mental health facilities in the Commonwealth. When state psychiatric hospitals were closed in the late 60s, the mentally ill were too often put out wandering on the streets. As a result, police and deputies now deal with far more of the mentally ill population than do many medical professionals.

Now, the mentally ill are thrown in with hardcore criminals in a toxic situation in county jails like the Fairfax County Adult Detention Center. That’s why I want the mentally ill whose only offense is causing a disturbance or committing a misdemeanor diverted into a program that helps the underlying problem, which is psychiatric and not criminal.

Crisis Intervention Team approach, modeled on the program currently, is in effect in 70% of all police and Sheriff’s departments in Virginia. The main goal of this new CIT program is to provide immediate response to situations where the mentally ill are in a state of crisis and to prevent, reduce or eliminate potential injuries to deputies and inmates alike. Finding appropriate care — whether in the adult detention center or in an outside mental health facility — and working on a treatment program will help keep the mentally ill out of jail.

For added public trust and safety for employees and inmates, I wanted to install surveillance cameras in the jail. Who could argue with these two platform items?

Captain Kincaid discounted both of my platform items, claiming that the Fairfax County Sheriff’s Office was a model agency and didn’t have a need for surveillance cameras. She said Crisis Intervention Team is not for deputies in the jail.

As a lifelong resident of Fairfax County and 2015 Candidate for Sheriff, I hope that is not how this story ends.

I am reminded of a quote: “The only thing necessary for the triumph of evil is for good men to do nothing.”

Bryan "BA" Wolfe served four years in the Air force and then served 26 years with the Fairfax City Police. When former Fairfax County Sheriff Stan Barry resigned in 2013 BA ran in a special election to serve as Barry's replacement. He is again running for sheriff on November 3, 2015.

Stacey, in general, if your policy results in a disaster, it is unwise to assert that such policy is hunky-dorey and that it is in common use. Citizens may infer that you are a twit, and that you have failed to recognize what is evident to everyone else.

I more common response might be “We profoundly regret the unfortunate death of a restrained inmate in our custody and we will take immediate measures to assure that this sort of thing does not ever happen again.”

That you did not say something like this suggests that you do indeed think it is accepable to repeatedly Taser a restrained prisoner and that her death is not anyone’s fault. If you think this, you are an incompetant twit.