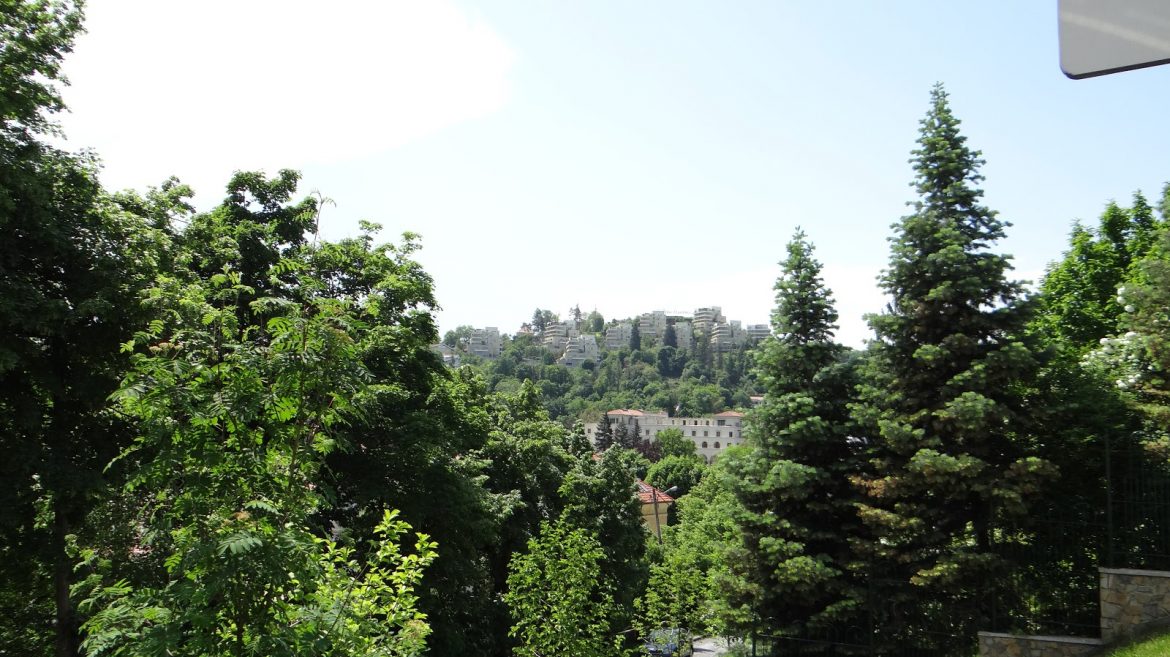 The Prison that is Socialism

Imagine a large prison with beautiful mountains that you are not allowed to climb because you are too poor to afford the gear and you must get a permit from the warden. These mountains grow blue spruce and pine forests where bears and other creatures dwell but you cannot visit because important people are hunting brown bears and they’ve paid huge sums to shoot them under the supervision of the game warden.

If you wanted to hunt, it would not be possible because you did not have a license or a hunting rifle. Such weapons had been confiscated from the entire prison population long ago. But the warden and his men are well-armed and prepared to round up the bears or whatever God’s creatures his higher-ups were in the mood to slaughter for sport with their high power rifles.

This prison has beautiful rivers but you don’t own boats and canoes, only those who control the prison can afford expensive boats and licenses to go fishing or to spend leisurely afternoons on the water and on special lakes reserved only for those in power. Some of the rivers are the pride and joy of the elites, but most are heavily polluted by industrial activity because the watchers don’t care about environmental conservation.

This prison has cinder block towers for the residents forced off the land and crowded onto nine-story blocks made of reinforced concrete. The captives within can go about on foot, by train, by bike, and by rickety buses.

They are told how much they can eat and how many calories they can consume daily. It is degrading to be forced to stand in line to get daily rations of food but they are used to it if they want to survive. If they are lucky, they can find better choices twice a year, on Easter and at Christmas.

There are churches that perform baptisms, marriages, and burials. Church bells can be heard joyously ringing on religious holidays but sadly when someone passes. Death is inevitable for those in power and the prisoners alike, they are all equal eventually.

Nobody lives better than their neighbors but they look with envy at the wealth of their captors. The block informers make sure there is a detailed dossier on the comings and goings of every prisoner. Once in a while, a few are rewarded for their loyalty with a trip to a wellness spa with mineral waters and stinking Sulphur baths with magical healing properties.  The majority is not loyal; captive subjects just gave up any resistance in the face of utter defeat, mental and physical. They are very tired, overwhelmed, and in survival mode.

The mountains are rich in minerals and gold, but nobody can go explore even though everyone owns the mountains. If they start digging or even ask to dig, they get arrested for trespassing and theft.

If you want to travel, you have to have enough money saved from your hard labor and ask permission from the state police which is in charge of giving out passes. The police always say no unless the prisoner is an exceptional athlete or musical genius in which case they are told yes but a security police guard follows them around the clock to make sure that they do not escape this beautiful prison built specifically to keep everyone in.

Food is scarce in this well-maintained and state of the art prison; everyone is thin, but not necessarily healthy as nutrition lacks a lot to be desired. People are not given vitamins or supplements unless they are really sick when often time it is too late.

The theoretically trained doctors experiment on the prison population with no consequence for their mistakes. How can one sue the watchers? There is nobody to watch the watchers, they do what they want.

The hospitals are oozing decay and negligence; equipment is rusty, sheets are stained and torn, medicine is missing, and if a prisoner is 70 years old, he/she is left to die because they are old anyway, they’d lived long enough; and the prisoners have no one to complain to or to protect them, crowded as they are in the large wards with chicken wire beds and rusty metal stands which were once painted white. Dubious stains cover the dirty walls, the floors, and even the mattresses.

Patients can pray to God in beautiful churches or in their cells but it seems that priests have forgotten them and are favoring the elites. The church has become an instrument of manipulation, preaching the agenda of the highest contributor. God is definitely lost in the incense wafting from a priest’s silver censer.

It looks dystopian inside but to the world, the outdoors is breathtakingly beautiful and the streets are clean. The prison warden has armies of gypsy bees sweeping the streets and, if as much as a cigarette butt is thrown on the ground, the offender is taught a painful and expensive lesson.

This prison has clean schools where directed curriculum is strict and approved by the chief warden, followed religiously by thousands of busy teacher bees supervised by principals with a waspy demeanor. Prisoners pay for all these equal benefits with their lack of freedom, pretending to work every day while the prison system pretends to pay them in their paternalistic generosity.

Many prisoners tried to escape this jail by cutting the barbed wire at the border, making a run for it and getting shot, or swimming across the large southern river and drowning. Few managed to flee and escape this prison. Many paid the ultimate price while attempting to find freedom.

The democracy spelled out in the socialist republic’s constitution was often hurled at these prisoners as a threat that democracy had gone to their heads and they better behave or else.

This dystopian prison country was the police state called socialism. One day the prisoners had had enough exploitation and mounted a revolution with the help of the army, arrested the socialist dictator who was trying to escape by helicopter, and executed him and his wife after a brief trial.

That free men and women from other societies want this kind of prison in their countries today, it is baffling to those who escaped the police state called socialism.

The Prison that is Socialism was last modified: October 10th, 2018 by Guest Contributor Dr. Ileana Johnson