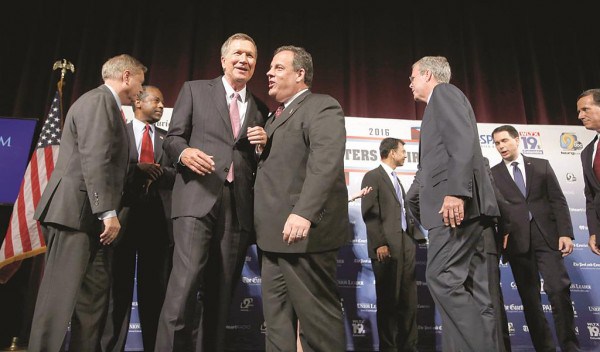 I would argue that the media is, as per usual, driving the focus of the Republican Primary to the forefront of this election cycle. Though we’ve heard a lot about the media-driven issues around Donald Trumps’ celebrity rocketing Illegal Immigration, Carly Fiorina’s face, and America’s overall decline amongst the worlds’ powerful Nation States, I believe we are still ignoring a number of highly important topics that have received little to no attention. Many of these issues have been brought up here and there, but have not been dealt with consistently.

There are 5 highly important foreign policy topics facing our nation today. 1. The Iranian Caliphate and their pursuit of nuclear power and possibly nuclear arms. 2. The Islamic State Caliphate, and the terror they’ve unleashed across the Near East. 3. Saudi Arabia’s funding of radical Islamic Mosques and religious centers across the globe. 4. Chinese Naval Expansion, US Spying, and Currency Manipulation. 5. The expansion of the Chinese and Russian spheres of influence.

Bureaucratic overreach has become a disturbing reality in the lives of American citizens and on the daily operations of American Businesses – as President, how would our candidates reign in the federal bureaucracy? I want to hear specifics.

Let’s not allow the media to define the issues of this campaign. We are The People. We decide what the issues of this election are and we need to drive the narrative and the debate through every grassroots method available to us. We’ve got work to do.