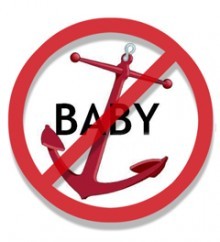 Not only do we have 350,000 to 400,000 babies born each year to illegal aliens we also have tens of thousands of children born to upper class Chinese who can afford to come to the US and remain here for months. Their visas are typically for 6 months and there are entire neighborhoods in Southern California that cater to the Chinese birth couples. Houses are rented only to Chinese couples who come to California to give birth. The number of Chinese babies born here while their parents are here on tourist visas ranges from 10,000 to 60,000 per year.  There are hospitals that cater to these tourists. If a Chinese couple has enough money they are welcome to come here and have their baby:

When Ma Fahong approached the immigration desk at Los Angeles International Airport, the customs agent had only two questions for her.

Later that child, and their entire family, can return to the US because the child is a US citizen.

The larger costs to our country are the children of illegal immigrants, the so-called “anchor babies.”   The USDA now estimates that it costs $304,480 to raise a child from birth until 18 years old.  Since most of the illegal immigrants are low skilled, with 71% of them on some form of government assistance, the burden falls on the taxpayers. ‘Only’ 39% of native families receive assistance.  These anchor babies also receive free schooling, often through college, and free health care.

In 2003 in Stockton, California, 70 percent of the 2,300 babies born in San Joaquin General Hospital’s maternity ward were anchor babies, and 45 percent of Stockton children under age six are Latino (up from 30 percent in 1993). In 1994, 74,987 anchor babies in California hospital maternity units cost $215 million and constituted 36 percent of all Medi-Cal [California’s Medicaid program] births. Now [2005] they account for substantially more than half.

While this excellent article points out that it is difficult to prevent ‘tourist births,’ we can nonetheless still stop ‘anchor babies,’ which is a much bigger cost to our country and one of the main reasons why so many Americans are supporting Donald Trump for President.

Should our Government Eliminate Birthright Citizenship? | Immigration Controversy Sparks April 15, 2016 at 4:14 am

US Citizenship is the provenance of the Congress. They determine who is a citizen. Let’s ask them to look into it.

Riiiight, as if our Republican Congress would ever do anything.

It starts with our own. Our Congresswoman is very responsive to the party and her constituents. She has friends in high places (I hear she got some money from Party Leaders) who could help her fix this problem.

And the chances of that happening are very, very, slim and none.

No question. It needs to be stopped. We are becoming the welfare capital of the world. What suckers our leaders are.

Doesn’t that make us suckers for electing them?

As the Donald would say, “this country is led by very stupid, stupid people” and I couldn’t agree more!

Racist! Nativist! Bigot! There, I have posted comments for Spiker, Hall, Hedrick, Murphy, Russ, Schoemenman, and Kenney. Gentlemen, no need to reply. I have taken the liberty to speak on your behalf.

LOL!! I was waiting for one of those guys to do exactly what you have done. How nice of you to do it for them.

Is a nativist someone who thinks that people from other countries don’t have a right to come and squat on my country and force me to pay taxes to provide for them?

I appreciate your effort to save me some time, but you’re confusing my conservative opposition to your preferred solution with a failure to recognize this as a problem.

It’s absolutely a problem and needs to be prevented, however there are many viable options and I don’t believe abandoning birthright citizenship is one of them. For what it’s worth, I’ll also point out that I’ve never called you a racist, nativist, or bigot.