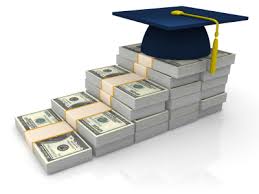 The Real Reason College Costs so Much, Hint: It’s Not Lack of Government Funding

We recently reported on the increase in tuition at the University of Virginia and Delegate Ramadan’s objection to it.  Universities like to complain that the reason they must constantly raise tuition costs is because state and federal funding has been cut. Now the New York Times reports that is absolutely false. [read_more]

In fact, public investment in higher education in America is vastly larger today, in inflation-adjusted dollars, than it was during the supposed golden age of public funding in the 1960s. Such spending has increased at a much faster rate than government spending in general. For example, the military’s budget is about 1.8 times higher today than it was in 1960, while legislative appropriations to higher education are more than 10 times higher.

In other words, far from being caused by funding cuts, the astonishing rise in college tuition correlates closely with a huge increase in public subsidies for higher education. If over the past three decades car prices had gone up as fast as tuition, the average new car would cost more than $80,000.

Educrats love to explain the large increases in public funding as ‘cuts’ because they’re not getting all the money they want.  Local school districts do the same thing. The New York Times explains it this way,

It is disingenuous to call a large increase in public spending a “cut,” as some university administrators do, because a huge programmatic expansion features somewhat lower per capita subsidies. Suppose that since 1990 the government had doubled the number of military bases, while spending slightly less per base. A claim that funding for military bases was down, even though in fact such funding had nearly doubled, would properly be met with derision.

Why does the public tolerate this when it comes to education at all levels?

According to the Department of Education data, administrative positions at colleges and universities grew by 60 percent between 1993 and 2009, which Bloomberg reported was 10 times the rate of growth of tenured faculty positions.

What cannot be defended, however, is the claim that tuition has risen because public funding for higher education has been cut. Despite its ubiquity, this claim flies directly in the face of the facts.

The Real Reason College Costs so Much, Hint: It’s Not Lack of Government Funding was last modified: April 7th, 2015 by Jeanine Martin

Mark Cuban has it right in his assessment of the financial bubble in the education-loan industry. It will eventually burst wide open because there are zero assets to back the loans. The taxpayer has zero hope of being repaid on loan defaults.

Erstwhile, the administrative overhead of these institutions has to be addressed. It is time to get the financial house in order while focusing simultaneously on the core product–education and research. Sports and other diversionary trinkets are nice, but ultimately they suggest that students can just go and have “fun” as opposed to buckling down and getting to work learning and acquiring knowledge and skills that will serve them later in life.

Opposing left-wing activists and policies without addressing the growth of “social justice” program administrators and centers on campus is like swatting at wasps and not spraying the nest.

Students indoctrinated by the narratives created by these administrators and centers are strangers to critical thinking, and those students include many who consider themselves Republicans.

Enact Bill Stewart’s program outlined below and require a university guarantee of a partial refund to any student who can’t find a job in their major within one year of graduation.

Stop the guarantee of student loans, that will automatically lower tuition. If having a college degree is such a valuable thing to have, why won’t banks accept it as collateral for a loan?

They will not stop increasing spending/tuition until forced too. Half-million dollar professors, you just got to be kidding?

Just like everything else, proped up by government spending. Facilitated by the Constitutional right to coin money as they please.

The government subsidizes those loans and that’s a major problem too.

The government guarantee’s repayment of student loans. That needs to stop. That will correct the rising cost of college tuition. They know that. Wall Street is making a mint off of student loans, they cannot lose as the loans are back by the government.

We need GOP legislation in January 2015 to roll back tuition at all state funded colleges and universities by at least 5% per annum for several years by cutting back administrators to a maximum of 30% of actual teaching staff, both by census and compensation. We need to increase compensation to all the part time professors who are actually being abused under the present system, and cut out fat wherever it can be found.
All that huge money being spent on bloated administration is just another example of taxpayer funding of the hard left. It will take a few years as contracts expire, and the parasites get the choice between the “New Deal” or “No Deal”. Let them get jobs in the real world.
Then let Governor McAuliffe veto it, and let the students and parents see who is on their side. That will be a nice prelude to the 2016 election between McAuliffe’s buddy Hillary vs. Anybody Else.

Let’s see what the usual suspects have to say about this, Jeanine? I am all ears.