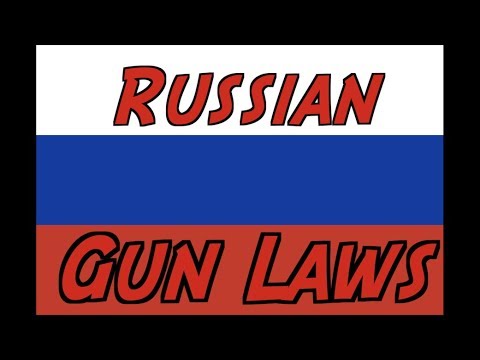 While the circus in Washington D.C. is revolving around claims of Russian connections to President Trump, if you really want to see Russian collusion, one can simply look at the new General Assembly.

It is like a host of Virginia State Senators and Delegates just cracked open Russian State Code and copied it directly, if you pay attention to the legislation they have introduced over the past few weeks.

It makes one wonder where the real collusion is.

Article 6 regarding limitations on civilian and service use weapons.

It is PROHIBITED on the territory of the Russian Federation

1) Circulation of civilian and service use weapons:

This Russian Law is mirrored in State Senate Bill 16, Introduced by Senator Saslaw (D-35th State Senate District) and it doesn’t end there.

And then you have House Bill 426 introduced by State Delegate Simon (D), regarding the bearing of arms in public areas, is almost exactly like-

Firearm carry (is prohibited) during public gatherings, meetings, parades, demonstrations, protests and other public mass assemblies, as well as firearm carry on the territory of education entities

And this is not even touching on the host of Red Flag Gun Confiscation schemes (SB 76, 240, 372,HB 674 and 856), which directly violate the 2nd, 5th and 6th Amendments to the United States Constitution and seem to have their roots in the systematic political abuse of psychiatry in the Soviet Union, based on the interpretation of political opposition or dissent as a psychiatric problem.

I keep hearing discussion of Red Flag Laws that follow due process as enshrined in the Constitution.  By definition Red Flag laws, like those in Russia, fly directly in the face of due process, as an individual loses their liberty and or property prior to their day in court,  a complete reversal of the American process, but an embrace of those practiced in Russia and China today.

In fact in an article just last week, the Chinese Global Times urged American lawmakers to confiscate all firearms from the hands of private citizens. In fact Presidential Candidate and financier of many anti-gun organizers and many politicians here in Virginia, Michael Bloomberg, echoed when he said “You just do not want the average citizen carrying a gun in a crowded place.”

This was said just 5 days ago, 2 days prior to his meeting with Virginia Governor Ralph Northam.

I am glad that my Grandfather, a World War II veteran, did not live to see the day that Russian Laws and Chinese authoritarian theories serve as the blueprint for the current party in power in Richmond.  From taking away more of your property, restricting your civil rights and gutting your individual liberty, perhaps we really do have Moscow on the James.

At least all the red flags make sense now.