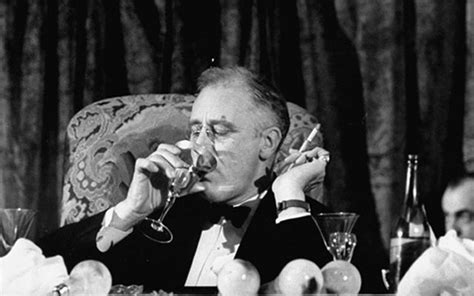 Several years ago, late in the Bush-43 administration, my daughter and I drove down to attend my granddaughter Ellen’s senior thesis-presentation at a private high school in southern Virginia. Ellen had worked an entire year on her senior thesis-topic, in which she argued that the Social Security “crisis” can be greatly eased by converting part of the system to individually owned private accounts. Her carefully researched, twenty-five-page paper was an impressive piece of work for a high school senior. (No bias in this observation.)

As we joined my son and his wife in the seats reserved for “honored guests,” I joked that the New York Times Literary Critic was probably in the audience. Then I stopped kidding as I saw that a reporter from a local newspaper was actually interviewing Ellen. OK, maybe it was a slow news day, but the reporter’s presence gave the occasion a more sober cast than we had expected.

Ellen’s presentation went very well. Tall, beautiful (no bias), well-groomed and poised, she was confident about her material. She handled questions from the reviewing panel, and later from the audience – which included the entire student body and faculty – like a pro. She made her parents, her aunt and her grandpa very proud. I think she performed a service for her audience, too.

Ellen described how Social Security began and how it got to where it is today. She explained how FDR was elected, in part, on his promise to help the millions who had lost their life-savings in the bank crashes of the Great Depression. Social Security was his solution for ensuring that every American could retire with dignity. She related how political pressure quickly transformed the new system from a savings plan to a pay-as-you-go, inter-generational transfer program. 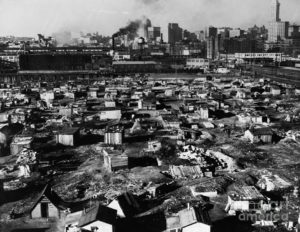 Ellen emphasized the fact that a Social Security pension was not legally guaranteed. She also explained that current workers’ Social Security “contributions” are immediately paid out to current beneficiaries, with any residue lent to fund other government programs. (An accounting is made of the latter expenditures.) And she instructed her listeners – some obviously hearing it for the first time – that the difference between the benefits Social Security has promised and its projected ability to pay them was, at the time, an unfunded liability of $12 trillion ($12,000,000,000,000) – a stupendous sum equivalent to spending $120 million every day for 274 years.

Ellen then reviewed the three basic reform-approaches currently in play:

She explained how doing nothing increases the huge liability each year, while raising taxes and cutting future benefits – as overwhelmingly favored by lobbies for people already retired – would greatly diminish younger people’s prospects for a financially sound retirement.

Ellen’s research led her to recommend that younger workers should be allowed to fund private accounts with part of their FICA taxes, in return for accepting reduced benefits from the current system. She showed how this would reduce Social Security’s unfunded liability and ultimately produce higher retirement incomes. She also emphasized how privatization would help people re-embrace traditional principles of self-reliance and move away from an entitlement-mentality of expecting payments from the government.

Following Ellen’s presentation, three faculty-reviewers asked their questions first. Then Ellen took questions from the audience. Who asked the questions, and what they asked, were as informative as the presentation itself.

Every question from the general audience came from a faculty member. I thought some students might speak up, but none did. Why was that? The likely explanation is that high-school students simply cannot grasp the topic’s importance and know little about it. Most students don’t pay FICA taxes because they are not yet working. The size (and security) of your retirement income seems irrelevant when you haven’t even started earning an income.

This squares with my own experience of trying to discuss Social Security with twenty- and thirty-somethings. Typically, they shrug and say, “Whatever.” Retirement is far over the horizon; it means nothing to them now. This indifference explains why advocates of Ellen’s option #1 (do nothing) or option #2 (higher taxes, lower future benefits) can ignore the views of younger people. They know that most young people don’t have a view. Politicians know they’ll be long-gone when today’s young people realize how they’ve been snookered.

The faculty’s questions, on the other hand, revealed discouraging ignorance of the current system’s features, the current political situation, and how privatization might work:

Features. Many seemed genuinely surprised to hear that benefits are not entitlements. Probably Ellen herself didn’t realize, at first – although her faculty listeners should have – that the Supreme Court settled this issue years ago.  In Fleming vs. Nestor (1960) the Court ruled that Social Security is a “non-contractual social welfare program” – not an insurance contract, as politicians have often claimed. Loose political talk about a Social Security “lockbox” is complete rubbish. There is not now (and never has been,) any such thing. The so-called Trust Fund exists only on paper. Monies paid as FICA taxes go out the back door right after they come in the front door.

Politics. The political environment surrounding Social Security also seemed unclear to faculty questioners. Someone asked if any politicians were still trying to reform the system. Ellen said Mr. Bush tried to sell the idea in 2005, but it flopped. (The political scare Democrats whipped up over that effort probably helped the GOP to lose control of the Congress in 2006.  That’s why Social Security is called the Third Rail of American politics.)

Another questioner asked if opposition to privatization was ideological or fiscal. Ellen sagely answered that it seemed to be both. Still another wondered what privatization would look like – thus showing that he had followed the political debate from afar. Beyond the seminal idea of private retirement accounts for younger workers, Mr. Bush expected Congress to work out the details. (This proved impossible, as the Congress was and is too politically polarized to modify this political “untouchable” in such a radical way.)

Privatization. The concept of privatization seemed mysterious to Ellen’s faculty. “Will I own my account?” asked one person who wondered if the government might still be able to tap into private accounts. Anything is possible, of course, but Ellen correctly said Mr. Bush wanted each person to own his account completely and even be able to bequeath it to heirs upon his death.

“Isn’t the stock market risky, and what protections will there be against ill-advised investments?” asked another. Ellen answered that the stock market has averaged a gain of 13% per year since the 1920s – a period which included the Great Depression. An advisory board would prevent unacceptably risky investments.

A third questioner asked if 401K plans have been successful, and wondered if they would be the model for Social Security private accounts. Ellen said that was the basic idea. Financial experts agree that 401K plans have been enormously successful. Total 401K savings then exceeded $1 trillion. (Today IRA investments are estimated at $5 trillion and 401K accounts at $3.2 trillion.)

Ellen’s thesis-paper wasn’t an exhaustive study of this important program. Its really important findings were the questions people raised in a calm, studious environment that didn’t have people shouting at each other. Those questions showed that ignorance is the real Social Security problem. It’s not localized to the faculty at Ellen’s school.

Mr. Bush couldn’t sell his reform concept because adults – not just high school students – are poorly informed about the current system and its problems. They don’t understand what private accounts can do both for them and for the country. (Full disclosure: I didn’t understand the Required Minimum Distribution feature [*] for Individual Retirement Accounts (IRAs) until I actually reached age 70 & ½, when it kicked in.)

Widespread ignorance allows opponents of reform to spread disinformation. Some of this is outright lies, but the public seldom knows the difference. If we really want meaningful Social Security reforms, a much larger educational effort will be necessary. It can be done, but it needs to start soon. The system’s unfunded liability increases every year. And no one is getting any younger.

[*] The RMD is an amount that must be withdrawn from any IRA every calendar year after the account-owner reaches age 70 & ½. The amount is determined by a formula which includes the owner’s age and the amount remaining in the account on January 1st of that year. This is part of the law’s provision for deferring taxation on the funds saved and earnings realized in the account. Uncle Sam wants those taxes. 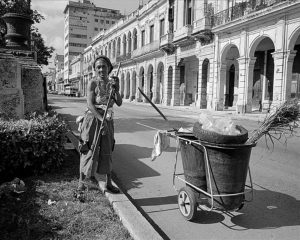 The Real Social Security Problem was last modified: May 24th, 2018 by Woody Zimmerman

An advisory board? Would monitor the fund? And avoid unacceptable risk?

California and Illinois have a board that monitors their state pension funds that are in trouble. One big reason they are in trouble deep is because acceptable risk became unacceptable. The deeper their loss, the more risk the board tried to take to right the financial ship.

They threw good money after bad in the same manner as a one dollar slot player makes when he moves to table games to try to regain his lost paycheck. Then as he tosses his last quarter at a wall, praying it’s closest to finally win, he comes up with the idea of just not mentioning the paycheck to his wife.

The difference between the fund board and the dumbass is the wife can get divorced and still maybe have assets.

You have ample reason to be proud of your daughter. Thanks for such an interesting story.

Unfunded pension liabilities and personal debt, especially for the youth the trillion dollar student loan liability are your two great crises for the future. Plus, many people are 100% dependent on Social Security. The old days of having a company pension are long gone. A lot of jobs don’t even come with a 401k now.

But the gumment is gonna have to bail out the retirement systems and the student loans like they did for Goldman Sachs in 20008… to big to fail is the pension system. Get ready for some onerous taxes.

I remember Bush on his talk show promotional book tour for Decision Points.
He would not comment on Obama or his policies but when asked if there’s anything he would have done differently he said;
“I wouldn’t have listened to Paulson and the folks on the bailout “

If Social Security were to be privatized the politicians would lose control over the money of the individual citizen. This is a fight like school vouchers only much bigger.

No they could find another way to suck out the equity through a market crash the implement a bailout.
I have no confidence in our leadership no matter who.
Faith is for God
Confidence is for leadership and with the back peddling of
Munchkin were up the creek without a paddle.