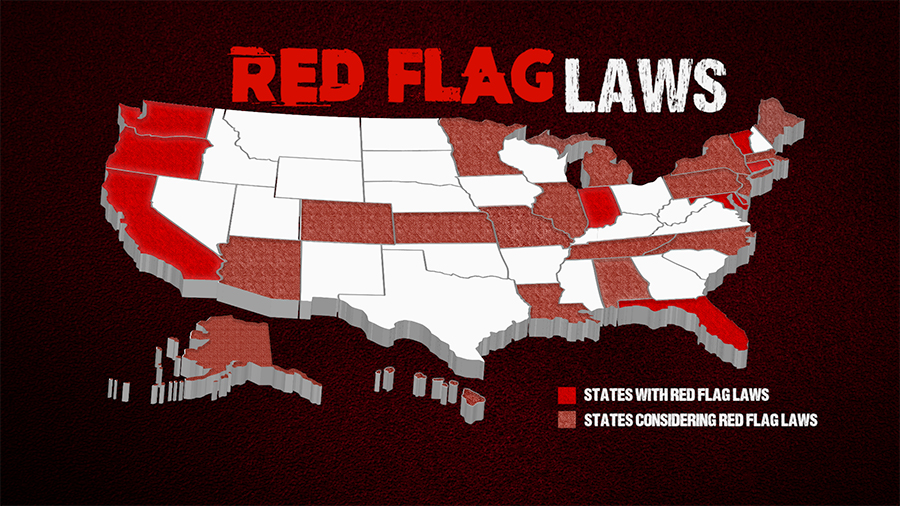 The Red Flag of Tyranny–Urgent Update

>>>>Sources inside Richmond have confirmed that banning private gun sales and Red Flag laws are the most likely legislation to pass in the July 9th Special Session.  Gutting your right to not only bear arms, but also your right to due process and equal treatment under the law, Red Flag of Tyranny laws violate not one, but 4 of the Bill of Right Amendments.
It is imperative that you contact every single Republican in the House of Delegates and demand they oppose Red Flag laws. <<<<

The right of due process, enshrined in the Constitution and dating back to the Magna Carta in 1215, is the hallmark of Western Civilization.

The right of the people not to be deprived of their liberty or property without a trial of their peers was one of the leading causes of the American Revolution, but as I write this a bi-partisan team of United States Senators is working overtime to violate this bedrock of our Republic.

As a side note, a wise friend once told me that bi-partisan is taking one political party’s bad idea and the other party making it worse.

Under current state “Red Flag” laws, legal firearms can be seized from law-abiding gun owners based on an unsubstantiated accusation from an anti-gun family member, ex-partner, or neighbor.

And these orders have been issued over 1800 times already in many states.

This is nothing less than murder and pure tyranny.   The 5th Amendment to the United States Constitution states that ‘no individual shall be deprived of life, liberty or property, without due process of law’.   The 6th Amendment goes farther, saying that ‘the accused is to be confronted with the witnesses against him; to have compulsory process for obtaining witnesses in his favor, and to have the assistance of a counsel for his defense.’

In April of 1775, brave patriots stood against the red flag of Britain, when, without due process, British Soldiers were sent to confiscate weapons in the sleepy villages of Lexington and Concord. Captain Parker and the Lexington Minutemen did not face down the most powerful army in the World so that we can sit by and allow politicians and bureaucrats do the same to us today.

Republican control of the White House and the Senate does not mean our gun rights are safe. Republicans have a long history of supporting gun control. After the 1999 Columbine shooting, many Republicans, including many who campaigned as being pro-Second Amendment, eagerly cooperated with then-President Bill Clinton on gun control. Some supposedly pro-gun Republicans also tried to pass “compromise” gun control legislation after the Sandy Hook shooting.

Hundreds of thousands of brave Americans fought and died to create and defend our Constitution and the Republic it created.

Americans must, with steadfast resolve, oppose any politician, of any political party, who attempts to tear our liberty away, or the sacrifices of our forefathers were in vain.

President Ronald Reagan once said ‘Freedom is never more than one generation away from extinction. We didn’t pass it to our children in the bloodstream. It must be fought for, protected, and handed on for them to do the same, or one day we will spend our sunset years telling our children and our children’s children what it was once like in the United States where men were free.’

[…] wrote how unconstitutional and destructive Red Flag Gun Confiscation laws in the Bull Elephant a while back.  And now the TAPS Act would encourage law enforcement to give […]