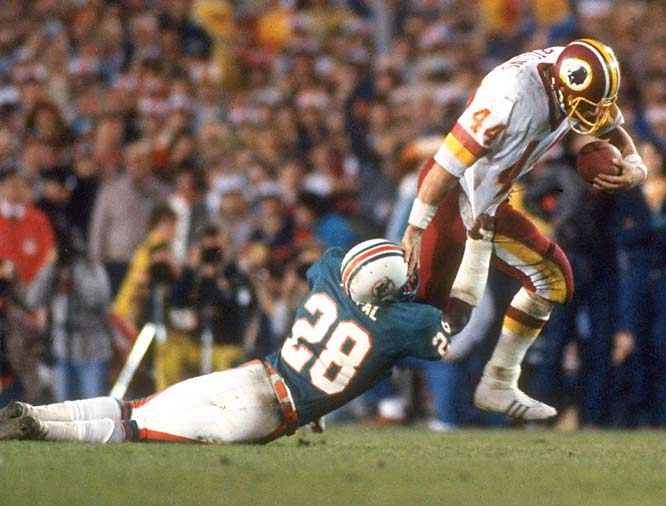 John Riggins Running for a Touchdown in Super Bowl XVII

Applying the Socratic Method to the Redskins name-controversy â€“

A: Obviously they were named by some racist white honkey.

A: In the early days of the NFL, the leagueâ€™s new teams sometimes took names reminiscent of the pro baseball teams in their city: e.g.,

In 1932, the new Boston NFL team became the Braves because that was the name of their National League baseball team. Soon after their founding, the NFLâ€™s Boston Braves became the Boston Redskins. The team moved to Washington, DC, in 1937.

Q: OK, then why were those Boston teams called the Braves? More white racists up there?

A: Not at all. The name was meant to honor the patriots who kicked off the American Revolution. In December 1773, under cover of darkness, a squad of colonists â€“ wearing Indian-style garb and armed with tomahawks â€“ boarded a British ship in Boston Harbor and threw 342 chests of tea overboard. The Boston Tea Party has been symbolized, ever after, by images of those patriots disguised as â€œRedskins.â€

Q: Were the disguises some kind of racist smear?

A: Very doubtful â€“ no more so than kids dressed up like Indian chiefs for Halloweâ€™en.

Q: Nevertheless, wouldnâ€™t it be better to lose that offensive name?â€

A: Offensive to whom? To a bunch of college kids running around, knocking statues over, and trying to erase our cultural symbols? Last I heard, the â€˜Skinsâ€™ name didnâ€™t seem to bother todayâ€™s Native Americans. Whereâ€™s the good of eliminating an important symbol of our countryâ€™s founding? It sounds like a Tempest in a Teapot.

Q: Point taken. But what about all that tea?

A: As Mr. Banks famously observed, â€œThe tea was made undrinkable, even for Americans.â€ And there is no record of any Native American tribe having a taste for British tea â€“ either hot or iced.

Q: Could a change of the name be made that wouldnâ€™t offend anyone either way?

A: Possibly so. The Hopis are a famous Indian tribe of our Southwest. Some have suggested that calling the team the Washington Hopis would still honor Native Americans, while expressing the meaningful sentiment â€“ especially in Washington â€“ that â€œHopi springs eternal.â€ (Just sayinâ€™) 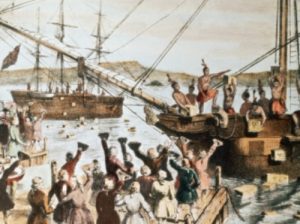 In recent weeks the Democrat-controlled House of Representatives created a stir by passing a controversial bill which authorized a radical restructuring of the District of Columbia:

The billâ€™s passage evoked wild cheering from Democrat-partisans, since the new state would almost certainly add a Democrat representative to the House, plus two Democrats to the Senate. And it would add three new Democrat electors to the Electoral College.

Political analysts quickly noted, however, that the Republican-controlled Senate would not support the bill, and the president would certainly veto it. Republicans breathed a collective sigh of relief for having dodged a dangerous political â€œbullet.â€ But Democrats warned that they will get it done after they win the Congress and presidency in November.

The issue of making the District of Columbia into a new state, however, is not quite as simple as shooting a bill through the Congress and having the president sign it. A little historical background is needed, starting with Article I, Section 8, Clause 17 of the Constitution: i.e.,

â€œCongress shall have power: To exercise exclusive Legislation in all Cases whatsoever, over such District (not exceeding ten Miles square) as may, by Cession of particular States, and the Acceptance of Congress, become the Seat of the Government of the United States, and to exercise like Authority over all Places purchased by the Consent of the Legislature of the State in which the Same shall be, for the Erection of Forts, Magazines, Arsenals, dock-Yards, and other needful Buildings.â€

The plan was to create a federal district no more than ten miles square from land ceded by one or more states to house the U.S. national capital. This was accomplished by the Compromise of 1790, whichÂ formed the District of Columbia from land ceded by Maryland and Virginia. The national capital was temporarily relocated from New York to Philadelphia while construction began on homes for the president and the Congress. In December 1800 the US capital was moved for the final time to Washington, DC. The new District of Columbia was a square, ten miles on a side, oriented as a diamond with its northern and southern vertexes located on the same line of longitude.

In the 1840s the state of Virginia petitioned the federal government for return of the portion of land which Virginia had ceded for the District of Columbia, as it was not being used for governmental purposes. That land was retroceded in March 1847 and became Arlington County, Virginia. The Potomac River became the new southwest boundary of DC.

The Constitution clearly gives Congress the power to reduce the area of the Federal district, as it did in 1847. But should it do so, that land would go back to Maryland, which originally owned it. Congress has no power to create a new state from territory of an existing state by simply passing legislation. Citizens of an existing state may vote to split off part of their territory to form a new state, as western counties of Virginia did in 1863. Those counties became West Virginia, after Congress voted to admit them into the Union.

The â€œsecessionâ€ of West Virginia from the Confederacy was useful to the Union during the Civil War. But today, a similar action by an existing state â€“ e.g., Maryland â€“ would be intensely political and fraught with contentious partisanship. Past Congressional votes to admit new states were unanimous, or nearly so,1 but a vote to admit a new, city-sized state which had formerly been the District of Columbia would spark the Mother of all political battles for both parties.

If successful, such a ploy would open the floodgates to similar efforts all over the country, as numerous states might attempt to multiply their Congressional and electoral influence by splitting themselves into several new states. To say it would end the United States as we know it would be an understatement. It would be a nightmare. To paraphrase Thomas Jefferson: Like a fire-bell in the night, it would wake us and fill us with terror.

Any change to the Constitution to modify the protocol for admitting new states â€“ an idea also being bandied about â€“ would be a steep uphill climb. A Constitutional amendment requires a 2/3 majority vote in each house of Congress, plus subsequent approval by 38 of the 50 states within the time-limit, if any, established by the Congress. Adopting an amendment which changed the rules for adopting new amendments would be a political impossibility, as Â¾ of the states would never approve it. 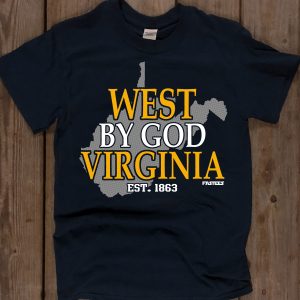 The latest hot topic in the â€œweâ€™ve got Trump nowâ€ vein is a ruling by the U. S. Supreme Court which seems to indicate that the president cannot withhold his personal financial records, including tax returns, from prosecutors who are pressing a â€œcriminal case.â€ Thereâ€™s some fine print in the ruling, but it seems to say that a prosecutor can obtain a subpoena from a judge which orders the president to turn over his financial records.

This ruling is being hailed as the â€œsilver bulletâ€ which will finally make Mr. Trumpâ€™s tax returns and other financial records available for publication â€“ probably via leakage to the media. Democrats believe those records will so offend the public â€“ mainly by the size of Mr. Trumpâ€™s income â€“ that many of his supporters will abandon him. Even if those records donâ€™t defeat the president in November, his enemies expect that the criminal proceedings for which the records are obtained will lead to Mr. Trumpâ€™s arrest, conviction and expulsion from office.

All this is wonderful material for a three-pipe night at a Democratic opium den, but it has no Constitutional basis. â€œSeparation of powersâ€ means that:

The Constitution does give some of the branches certain powers over the other branches:

I list the foregoing because there seems to be widespread misunderstanding today about who can take what action against the president. The idea that any court can â€œorderâ€ the president to do anything is especially alarming. Where did we get such a notion? It has never been our practice. Should it gain currency, any president could be subjected to a constant blizzard of demands from prosecutors all over the country for every possible financial or business datum. As the Declaration of Independence put it: â€˜an army of agents would be sent to harass him and eat out his substance.â€™ It would render any president incapable of executing his office.

This might sound great to Mr. Trumpâ€™s opponents, who hope to achieve that very result, but they are not thinking clearly about the future. When their party or faction has put a man (or woman) in the White House, do they really think their scorched-earth strategy of unending subpoenas and indictments will be quietly retired so their president can govern decently and in good order?

This is a delusion of the first order. The oppositionâ€™s treatment of any president becomes the model for how future presidents of either party will be treated. Partisans who think itâ€™s great fun to kick the other partyâ€™s guy around can expect their guy to get the same treatment. This is not our governing â€œcompact,â€ and it is not the responsible behavior of a free people. Letâ€™s hope we can come to our senses before itâ€™s too late.

â€œWhy do the heathen rage, and the people imagine a vain thing? He that sits in the heavens shall laugh: the Lord shall have them in derision.â€ (Psalm 2)

The Redskins and Assorted Topics was last modified: July 11th, 2020 by Woody Zimmerman