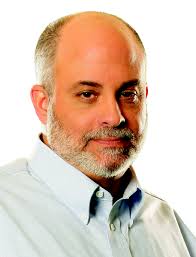 The Republican Party is a Disaster

Mark Levin says the current Republican party is built on a lie and is a disaster,

“The Republican Party is a disaster. It has lost its way, I don’t think it even knows what its way is. We have a couple of self-serving powerful politicians at the top—in the House, in the Senate, and in the RNC [Republican National Committee] and various other places that empower themselves, they like exercising power. And they fear conservatives more than the Democratic Party…

Read the entire statement from Levin.