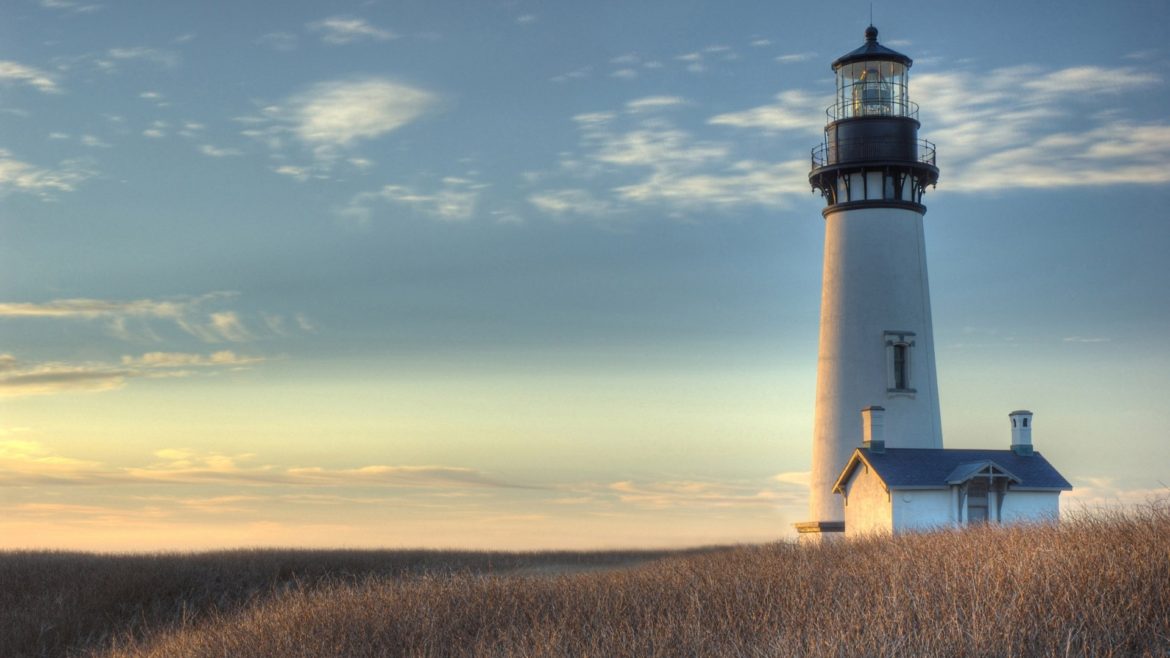 Donald Trump is the worst of the 13 presidents who have served since the end of World War II, 41 percent of American voters say, followed by 21 percent who list Barack Obama and 10 percent who cite Richard Nixon, in a Quinnipiac University National Poll released today. Quinnipiac

Steven Stark lamented, in February of 1996, that “it is one of the ironies of American political history that the vanquished in presidential campaigns often end up altering our politics more than the victors.” This ought to have been true of one Donald J. Trump – but it wasn’t.

Presidents George W. & H.W. Bush are smiling up from Texas. Senator McCain and future-Senator Romney are quizzically watching from the distant shores of the exiled Establishment Wing of the national Republican Party.

We Republicans need to figure out where we stand and decide what we want. It would appear that the two most powerful factions within the Republican Party are the moderate, Wall-Street establishment and the populist-nationalist TEA Party wings. The old Establishment has been forced to spend a fortune to retain control over a majority of Republican Legislation…legislation that President Trump has gladly signed to the fury of progressive and liberal Democrats. Meanwhile, the populist-nationalist TEA Party movement has gained control of the blogosphere and social media. Even this media.

In a battle of #fakeoutrage vs. #fakenews, it’s the Republican Party that has lost and is likely to continue to lose.

I believe that the Romney/McCain and Trump factions are doomed to failure for a myriad of reasons, the least of which is that each has proven to so divisively divide the party itself. Hillary Clinton won’t always be around to save us from oblivion.

The truth is, this Republican Party will never choose the populists or the corporatists over the other. Each wing of the party has their die-hard sycophants, but neither side will ever compromise with the other and neither side will ever consider productive, pragmatic, or practical strategies that could compromise their diametric domestic opposition to their opponents.

Moderates, Libertarians, Constitutionalists, Pragmatists, and Philosophers have a choice. Abandon our lesser-evils for principles or continue to support candidates we hate for the sheer spite of opposing candidates we hate slightly more. It’s that simple. Do you still hate everyone that supported Eric Cantor? Still hate everyone that backed Dave Brat? That’s so 2014.

Are you still living in a pro-Trump v. anti-Trump world? Stop it.

President Trump will deliver the Republican Party the same goods Obama delivered the Democrats in 2010. That’s what populism does. It creates anti-populist movements.

If the Democrats moderate, we lose.

This goes against every instinct they have, but it could happen. It probably will happen. We could see a strong, moderate, thoughtful, experienced and qualified Democrat in 2020. They won’t throw a Bernie Sanders or Hillary Clinton at us twice. We aren’t that lucky. (Yo, Blue Virginia, if you prove me wrong, I’ll buy you a beer!)

Are the divisive politics of E.W. Jackson and Corey Stewart going to build a Republican Party worth supporting in ten years or are they capable of manufacturing a victorious Republican Party in November? Of course not. The supporters of E.W. Jackson and Corey Stewart have a place in this Party, but it isn’t the blood-thirsty victory they imagine or hope for. They aren’t going to weed out the establishment by burning the party to the ground. All they’ll do is humiliate those of us who think and remain associated with the party.

Let’s not be depressed in November. Let’s nominate someone 51% of Virginia can be proud of.

So… now Trump calls and congratulates Putin on his re-election. This man is a traitor.

Both parties have too much self-serving fraud at all levels of government. The republicans promised us repeal of the ACA for months while campaigning, but didn’t deliver. Virginia’s GA promise not to expand medicaid, but can’t vote for it quick enough once elected. Where is the RPV, the RNC? The democrats need countless news agencies that bash Trump and ignore scandals like Fusion GPS and Uranium One to get their voters to fall in line. The founders didn’t imagine term limits being necessary, but they are. Trump is a CITIZEN PRESIDENT, just as our founders imagined. Like it or not, he’s trying to restore American pride against the headwinds of a pro-progressive educational system and false reporting from countless sources. His counter forces are people in both parties who only care about when the taxpayers will give them money for another vacation home. Trump is a threat to that, so our politicians in both parties are against him. Mueller is the force that is trying to keep that in place.
Where is the RPV on medicaid expansion???? Seems like some of Virginia’s largest companies are in line to let that happen and take down Brat. Eric Cantor buzzing around somewhere. This isn’t about democrat or republican parties, it’s the ME party up in Washington DC.
Obama’s legacy was clearly divide and conquer: police vs. citizens, black vs. white, rich vs. poor, citizen vs. illegal citizen, men vs. women, Christian vs. non-Christian. Sadly we bought in to it…all of it! His legacy has divided families and communities. My grown children didn’t see race until he pointed it out and now it’s slammed down our throats on a daily basis.
Who can fix this? NOT the republican party. The citizens need to remind our elected officials what this country is really all about.

Funny you keep deleting my comments I guess the truth hurts. By the way how do you reconcile the fact that Del Freitas not Corey Stewart won the Tea Party Straw Poll if we are such a threat?

No one is deleting your comments here.

Ugh, I’m not even a “Trumper” per se but the redundant “state of the Republican Party and why I know better” is beyond old.

Like it or not, Trump is the Republican Party and what it has been behind the veil. Morals and values are fluid as long as the agenda moves forward.

As for me, I say, bravo. I don’t need you in my bedroom or I in yours. I need you flipping some tables in DC. Press on

**edit** and ffs, screw the polls. “Conservatives” finally won, act like it. Lead, govern or get the hell out of the way.

If Republicans would keep their promises on which they campaigned on to get elected ie Balance the budget, cut spending, decrease the National Debt and less not forget end Obamacare they would not be is this position.

He talks that insignificant stuff today.
In two years he will be combating McAuliffe and Biden.
He best get his butt back in the foxhole today.
I want Trump one more time then onward to Pence, the true Republican gem.

And I’m relatively convinced he still has no idea what the term actually means within a political context or as past historically movements in American history. To the Never Trumpers it is just a pejorative much like the Democrat’s “racists” application to apply as an attempt to quell discussion when your arguments are vacuous and laughable.

Brody wants his Cruz-bot back!

What Pure Gibberish. #MAGA
Trump will win againin 2020. This is NeverTrumper nonsense.

After last November and last Tuesday, one is left wondering if the new Republican slogan in 2020 wil be “Make Trump Great Again”. Will Mueller even make it until April fools day? Is the real reason Sessions hasn’t been canned that he knows to much?

Stay tuned as the Democrats begin house hunting in DC.

In future elections, I will only be happy with a politician that actually follows through on the things that he/she campaigns on. Alas, President Trump has set the bar so high on that count, I have serious doubt of the success of any future candidate. With such an outstanding example, I hope they can prove me wrong!

He’s a citizen president who can’t be bought – complete nightmare for those who have sold their souls in both the democratic and republican parties.

So true! President Trump has followed through on his promises! It was the Weasal Senate RINOs who saved O-Care!

The Republican Party is the party of the American nation and its citizens. The democrat party is the party of global anti-American socialists. To ignore this distinction in the face of what is happening to the nations of Western Europe is to put the Constitution and Bill of rights at great risk.

I supported them also, then;

It is second best to
Go Tell it on the Mountain.
MS. Jeanine,
I would imagine that you and I are not far from the same values, I just cannot surrender Virginia to DC or politicians.
We are truly blessed here in Virginia and I such much the southern values that I raised on and we are losing these values daily.

I couldn’t agree more. I always say, I wasn’t born in Virginia but I got here as quickly as I could and my family goes back to Jamestown 1619 or thereabouts. I love everything about my southern family, especially their values and morals. So much of that is fading away.

And I like that Trump is going after the Dope.
I hope we can agree on that.
I think he has drug smuggling seizures at an increase.

This post is a much better piece than Brody’s! Excellent!

For years I have heard Americans don’t want to work.
This is a lie, a lie perpetuated by corporatist that seek cheaper labor.
I have been blessed by God with a wonderful wife and awsome childeren and all part of that has come from my desire to work and employ Virginians while other have a weakness in that.
I believe God has looked for those who look out for others than themselves.

So here we sit in the dawn of a Primary for some or for something better for all, I choose the latter.

So who is the American that does not want to work?
The politician, that’s who.
We have to navigate away from the stale argument Goverment is the problem, Goverment is the solution.
We must roll up our sleeves and get our butts to work!
I see this in Mr. Stewart.
We have witnessed school shooting after school shooting. Some say;
Guns are the problem.
Mental Health issues are the problem.
Democrats and liberalism are the problem.
While we wittness fancy speach on our Legislative floors from Obama,
Freitas, Paul only on man has stepped up time and time again for his Community,
Mr. Corey Stewart.
His most recent act to help unite America and Virginia is to place retired Police officers in the PWC School system.
I today more than ever support resolution and I see that in Mr. Stewart
with this action.

We are in desperate need of a Revolution, a Revolution of resolution.
That is why I support Mr.Stewart for Senate.
Sorry that I have gotten long winded for I am just a *genuine hillbilly*, a Virginian.