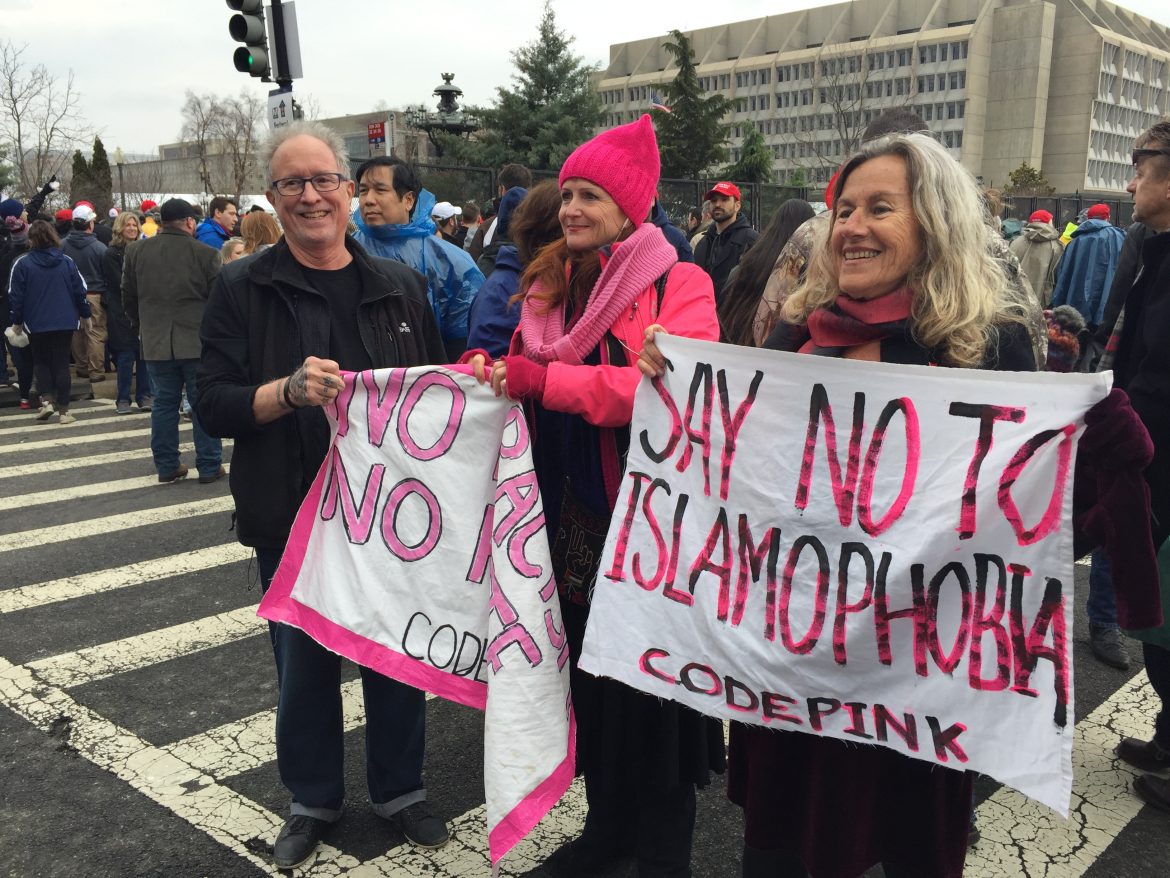 Bill Ayres on the left, Bernardine Dohrn on the right and an unidentified “fellow traveler” in the middle

Are you wondering how the Black Lives Matter movement was overtaken so quickly by violence and mayhem in the streets, exemplified by CHOP in Seattle, loud-mouthed protesters defacing and tearing down statues, and the armed militia marching through Georgia’s Stone Mountain Park? It’s because the Revolution never sleeps.

As is the case with so many groups on the political Left, they morph constantly, making it difficult to track them. But there is a thread that runs through these movements — a Red Thread — intertwining Maoists, Marxists, Communists, and sometimes Islamists.

My intention here is not to present an exhaustive study-to-date of these movements woven together by the Red Thread, but to highlight a few of the recent iterations that have seized the Black Lives Matter movement to advance their goals. And to bring some personal perspective to the movements’ perseverance.

Intrepid researcher, author, and filmmaker, Trevor Loudon, has identified two organizations in particular that are instrumental in fomenting growing unrest around our country. Sympathetic to the Chinese Communist Party, these organizations are known as Freedom Road Socialist Organization (FRSO) and Liberation Road.

FRSO was founded in 1985 as an amalgam of Maoist revolutionary movements from the 1960’s and 1970’s, including: the Weathermen, Students for a Democratic Society (SDS), Revolutionary Communist Party, Communist Party USA, Communist Workers Party, and the League of Revolutionary Struggle. Fourteen years later, in 1999, FRSO divided into two organizations: FRSO-Fight Back! (FRSO-FB) and Liberation Road.

Liberation Road is more heavily involved in electoral politics. In fact, its red thread runs through Steve McClure and the New Virginia Majority, which was instrumental in flipping Virginia Blue. While a student at George Mason University, McClure was invited to study surveying, mapping and Geographic Information Systems at – wait for it!– Wuhan University. He is listed on the
Liberation Road KeyWiki page as “Comrade in Wuhan.” For more information about New Virginia Majority and Steve McClure here.

Back to FRSO and Liberation Road. In the two articles linked here, Trevor Loudon details their Maoist ideology, structure, and organized — sometimes violent — attempts to bring down the United States government, operating right under our noses: here and here.

According to Christopher Holton with the Center for Security Policy, there are also parallels between Antifa and the Chinese Cultural Revolution.

Another group that has popped on the radar is the Revolutionary Abolitionist Movement.  Explore that site and you’ll recognize language and objectives similar to Black Lives Matter.

Now let’s return to Donald Trump’s Inauguration on January 20, 2017. On that day, a group of protesters gathered at Columbus Circle in the Nation’s capital to hear Steff Yorek speak. Yorek is the Political Secretary of the Freedom Road Socialist Organization. Here is what she said to the crowd on Inauguration Day: “We need to stay in the streets the entire four years opposing Trump and making the country ungovernable.”

You may recall that there was rioting, looting, car burning and general mayhem going on in the streets of Washington, DC, during that Inauguration weekend. Who else may have been involved with the FRSO in fomenting chaos?

Well, remember that the FRSO was formed out of an amalgam of Maoist Revolutionary movements, including the famed Weathermen, a 1960’s radical domestic terrorist group. The husband-wife team of Bill Ayres and Bernardine Dohrn were leaders in the Weather Underground movement. Many years later, they launched Barack Obama’s political career in their Chicago home.

On Inauguration Day 2017, as I walked from the Capitol to a nearby Metro station, who should I see standing astride Independence Avenue but Bill Ayres and Bernardine Dohrn, whose photo is featured at the top of this post. (Bill’s crumpled sign said, in part: “No to Racism.” A recurrent theme among the political Left.)

You’ve got to hand it to the Left for not giving up while on their long march, whether it be through the institutions or cultures of society. Hillary Clinton’s senior thesis at Wellesley College, based on Saul Alinsky’s tutelage, was titled,“There is Only the Fight.” The Freedom Road Socialist Organization proclaims: “Perseverance means victory!”

What is your plan for perseverance?