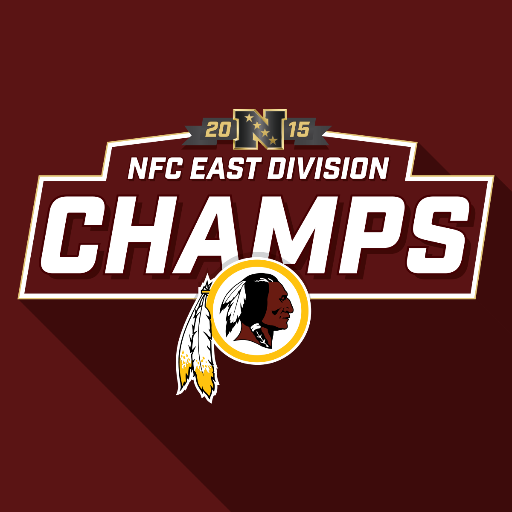 Yesterday, the new Mayor of Washington, Muriel Bowser, made it clear that she would like the Redskins to move back to the District, and to make it possible she would work to find suitable land for a new stadium. This is a reversal in DC policy; former Mayor Vincent Gray made it clear that the Redskins would have to change their name before they would be allowed back in DC.

However, Bowser, so as not to stray too far from politically correct orthodoxy, would not use the word Redskins.Â  Rather, she pusillanimously stated, â€œWashington (Redskins) belongs in Washington.â€

My guess is Redskins owner Daniel Snyder did not appreciate Bowserâ€™s refusal, indeed, discourtesy, of not using the teamâ€™s name. Political correctness is a funny thing. She wants the Redskins to come to DC, but feels compelled not to refer to them by their name.

It is no secret that Virginia’s Governor Terry McAulife wants the Redskins to move to Virginia. His legacy was supposed to be the expansion of the popular welfare program Medicaid. Seems the General Assembly would not go along, but bringing the Redskins here would be a major accomplishment. I think Terry is down with the idea.

He is not the first governor to desire luring the team to the Old Dominion. I remember in the early 1990â€™s then-Governor Doug Wilderâ€™s coup in getting the Redskins to tentatively agree to come to Alexandria on the condition that a stadium would be built in Potomac Yards. However, neighborhood opposition stopped the project.

Snyder clearly likes doing business in Virginia. The team is based in Ashburn, and holds its training camp in Richmond. Why not play the games in Virginia?

In addition, taxes are lower in Virginia; the state will not give him and other executives moralizing lectures about the teamâ€™s name. In fact, far from moralizing on the name Virginia officials will actually proudly say Redskins!

Seems like a deal to build a stadium in the Old Dominion is a no brainer, so mutually beneficial that even Terry McAuliffe could not screw it up.

But, if the Redskins move to Virginia where would it be? My guess is the state would prefer it be somewhere other than Northern Virginia. Two reasons: traffic problems (I-66 is already a parking lot), and neighborhood and community opposition (think of Disney America, and the Redskins proposed move to Alexandria in the 1990â€™s).

It seems to me somewhere north of Richmond would be the best location for the state, say next to Kings Dominion in Doswell. Such a location, with the right financial inducements, could be agreeable to the Redskins. Heck, Hanover or Caroline county would probably pay to build the stadium.

Yes, Richmond is a small market, but in this day and age a pro sports team’s fan base is not limited to the city they plan in. In other words, if the Redskins play in Richmond their fan base really does not change. The fans will still be in the DC metro area.

Let me put it this way, as long as they keep the name Redskins their fans will, for the most part, remain. Whether the city name is Richmond or Washington is irrelevant. My father-in-law lives a mile from FedEx field, and he has never been to the stadium, but he is a diehard Redskins fan. If the team plays in Richmond will it matter? Probably not, he will continue to root for the burgundy and gold.

You may have a smaller crowd and stadium, which is already happening, but as long as the team has the same TV contracts and jersey sales their value will remain strong.

We can’t even support the current AA baseball team. I don’t see it happening.

My guess is that it is going to go to the richest county in the nation…right here in Loudoun and it will be next to Dulles airport where noise isn’t a problem. Likely near the Rt 606 future Metro station. Virginia doesn’t care about the name Redskins, Virginia has the largest Redskin fanbase, and NOVA has significant disposable income. Time will tell.

Oh dear God no. Put them anywhere but Dulles/Loudoun.

I’m not saying I like it but I see it as the most likely solution. 1) Snyder makes big money; 2) The “Redskins” name is kept intact; 3) McAuliffe can actually do this and would like to do it; 4) It helps the floundering Dulles airport; 5) It helps the floundering Metro; 6) Developers really want to build the “Dulles City” and this would certainly help. There are just too many positives from that location that will draw the power brokers to the same conclusion.

I hate it but it makes sense. The western counties only think they have a traffic congestion problem if this scenario ever comes to fruition they will have seen nothing compared to what is coming there way given expected stadium development spin off.

I don’t think the Richmond market would be the best for a team. We don’t have a history of supporting sports teams very well. A HUGE stadium in Richmond that is full every week? I don’t see it. I do think it’s rather ironic that the Redskins name is being challenging in our PC capital. That’s just hilarious…..When you see historic monuments being mowed down in Louisiana, don’t think we’re not next. Our Monument Avenue is on a clock. I think if the Redskins moved to Richmond, the team would come along with some new version of the team’s name. We’ll see. The progressives are so much better at this game than the conservatives. They’re always thinking long term. The conservatives sadly stay in reactive mode.