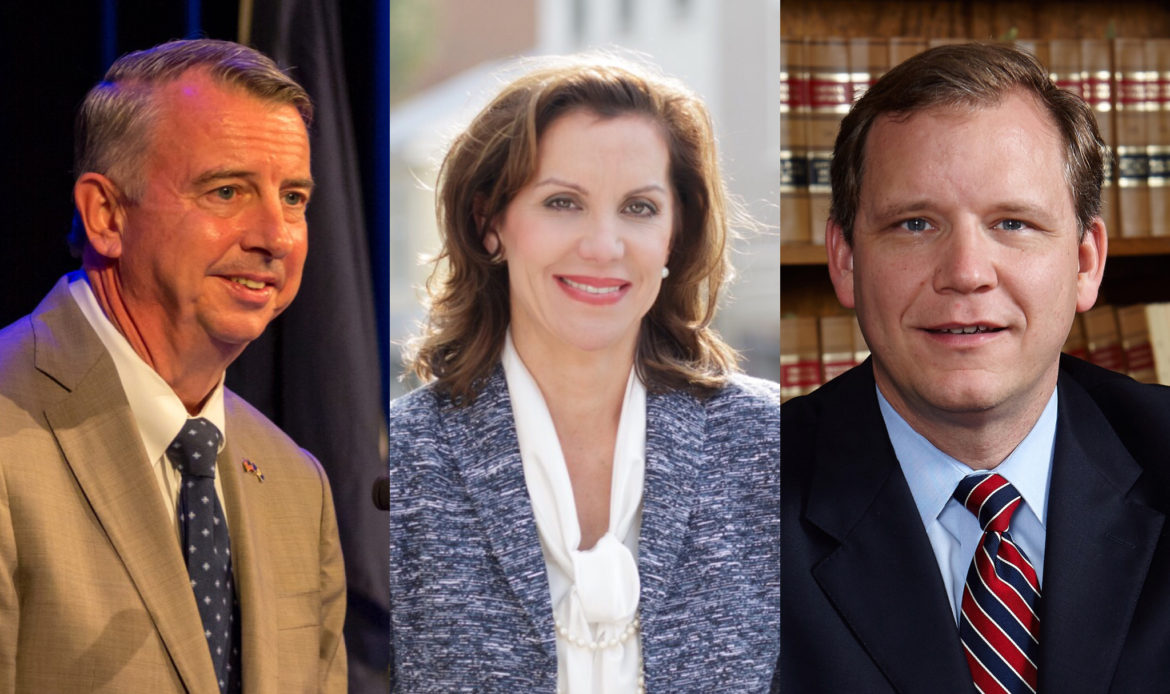 The Richmond Times-Dispatch makes it three for three

The Richmond Times-Dispatch has endorsed all three of our Republican candidates for statewide office.   Last week they endorsed Ed Gillespie for Governor saying:

Gillespie revives the pragmatic, open-minded Republican Party that for so long served Virginia well by emphasizing effective government that focuses on core responsibilities while limiting regulation and keeping taxes as low as possible. In an era of screamers, Gillespie speaks in calm tones about shared goals and specific policies to address both recent declines and longstanding problems. He offers multitudes of incremental progress rather than misleading promises of pure utopias. He is a realistic conservative who understands the gradual changes in Virginia — and is able to appreciate and protect the improvements while recognizing the problems, which are frequently spurred by creeping blue-state calls for bigger and more intrusive government.

His campaign has focused on helping boost economic growth and job creation. Its centerpiece is a highly responsible and straightforward plan to cut every Virginian’s state income tax by 10 percent. Despite hysterical claims to the contrary, Gillespie’s tax reforms will let workers keep more in their wallets, while protecting the commonwealth’s ability to meet its fundamental responsibilities, with a comfortable margin of error. He knows, unlike most Democrats, that more government spending is not the cure for all that ails society…..

Gillespie backs charter schools as an alternative public-school opportunity for students who need a better education. He has outlined specific plans for expanding cooperation among governments, businesses, and faith communities to address issues such as foster care, adoption, and prisoner re-entry, where Virginia’s performance can certainly improve. He understands the need to act prudently on health care, so that its demands on the budget do not squeeze out funding for education and public safety. He recognizes that reforms to the state’s burdensome certificate of need program will ultimately benefit patient care and costs.

Perhaps most important, Gillespie knows that while Virginia remains a prosperous, dynamic dominion, it also faces strong competition — for jobs, businesses, students — from nearby states, especially those to the south. Virginia’s natural assets, enviable workforce, and outstanding universities have long provided competitive superiority. But those advantages can be forfeited if the commonwealth’s regulatory regime, budget discipline, and entrepreneurial appeal are allowed to decay. Gillespie talks often and persuasively about the unbreakable link between economic growth and social progress. As governor, he will deliver on Virginia’s potential. He has earned our confident endorsement.

Read the entire editorial at the above link.

From the Vogel endorsement:

What’s more, despite lambasting Vogel for marching in lockstep with the GOP — a false charge — Fairfax apparently does not deviate anywhere from Democratic orthodoxy. By contrast, Vogel has parted ways with Virginia Republicans in several key areas, including gay rights, gerrymandering reform, and environmental protection. Yet she has stood up for important conservative ideas such as school choice and free enterprise.

Vogel’s defense of her most infamous legislation — an ultrasound bill that could have required transvaginal probes — is unconvincing. Her recent decision to campaign with the rabble-rousing Corey Stewart, while perhaps tactically useful, is still disheartening. But on the two most important measures — readiness to serve and political philosophy — she is the clear winner. The Times-Dispatch is pleased to endorse Vogel for lieutenant governor.

Not exactly a rousing endorsement but we’ll take it.

The Times-Dispatch really doesn’t like Mark Herring but they praise John Adams.

If Mark Herring had simply declined to defend Virginia’s marriage amendment prohibiting same-sex unions, that would be one thing. But the attorney general went further. He joined the plaintiffs who were suing his client, the Commonwealth of Virginia — despite the fact that he had voted for that very amendment as a state legislator.

Nor was that decision a one-off driven by the unique aspects of the case. Herring also hired outside counsel to defend Virginia’s voter-ID law rather than let his own office handle it. He settled a wrongful-death case, leaving taxpayers on the hook for $4 million, rather than argue that Dominion was the responsible party. (Democratic Rep. Donald McEachin represented the plaintiff.) Serving as in-house counsel to the commonwealth is the attorney general’s primary role. What’s the point of running for the office if you aren’t willing to do the job?

His views on other issues track with establishment conservatism. We disagree with some of them — in particular, his view that marriage “is between one man and one woman.” But he is at least willing to uphold state laws that permit gay marriage, regardless of his personal opposition to the practice.

Modesty and restraint like that would qualify as a refreshing change in the office. Accordingly, The Times-Dispatch endorses Adams for attorney general.

They nailed it on John Adams.  It’s time for Mark Herring to leave the office to someone who will defend the laws of the Commonwealth.

Read the complete endorsements at the links above.

The Richmond Times-Dispatch makes it three for three was last modified: October 30th, 2017 by Jeanine Martin

If, as the polls that are not rigged by the establishment indicate, Gillespie tanks next Tuesday, the GOP could well be locked out of a statewide Virginia win for an entire decade. Thanks to Bob McDonnell. The gift to Democrats that just keeps on giving. HB 2313 sound familiar? Vaginal ultra sound sound familiar, ladies? And, why have Norment, Howell, Cox, all not been on the stage supporting Gillespie?

Will it be a real cliffhanger next Tuesday that can go either way? Or, has Trump, Ryan, McConnell, and McDonnell, all screwed the Virginia Republicans into the ground with their lies?

Fairfax is probably the strongest of the three right now. Even without the union vote, won’t Fairfax bring in the black vote? And, while blacks are at the polls with all their picture ID’s, birth certificates, DNA samples, etc., they sure as hell ain’t going home without voting for Northam and Herring. No way they are going to vote for the brunette version of Kellyanne Conway, or, two white-wing, power company, establishment, con artists.

Could Fairfax put Northam in a double digit win next Tuesday? If so, why bother to even run against Kaine in 18’?

Kaine is probably the biggest loser in town. But beyond that, do you still think the black vote will go to the Dems even as whitey removed Mr. Fairfax from his flyers? Whatever McDonnell did is nothing compared to the rest of the swamp. Burn it to the ground!

Fairfax isn’t supported by his own fellow-Democrats, but you think he’s going to win anyway? Curious!

I will agree, though, that Fairfax is probably the strongest of the three. Just keep in mind that “strongest of the 3” is not the same as “stronger than his opponent.”. It says far more about how weak the other Democrats are, than it does about anything else.

The RTD understands why so many of us have been so frustrated with Mark Herring’s performance as Attorney General, especially when he won the narrowest of elections by a margin that does seem to exceed the number of people who likely voted illegally.