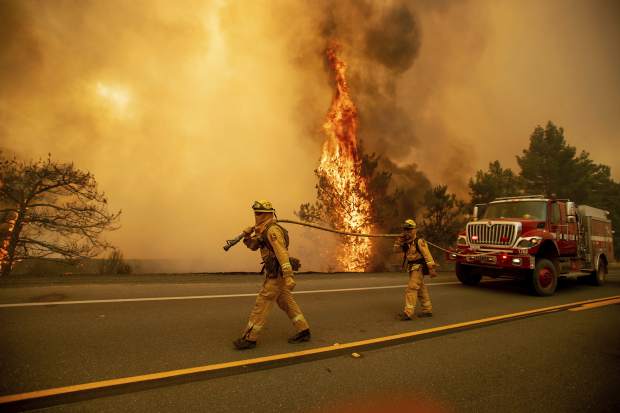 The Rise and Fall of Climate Paradigms – Part 1

The phrase “settled science” has itself settled like a carnival barkers excited bellowing over any public discussion of “climate change.” It’s the ultimate huckster’s tool used by the ruling class elites, one-worlders, and socialist extremists to quash debate among us – us being the grubby unwashed rubes of the world.

Just this past week, the government published a massive new report, the fourth  National Climate Assessment, endorsed by a dozen or so federal agencies, all of whom under the former Administration had real skin in the climate change debate. There is, after all, trillions of dollars at stake – not their money you understand, but your money. Also at risk are the life styles of the developed world; again not their lifestyles, but those of average folks who can’t fight back.

No one should be surprised to learn that this report’s conclusions are extremely dark, and designed to scare the be-jabbers out of everyone. It basically states; not only is climate change bad, it’s getting much worse than anyone thought, and there is very little hope to avert the disaster that surely awaits us, if it’s not too late already – but we must try nonetheless. Send money.

Its predictions are so drastic that they make Al Gore’s asinine pronouncements made in his scare movie, An Inconvenient Truth, released in 2006, look like they should be on Sesame Street.

Of course, not even one of Mr. Gore’s predictions proved correct – yes, Manhattan is still there!

Others noted that the report’s claim of continued new “severe and extreme weather patterns,” is not even correct; that in the last one hundred years major weather events have actually been trending down, not up. One detractor observed that the executive summary claims that heat waves in the U.S. are more common than any time since the 1960’s, which is contradicted in detail “buried” in the report itself that demonstrates that heat waves are in fact no more common today than at any time since 1900, and that the great Dust Bowl during the 1930’s was the most serve heat wave during the last one hundred years.

The nation’s politically corrupt media complex, including the major newspapers, featured the National Climate Assessment as a major story of the day to hammer the Trump Administration on “climate change denial,” inferring that Hurricane Michael that destroyed Mexico Beach, Florida, and the terrible wildfires in California this year, were just tokens of the weather tragedy’s waiting for the U.S. because of inaction on climate change.

In regards to the wildfires, critics noted that the report cherry-picked wildfire statistics, stating that fires in the U.S. had jumped dramatically from 1983 to 2016, presumably due to higher than normal temperatures. In 2016 there were over 67,000 fires reported. Yet the report failed to note that between 1960 and 1983 the reported wildfires were dramatically higher, with 1981 reaching over 249,000 fires. In fact, historically there have been over 100,000 wildfires on average annually, strongly suggesting that there is no direct correlation between the number of fires and temperature.

Of course, the major public relations purpose for this report, and others like it from the U.N. and various think tanks (there seems to be no end of the financial snouts stuck into the money trough) is to lead the unsuspecting citizens of the world to believe the science on “climate change” is settled. Period. There is no room for argument and no time to debate the issue. We must put everyone on bikes and all become vegans, or else, pronto!

Even the Pope agrees that climate change is a catastrophic crisis that demands immediate action no matter the cost, as does the Archbishop of Canterbury, numerous mainline denominational leaders, and inexplicably, some notable U.S. Evangelical leaders who darn well ought to know better. (These leader’s basic lack of economic understanding on how God’s economy works is staggering, given the fact that He even explains it in the Scripture they purport to uphold. But, that’s another story for another day.)

If there is one certainty in science, it is that there is no such thing as settled science. The very definition is a contradiction – like stating that water is wet.

From Aristotle’s inauguration of the study of the science of the natural world, every age has found the past age in error. Aristotle’s science itself was supplanted by others; Copernicus, then Galileo, followed by Kepler, Newton; themselves overtaken, leading to Einstein and thousands of others since.

Within the lifetime of many of us, what was considered “fact” only decades or years ago in virtually every scientific field has been overrun by new discoveries and continuing research.

Of course, the marketing catch phrase “climate change” itself suggests that the earth’s climate shouldn’t ever change from what it is this very moment, regardless of the fact that climate patterns have changed from the first day of this planets existence, and there has never been an era where climate patterns didn’t change.

The hubris of man knows no boundaries, as King Salomon reminds us in the book of Ecclesiastes from three thousand years past.

Over the years I’ve written numerous articles, the last two here and here, on the “settled science” of the climate change, using historical climate events to bring context to the discussion. Predicting climate patterns based on forty or fifty years of weather is absurd on its face – legislating life-altering changes on society at the cost of unknown trillions of dollars is madness, and frankly immoral.

Most of the powers of the world, from the Canadians in North America, the European Union, and hosts of other countries seem absolutely determined, regardless of what their citizens want, to turn their economies and their prosperity into mush. They seem almost blinded by the belief that they – and they alone – can bend the arc of history by their will, changing the creation of energy from what is plentiful in nature, petroleum, to that which is difficult, expense and inefficient. All the while, the enemies of human freedom, especially the Russians and Chinese, are waiting like lions on the Serengeti for the economic and military domination they believe is their destiny.

In the United States, madness was narrowly escaped by President Trump’s withdrawal from the Paris Climate Accord, and the Administration’s determination to open the production of what is now virtually an unlimited supply of American oil and natural gas – of which we are the world’s largest producers in a mere two years.

For one, I will happily state that the weather show trends, sometimes up and sometimes down. And where it can be shown, with real science, that there are anthropogenic, man created, causes that can seriously affect those trends, and ultimately change weather patterns, then where we can we should do everything possible to limit our harm.

But that is not where we are. At this moment we have a cabal of far left radicals and socialists, academia and the media complex, global profiteers, scam artists, and institutions that want federal research money. Many of these, sadly some within our own government, like NASA, have already been caught red-handed time and again over the last two decades changing statistics, falsifying records and selectively using facts to stampede the world into various funding schemes under the banner of saving the planet.  The real goal is to upend modern life, and to seize control of how and where people live their lives.

You have to ask, when there is no reasonable alternative to petroleum based energy anywhere close on the horizon, why are they doing that? What is the end game? Who wins and who loses?

The Rise and Fall of Climate Paradigms – Part 1 was last modified: December 3rd, 2018 by Michael Giere