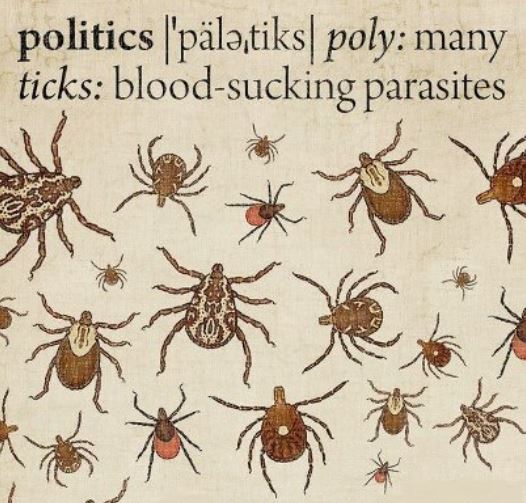 The Rise of the Political Class

Yesterday I noted polling of the race for governor in which Republican candidate Glenn Youngkin showed remarkable strength among minorities — 25% support from Blacks and 55% from Hispanics — along with a shrinking majority of Whites. That poll might have been an outlier, so I don’t want to make too much of it. But, if it is a fair representation of popular sentiment, it lends credence to the idea that American politics is undergoing a seismic realignment, and we’re seeing that realignment here in Virginia.

For most of my life, Democrats were viewed as the party that stood for the interests of the “working man” and minorities, especially Blacks. Republicans were seen as representing the interests of the overwhelmingly white middle and moneyed classes. That’s rapidly changing. Increasingly, the Democratic coalition encompasses a highly educated White vanguard allied with the “marginalized” elements of society against the interests, represented by Republicans, of the broad working class and middle class regardless of race or ethnicity.

The key to understanding this transfiguration is what I have referred to often as the “political class” — most recently in a post headlined, “Parents and the Political Class.” In that post, I suggested that the aims of the political class were antithetical to the interests of the middle class.

In the comments, Bacon’s Rebellion contributor Dick Hall-Sizemore asked me what I meant by “political class.” It’s a reasonable question. The meaning is not self-evident, but understanding the nature of the political class is fundamental to comprehending the deep structure of society and politics underlying the daily headlines.

When I use the term “political class,” I am thinking not only of elected officials and senior government officials in policy-making decisions but the panoply of people working for trade associations, advocacy groups, lobbying firms, campaign consultancies and others who make their livelihoods getting people elected, influencing public opinion, and shaping laws and regulations.

The political class is not a “class” in the classic Marxian sense. Writing in the 19th century, Marx divided humanity into the aristocracy, peasantry, bourgeoisie and proletariat, depending upon the relationship to the “means of production.” He did not foresee the evolution of the United States in the 21st-century.

To the extent that the political class extracts wealth from society through what economists refer to as rent seeking, it is similar to the old landowning aristocracies of Europe whose nobles performed no useful economic function. Admittedly, it is a different kind of aristocracy. Status is not conferred by birth. Status and power are largely earned — although, to be sure, family connections and wealth give some budding redistributors a head start over others.

Marx wrote of “class consciousness,” a recognition by, say, the proletariat, that all proletarians shared a common interest in opposition to the bourgeoisie. There is no consciousness in the early 21st century among politicians and their coterie of minions and hangers that they comprise a distinct class. But a lack of self-consciousness makes the class no less real. What America’s political class has done is embrace a distinctive and defining ideology — call it wokeness — centered on race, social justice and climate change that gives it purpose and meaning.

Obscuring the development of consciousness within the political class is the division into two partisan factions, which we know as the Democratic Party and Republican Party.

Of the two factions, the infinitely more powerful is the Democratic Party. Democrats have driven the United States in the direction of greater federal government power relentlessly over the past century. Republicans, whose ideology favors smaller government, have fought a rearguard action. The so-called Reagan Revolution was not a revolution at all. It merely delayed the march of the U.S. toward becoming an all-powerful unitary state. Indeed, these days one can make the argument that Republicans under Donald Trump abandoned their small-government creed and opted for a strong government that serves their constituencies.

Regardless of who wins the most elections, Democrats have far greater and more enduring institutional power. That’s because their worldview aligns with that of another class — one you won’t find in Marxist theory but which libertarian (and transgender) economic historian Deirdre McCloskey refers to as “the clerisy.” Members of this intellectual class, entry of which typically requires a university education, predominate in industries and professions that shape mass culture. Universities. News media. Publishing houses. Hollywood. Music. Museums. Think tanks. And, increasingly, K-12 schools.

Again, I am talking about class in conceptual terms. In the real world, there is so much mobility between the clerisy and the political class that from a sociological perspective, the two have become virtually indistinguishable.

It is a mistake to assume that members of the political class and the clerisy seek only to enrich themselves — although, to be sure, they fare far better financially than ordinary Americans. Very few are centimillionaires or billionaires who made their money in business (an activity that is held in low esteem, again, like Marx’s aristocrats). But many do fall into the so-called “one percent” of top income earners, and many more into the second percent. Joe Biden, who once described himself as the “poorest man in Congress” has managed to accumulate $8 million to $9 million in net worth — a small fortune to most Americans. Barack Obama, who devoted most of his life to public service, has wealth valued at $70 million.

No, what sets apart the political class is the exercise of power, which is an end unto itself. The modern-day political class and clerisy have taken it upon themselves to transform society from stem to stern. Their shared ideology, wokeness, casts middle-class Americans with traditional values as bigots, racists, and anti-scientific climate deniers, in sum, the enemy. Those Americans, who have been largely ejected from the seats of private institutional power, seek redress through politics under the banner of the Republican Party. For a time Donald Trump was their tribune.

Whatever future Trump may have in the reconstituting Republican Party, significant elements of the Black and Hispanic communities — particularly middle-class business owners, church goers, and military veterans — reject the ideology of wokeness and are shifting allegiance from Democrats to Republicans.

Occasionally, I refer in my posts to the “ruling class.” In Virginia today, Democrats and their factotums and allies comprise the ruling class. They are raising taxes, re-engineering the energy economy under the guise of combating climate change, using the institutions of K-12 and higher education to pit racial “oppressors” against their “victims,” and cleansing the culture of traditional icons and memorials. I sometimes call them “rulers” because many of the changes they are imposing on the country have not come about as a result of the legislative process. To an increasing degree, change is driven by regulatory action, lawsuits, and mob rule.

Republicans are no paragons of Democratic governance, as the Jan. 6 events at the U.S. Capitol and persistent cries that the “election was stolen” remind us. But they are not the initiators of the political sea change. They are lashing out against forces unleashed by the political class/clerisy who, regardless of who sits in the White House or in Virginia’s governor’s mansion, will continue to command the dominant institutions of this country.

There are many more nuances to explore, but this is enough for now. I hope to have provided some clarity about what I mean when I refer to the political class.

The Rise of the Political Class was last modified: October 8th, 2021 by Guest Contributor James Bacon

Make no mistake Democrats are not the party to represent the working American nor are they they party to have the backs of parents of school age children.

Don’t know how this ended up on this article. Was meant for the redistricting one. I will copy over there.

Some visit out of interest in issues, not personalities.

Others, not, obviously. The Mano a Mano is tiresome.

It’s 2021 — who needs a political party to figure out how to vote? We are awash in information sufficient to choose for ourselves. Party lines are observed by the small-minded and lead to bickering among the micro-minded jokers.

Much too intelligent and articulate for inclusion here. Pearls of wisdom for which we can all be thankful after the stream of drivel that precedes it, much of which illuminates and renders choice simpler. Pearls before Jokers!

For sure this article is of a higher order of thought. I would guess you to be a Never Trumper. Bacon here describes for you, the death of your party. Neocon and Corporate RINOs are dead for now. Notice how the neocons, see Bearing Drift (also Corporate Rinos who were looking to suck of people like Eric Cantor…now gone) have gravitated towards the Democrat party. Buckets of Crap like Bill Kristol are now Democrats because they see what Bacon says here. That the corporate and financial powers have clearly seen the Democrats the winner for now. What billioinaire doesn’t give massive political donations to the Democrats. So their personal little fortunes aren’t to be had being little Rinos…
The Democrats figure to hand out enough welfare and wave the Imperial LGBTetc banners to get both the low class and the stupid vote… all the while they have captured the monopolistic Big Tech control…
I guess you will need to go over to the Democrats like those jackasses at Bearing Drift have done… Good riddance. It is more lucrative of course…