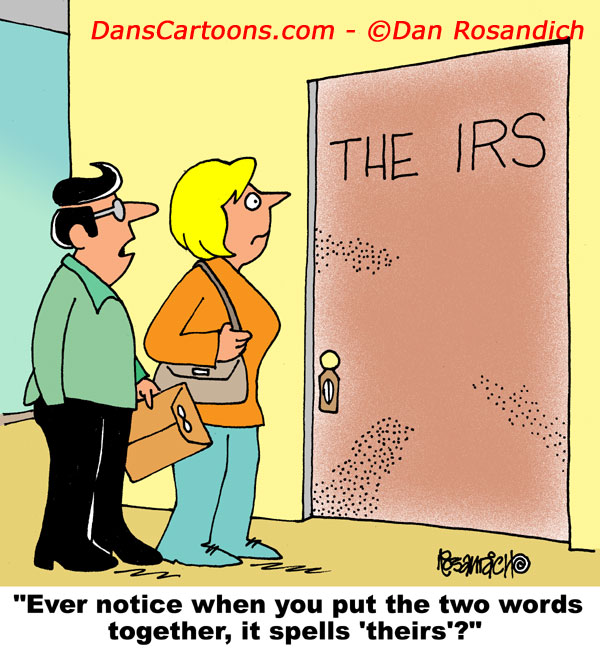 This is a cautionary tale for my readers, written out of my own experience. Iâ€™m not posing as a financial expert, but I do bring nearly sixty years of gainful employment and successful investing to the table. Along the way, I have gleaned a few tidbits of useful knowledge. I want to share some of these with my readers with respect to the fairly new Roth Individual Retirement Account.

Most adults probably know that the Roth IRA is an account into which an individual places moneys on which he has already paid income tax. The accountâ€™s funds can be invested in various financial instruments â€“ i.e., stocks, bonds, mutual funds, etc. â€“ as the investor desires. The earnings and growth of the account are not taxed. The law says the Roth accountâ€™s funds may not be accessed by the investor until he reaches age 59&Â½ â€“ at which time he may start withdrawing the funds without tax obligation.

The new Roth model is an alternative to the original IRA account, which weâ€™ll call Type A. An investor can invest a limited amount of untaxed moneys in a Type A account. As in the Roth account, those funds may earn and grow without tax obligation, provided that the investor doesnâ€™t touch the money until age 59&Â½. Then he can withdraw any or all of the accountâ€™s funds, which are taxed as ordinary income in the year of withdrawal.

Established in 1981, the Type A IRA had a dramatic effect on the American securities markets â€“ the extent of which I believe is still not entirely appreciated by historians or the general public. People even as old as age 50 may not fully grasp the fact that the booming stock markets of the last 35 years were not always with us. To understand this, weâ€™ll look back 55 years, to right after JFKâ€™s radical tax cuts reduced the top income tax-rate from 92% to 70%. The countryâ€™s emotional depression from JFKâ€™s assassination had abated, and there was great optimism about the future. I distinctly recall hearing a 1966 report that the Dow Industrial average had closed within a whisker of 1,000 (i.e., 995).

Between 1964 and â€˜68 my own salary doubled, as I rode the wave of the 1960s computer revolution. My wife had our second and third children during that span. We bought our first house in 1965, and a bigger house in 1969. The future seemed bright.

But the 15 years following 1966 did not play out as expected. Instead of peace and prosperity, Americans got 8 years of Vietnam War, Great Society welfare explosion, two wretched political assassinations, wage-price controls, Watergate, a vice-presidential resignation, a presidential resignation, communist takeover of South Vietnam, the Carter â€œmalaise,â€ galloping inflation, 18% mortgage-rates, the Iran hostage-crisis, and invasion of Afghanistan by the Soviet Union. By the time Ronald Reagan took office in 1981, the Dow had zoomed toâ€¦ 800. (Not one of the great epochs in our history.)

Mr. Reaganâ€™s tax cuts are much credited â€“ and rightly so â€“ for the booming economy which characterized his administration, as well as the later presidencies of George Bush-41, Bill Clinton, and George Bush-43. But creation of the Type A IRA also played a key role in that prosperous era by pumping billions of new dollars into securities markets â€“ thereby sending values soaring. Despite a market scare in 1987 â€“ which some mistakenly expected to herald a permanently crashed market and a new Great Depression â€“ the Dow more than doubled by the end of Mr. Reaganâ€™s second term (1989). Even Mr. Obamaâ€™s incompetent attempts to establish New Deal II â€“ and the resultant financial doldrums pertaining thereto â€“ failed to hold down resurgent markets.

What does all this have to do with the Type A and Roth IRAs? This is where my investment experience and old-fogey skepticism come in. When you invest for the distant future â€“ e.g., retirement â€“ itâ€™s good to consider what might happen if current tax-rules change.

For Type A IRA accounts, untaxed money is invested, while only withdrawn moneys are taxed. Itâ€™s unlikely that the government will stop taxing the withdrawn funds (a good thing), or tax invested moneys before withdrawal (a bad thing). Then what other change could occur? Probably none. If the government decides to tax new moneys before investment â€“ while still taxing withdrawn funds â€“ Type A accounts would become unattractive, and people would stop investing in them. So no future risk is apparent for Type A accounts.

But the Roth accounts are a different matter, with different prospects and risks. With Roth, the government turned the entire IRA construct around by taxing new moneys before investment, but promising not to tax funds that will be withdrawn at retirement. The risk? Obviously, that the government might welsh on the promise not to tax the withdrawn funds. Could such a change happen? Yes, it could. In fact, it has happened before. This is the â€œhistorical caution.â€

When the Social Security was enacted in 1935, the promise imbedded in the law was the same as for the Roth IRA. Workers would pay their FICA taxes (or premiums) with already-taxed moneys. In return, the law promised that Social Security benefits paid to retirees would not be taxed. It seemed like a good deal. Voters embraced it.

Unfortunately, that good deal didnâ€™t survive. In the Social Security overhaul of the 1970s, a new law eliminated the untaxed-benefits promise and instituted taxation on up to 85% of benefits for retirees whose retirement incomes exceeded a certain level. In other words, the government welshed on most of the original deal, leaving only a small vestige of Social Security benefits tax-free. Because the effect of the change would be felt only far in the future for most workers, scarcely a complaint was heard. The â€œwelshersâ€ got away clean.

The key protection for Type A IRAs is that the tax-free part comes first, while taxes are paid later, at retirement. But taxes are paid up front on both Roth IRAs and Social Security, with the promise that benefits will be tax-free. Clearly, that promise didnâ€™t pan out with Social Security. So with respect to the Roth IRAs, do we feel lucky?

Young investors need to learn from this history and analyze risks accordingly. The possibility of the government welshing on the Roth IRA deal is very real â€“ now more than ever, with both Social Security and the overall federal budget heading for rough waters. Remember, it was V. I. Lenin who said, â€œPromises, like pie crusts, are meant to be broken.â€

Meanwhile, brokers, financial advisors and politicians are pressing investors to convert their Type A IRAs to Roth IRAs. This, they are told, will ensure a â€œtax-free retirement income.â€ But will it? It could be a setup. Donâ€™t take the bait. Thereâ€™s absolutely no guarantee that the Rothâ€™s tax-free deal will survive. If you have a Type-A IRA, hang onto it and watch it grow.

Of course, if you trust your government, go right ahead and make the switch. And good luck to you. Youâ€™re going to need it.

The Roth Temptation (and a Historical Caution) was last modified: January 1st, 2022 by Woody Zimmerman

Stick to what you know, otherwise you may only present one side of an issueâ€¦like you did.
Consider another perspective- especially the part about grandfatheringâ€¦ https://www.investopedia.com/will-roth-ira-withdrawals-be-taxed-in-the-future-4770847

“Mr. Reaganâ€™s tax cuts are much credited â€“ and rightly so â€“ for the booming economy which characterized his administration” Not true

Woody you are absolutely correct, don’t trust our government under current thinking