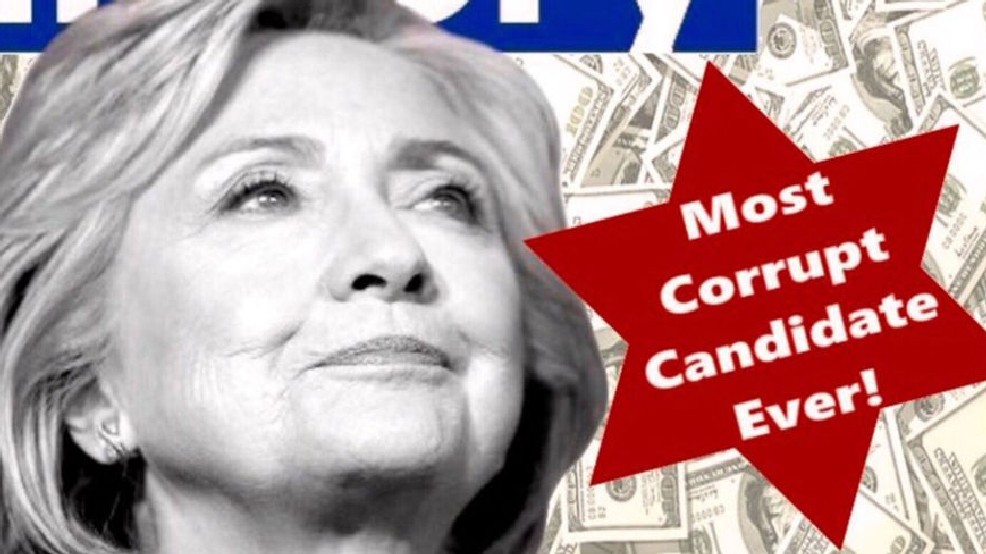 The Saga of Hillary’s Corruption Continues

IRONIC!!!  Could anything more appropriately describe what is happening to Hillary Clinton?  Virtually everything that affected and now affects her political future starts and ends with sex.  It began with rape and molestation involving Bill Clinton and now involves sexual perversion with Anthony Weiner.

When the Director of the FBI reopened the Clinton case, he did not do so because of what had been discovered through the original Clinton e-mail scandal, but through the investigation of Anthony Weiner’s “sexting” with a minor.  Huma Abedin, Weiner’s estranged wife, appears to be the linkage between Clinton and Weiner, and that linkage involves a number of electronic devices containing data that was not examined during the original FBI investigation.

Whatever has been discovered, Comey could not risk sweeping it under the rug.  He is already in trouble with his FBI peers for his decisions regarding his non-prosecution of Clinton, an action that exceeded the mandate of the FBI and assumed the role of the Department of Justice.  If reports are true, Comey is being treated as a pariah within the FBI and is sitting on a pile of resignations tied to his political support for the Clintons.

There is a lot of speculation as to what has been discovered.  Reasonably, it has to be substantial and almost certainly tied to an abuse of national security and money laundering.  The larger question is does it involve the President, the Democratic National Committee, the Clinton campaign, and the Clinton Foundation.  The consequences of the investigation could easily spread far beyond the nation and impact a wide variety of global interests and powers.

With only a few days before the national election, the FBI would normally stand down and wait for the election results before acting.  What the FBI has done is unprecedented and frightening in its implications for the nation.  Only the corruption of the political process, the criminal abuse of the Rule of Law, and the damage being done to the Constitution warrants such action.

There is an ancient warning to those who would abuse power.  It is “Those whom the Gods wish to destroy, they first make mad”.  One wonders if Hillary, with all of her health problems, can withstand the onslaught of the Gods.  Regardless, this situation is truly ironic with sex at its foundation.