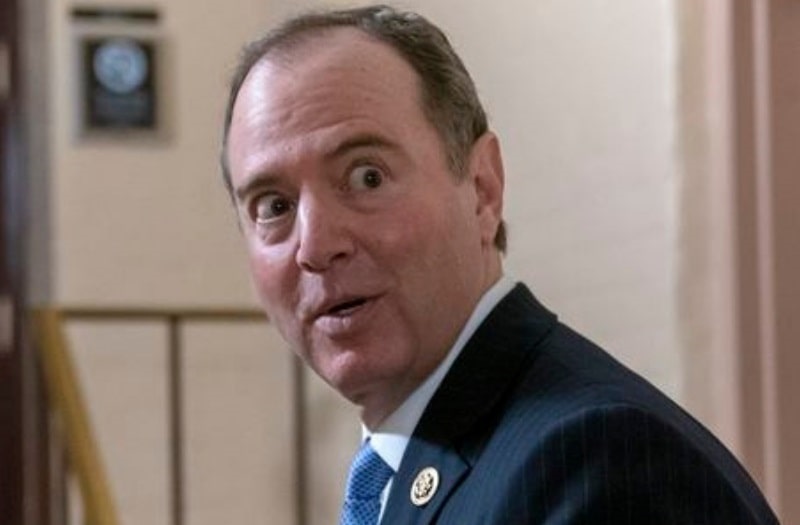 To most conservatives and Republicans, the Schiff Show is a pile of Schiff.  As such, it fits right in with a couple of recent incidents from the news. I present these stories in no particular order.

A Los Angeles woman, Heidi Van Tassel, was assaulted by a homeless man who yanked her out of her car and poured a bucket of hot and well liquified Schiff on her.  The poor woman was soaked head to toe. The police arrived to help her clear her eyes so she could see. The firemen pulled off her clothes, wrapped her in a blanket, and took her to a nearby hospital where she was tested for infectious diseases.  Van Tassel is quoted as saying â€œhe doesnâ€™t need jail time. He needs mental health care. I have empathy for him because he needs helpâ€.

(This was a premeditated crime involving a biohazard.  Van Tassel will have to be tested every three months to make sure that she has not contracted a life threatening disease or diseases.)

A Denver businessman, Jawaid Bazyar, has been fined for not cleaning up the Schiff in the immediate vicinity of his business.  Bazyar stated that he and his staff have stopped cleaning up the mess because it is a health hazard that they canâ€™t deal with. The problem is that Denver is not enforcing the law associated with public health and safety.

Â Â Â Â Â (Denver is transferring the cost of public health and safety to the private sector.Â  Essentially, if you actually run a storefront in Denver, you better have hazmat gear and disposal equipment, employees trained in the handling of hazardous materials, and keep up to date with OSHA regulations for nuclear, biological and chemical contaminants.Â Â Â

The newly elected San Francisco District Attorney, Chesa Boudin, has said that his office will not prosecute cases involving quality of life crimes.  This includes public urination and Schiff. His idea is to decriminalize poverty and homelessness.

(What would Boudin do if a homeless person came into his office and dropped a load of Schiff on his carpet.  After all, this is certainly a quality of life crime. Will Boudin keep his promise?)

The fundamental connection between the DC Schiff Show and these other â€œshowsâ€ is pretty obvious.  All take place in out-of-control cities run by Democrats.