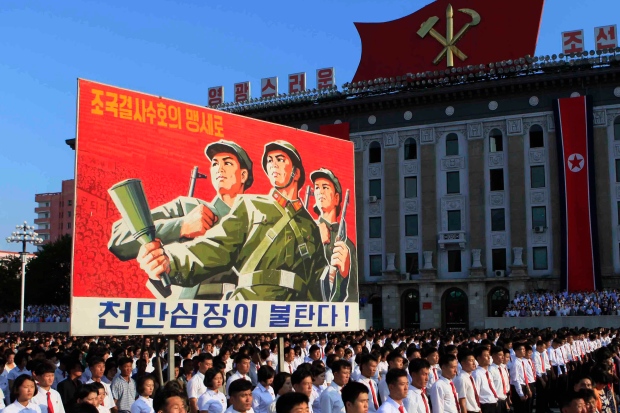 The Technological Prowess of North Korea

For most of my career in government, I was a Science and Technology (S&T) Administrator for the US Navy.  As such, I have a pretty good idea how we got to the current North Korean situation.  Here is my assessment:

During the Carter presidency, a major change in maintaining military superiority occurred.  The Carter idea was that a fielded technology advantage was sufficient to deal with any enemy.  Essentially, a smaller but technologically superior military would not only save money but take advantage of the nearly across the board technological superiority of the United States.

The Reagan presidency expanded considerably on this idea through the Strategic Defense Initiative, which involved a massive expenditure to advance militarily relevant science.  The Reagan adaptation of the Carter policy placed the then Soviet Union in the untenable position of trying to out compete the United States.  Simply put, the Soviets could not out compete without encountering massive economic and social damage to their already fragile empire.  Eventually, the competitive pressures led to the breakup of the Soviet Union and the freeing of the Eastern European captive states.

The Clinton presidency was one that opened the cookie jar of defense technology to the world.  By giving the Department of Commerce rather than the Department of Defense the authority to transfer technology, much of the technology carefully protected for decades by the defense S&T community was now “available for sale”.   (As an aside, if an S&T administrator wanted to stop the technology transfer, he or she had to fill out a 30 plus page request not to transfer with the obvious perils of being ignored regardless of the protestation.)

The transfer of key missile and guidance technology to the Chinese and thus the North Koreans was devastating to the technology community.  Many administrators either retired or changed jobs not wanting to participate in what they considered to be an undermining of the US military and the creating of a situation where an enemy might have fielded technological equality or even superiority.

Following the Clinton presidency was a Bush presidency that was consumed by the 9/11 Islamic terrorist attacks and the need to inflict punishment on the perpetrators.   The elimination of the Saddam Hussein and his Iraqi state as well as the destruction of a Taliban controlled Afghanistan was the focus of his military decisions.  The Obama presidency was chaotic and neglectful when it came to military affairs, and was focused primarily on the mid-Eastern and other Islamic states. Significantly, the knowledge of North Korea’s advances in missile and warhead technology was well known throughout the intelligence community.

The Trump presidency now has to deal with over two decades of presidential neglect of North Korea.   Ignoring the situation is no longer realistic when the bellicose leadership of North Korea launches missiles that have the potential to strike US and allied nations with miniaturized nuclear warheads.

Just today, I was reading an article about Pearl Harbor and how America’s leadership underestimated the Japanese intentions.  Few in power at the time felt they were a serious threat even though words and actions of war were ever present.  I pray that war can be avoided, however, the situation demands that we pay attention and do not assume or underestimate the capabilities and resolve of what is a historically very evil and insular North Korean regime.

This article is just another crock of BS. Mostly nothing but a lie. Trump ain’t going to deal with nothing but making himself rich. He is a lie just like you. Nixon opened up China. Any guidance system from 25 years ago would have been developed by Communists long before now. The US made and continues to make Communist China what it is for the benefit of the uber rich. We ain’t going to do s–t to China, except export more jobs and factories to them. Trump is the perfect emulation of the Republican philosophy, nothing but a lie. See link;

The sharing of music and art is not the same as the sharing of military technology. Apparently, you do not understand the distinction.

Essential information – thank you for educating those of us who were unaware of some of this info. I knew each president’s general stance toward NK, but was previously unaware of the sharing of technology under Clinton. It seems that set the gears in motion for the situation we face today.

You have made a great assessment of how we got into the mess. Having spent a year serving in Korea in the late 1990’s during my military career with the knowledge that most considered Osan AB to be merely a speed bump for the northern , I am praying hard for our service people in harms way. This could get ugly quick.