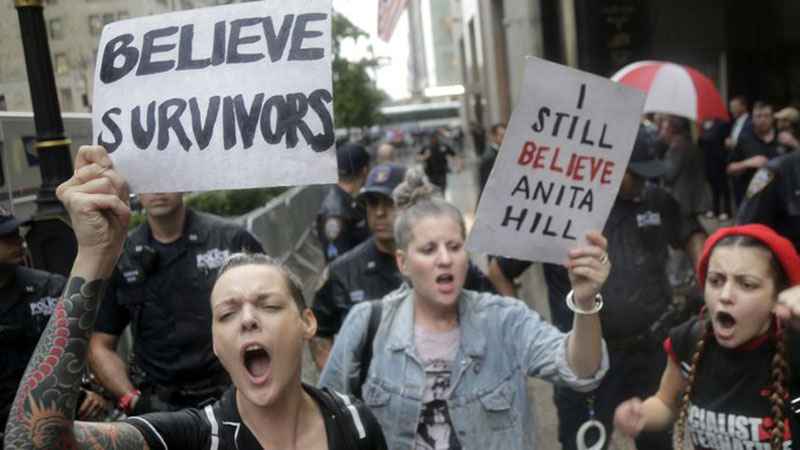 The tip of the spear?

The conventional wisdom surrounding Christine Blasey Ford’s sexual assault allegation is that she simply misremembered events from nearly 4 decades ago.  That she wished her testimony to remain anonymous. That all misstatements of fact could be explained by the stress of testimony. That her behavior was credible enough to be believed regardless of the lack of facts or corroboration.  That she was an innocent and a victim.

There is, however, another explanation.  That the opposite is true. That Christine Blasey Ford was not a victim but a willing participant in a plot to undermine the confirmation of Judge Kavanaugh to the Supreme Court.  That she was the tip of a political spear thrown from the left.

Ford’s opening statement addressed her fears but then transitioned under questioning to a curious misstatement regarding flying to the Senate hearing.  Ford couldn’t explain her fear of flying excuse for testimony delay, and the related facts she did admit contradicted that excuse. Something was wrong.

There are other contemporaneous problems – the lack of polygraph results and therapist notes, the modifications to her social and professional profile, the allegations of past unethical and even criminal activity, the friend and family connections to the FBI and CIA, and, of all things, the purpose of two front doors on her house.

Senator Feinstein held Ford’s accusatory letter for nearly two months during which time action was taken to embellish Ford’s credibility and hide uncomfortable details of her life.  At the appropriate time, after the Senate Judiciary Committee had finished its discovery, Feinstein released the Ford letter. This threw the confirmation process into chaos and created a number of delays.  (But all such delays, not withstand a couple of ridiculous claims by other women, focused on the uncorroborated allegations and then conflicting testimony of Christine Blasey Ford.)

This idea that we should believe without proof, and be allowed to destroy reputations and lives without proof, is horrific, and officials in the federal government should be investigating the “tip of the spear” alternative explanation of events.  Fundamentally, if there was a plot to sabotage the constitutional rights and responsibilities of American citizens, then that attempt needs to be exposed and dealt with. The plotters need to be indicted, tried, and imprisoned in accordance with the laws of the American Republic.

We either maintain our constitutional republic or descend into anarchy, – and watching the protest mobs scream and physically bully others gives credence to concerns about the latter.  (Not insignificant is that these howling mobs have been and continue to be goaded into violence and abusive behavior by the Democrat leadership.)

The tip of the spear? was last modified: October 7th, 2018 by Dr. Robert Warren