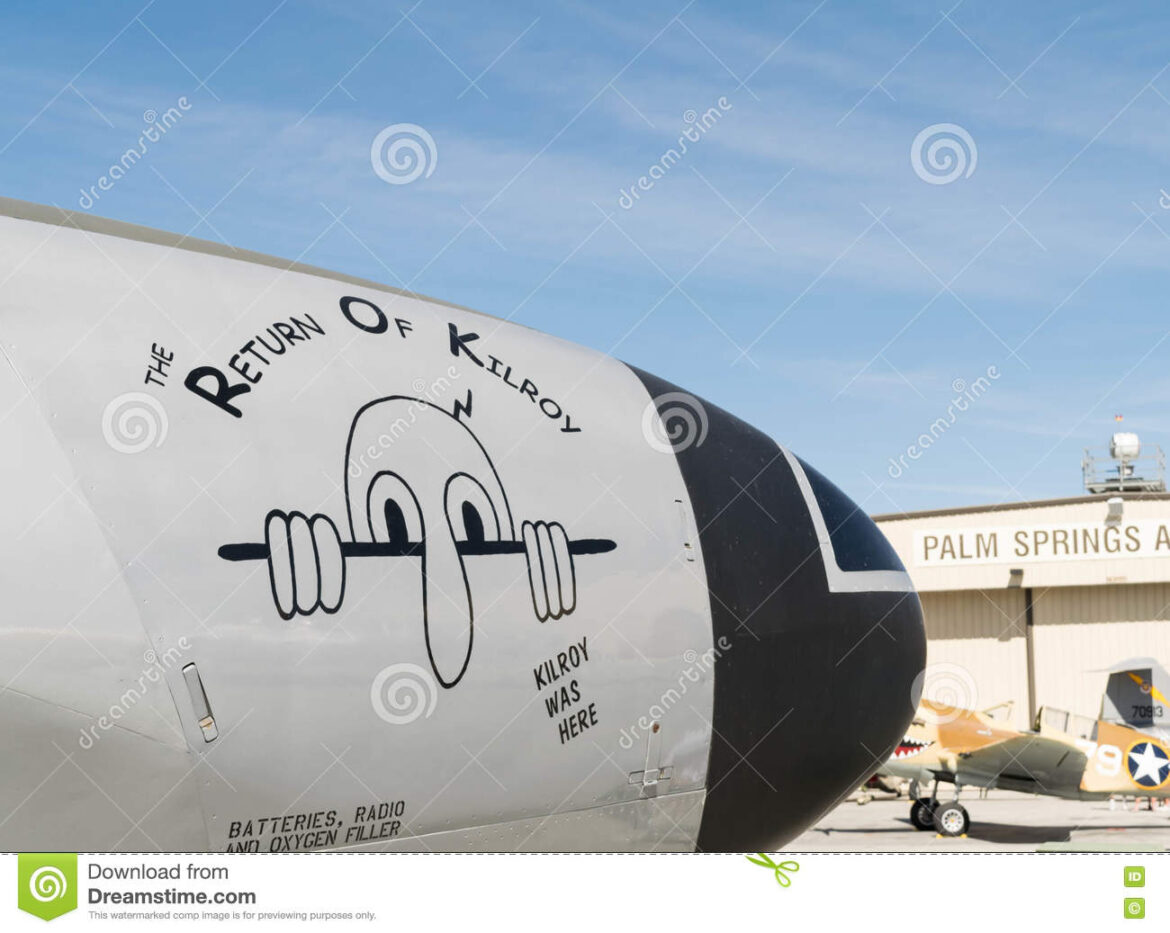 Democrat officials are again accusing the dirty-trickster Zolatar of engineering political messes of the Biden administration. The latest sign of the shadowy operative’s influence has been the sudden national craze for transgender conversions and activities – including irreversible surgeries on children, men competing in (and winning) national championships of women’s track competitions, and activists’ insistence on allowing transgendered persons to use restrooms and locker-rooms that match their gender of choice.

Democrats have always been supportive of civil rights for the transgender community, but some party members began to suspect that something fishy was going on when a strong push suddenly emerged to extend the transgender movement into the animal realm.

“It all sounded so reasonable, so kind,” said one tearful individual (of uncertain biology). “He said we were all animals, so why shouldn’t non-human members of the animal kingdom have the same right to choose the gender that suits them best – just as we humans can. Who imagined that he planned to carry the campaign into veterinary clinics and even the zoo? It was horrible…!”

The NYPD reported that 200 animals escaped from the Bronx Zoo when the first sex-change operations were attempted there. Zoo officials admitted that gorillas and chimpanzees destroyed the entire ape-house before escaping into tony neighborhoods nearby. One apartment resident reported seeing what looked like a chimp, but assumed it was just another strange resident in her building. “We’ve got some pretty odd characters living here,” she told reporters.

Investigators later determined that the leader of the animal transgender movement described by the informant was almost certainly the notorious Zolatar, who has been pursued for decades by officials of both political parties in the USA.

Democrats are now decrying what they believe to be the dirty-trickster’s political interference in venues wider than just the transgender movement. One Democrat-official’s critiques of various party platforms and office-holders were captured on a microphone he probably didn’t realize was live:

“Transgender-operations at the zoo? For the luvva Mike, it’s Animal House on steroids! This must be Zolatar’s work. No ordinary person could screw up this badly by accident. There had to be an insider planning and carrying out these crazy stunts.

“And now climate-change is our ‘greatest existential threat?’ Are you kidding me? Who comes up with dumb stuff like this? The average Joe – not Biden! – believes his greatest existential threat is being out of work when he hits age 55. He wants a safe neighborhood, decent schools for his kids, and medical insurance that doesn’t cost an arm and a leg. He doesn’t want to give up his car, his comfy home and cheap, dependable electricity – all to keep the earth from warming 1/10th of a degree by the year 2100.

“Joe is OK with reasonable numbers of foreigners entering the country legally, but he doesn’t want mobs crashing in and demanding free stuff that he’ll end up paying for. He wants good roads, sound infrastructure and a safe community. Joe wants his kids to get a quality education. He doesn’t want his daughter assaulted in the school restroom by some guy wearing a skirt. If she runs track for her school, he doesn’t want her beaten out by a trans-gendered male. Joe has no problem with minorities, but he doesn’t like being pushed around by organized gangs of them. He thinks we’ve had more than enough of the racial agitation.

“So now our party’s ‘Noble Cause to Die for’ is abortion on demand – including killing live babies at the very moment of birth. Wow! There’s a sure winner. We’ve always tried to help women not to have 15 kids and die having number 16. But those days are long past. Modern contraceptives mean that no woman has to conceive a child if she doesn’t want to. We’re aborting a million kids a year, and 40% of them are minorities! Is that compassion? Is that a ‘legacy?’ Is that helping people of color? Why do leaders of our party – the ‘party with a heart’ – think they can win votes by supporting this atrocity? It stinks to high heaven. These policies must be dreamed up by drunken frat-boys or inmates in the nuthouse. Zolatar has to be involved…”

The aroused party-official went on to comment on the current president and vice-president:

“So now we have Joe Biden stumbling around the Oval Office, looking like he doesn’t know where he is. Who’s managing this guy? He can’t articulate a coherent sentence! Is his finger anywhere near the nuclear button? God help us, I hope not.

“And that giggling flopsie in the Second Chair – what genius thought she was a good choice? She might be in charge at any time, if Joe falls over. OK, we didn’t like Trump. I get that. But was this pair really the best we could do? Who else could have engineered this freak-show except Zolatar? He’s probably in the White House right now, running the whole crazy circus.”

Earlier investigators have delved into the theory that Zolatar was responsible for scribbling “Kilroy was here” in some unlikely places. Historians say the earliest known instance was on Confederate earthworks outside Petersburg, Virginia, in 1864. Another famous occurrence appeared on the north face of an Indonesian skyscraper, at the 46th floor level. Investigators have no idea how that inscription was accomplished, or who might have done it. (Removal of the Kilroy-graffiti reportedly cost $1 million in labor and equipment charges.)

Investigators also believe that Zolatar engineered an infamous event in upstate New York, during Senator Barack Obama’s campaign-stop at the 2008 gathering of the American Indian Nation. The dynamic young senator spoke for almost an hour about improving the lives of his “Red sisters and brothers.” At the conclusion of his speech, chiefs of the AIN’s Council presented Mr. Obama with a plaque inscribed with his new Indian name: Walking Eagle. The senator accepted the plaque and then departed in his motorcade, waving to the crowd.

A reporter later inquired about the new name the chiefs had given to the senator. They explained that “Walking Eagle” is the name given to a bird that is so full of shit that it can no longer fly.

Officials in the Obama-campaign furiously accused Republicans of orchestrating the Walking Eagle fiasco, but GOP officials denied any involvement. “If the moccasin fits, then wear it,” said one unnamed Republican. Investigators believe one of the war-bonnet-wearing chiefs at the ceremony was almost certainly Zolatar, but they got no confirmation from the AIN Council. The chiefs seemed unable to communicate in “white man talk.”

With the transgender movement running full-tilt, Zolatar-hunters aren’t sure if they’re after a man or a woman – or some unknown combination of both genders. At this writing, the Zolatar-squad is looking into which House of Representatives members sponsored a new bill that would require every business or government agency with more than 50 employees to have at least 5% of its workforce staffed by transgendered persons. The bill would also provide funding for gender-modification operations to help businesses and other institutions reach their required transgender staff-levels.

Leaders and volunteers of the transgender movement – possibly including Zolatar – are fanning out across the country, seeking signatures to a petition that demands replacement of Supreme Court Justices Kavanaugh and Barrett with transgendered nominees. The authors hope to collect 1 million signatures before presenting the petition to Joe Biden, with a request for “immediate action” – before Republicans take over the Congress.

When activists asked Speaker Pelosi to form a new Transgendered Animal Committee in the House of Representatives she declined, saying that members had already “made monkeys of themselves.” (The Speaker later claimed that her remarks were “taken out of context.”)

Is this a great country, or what?

Even the animals know this entire transgender nonsense is a crock.

If a lie is outrageous enough and told often enough, it becomes real regardless of whether it is true or not.