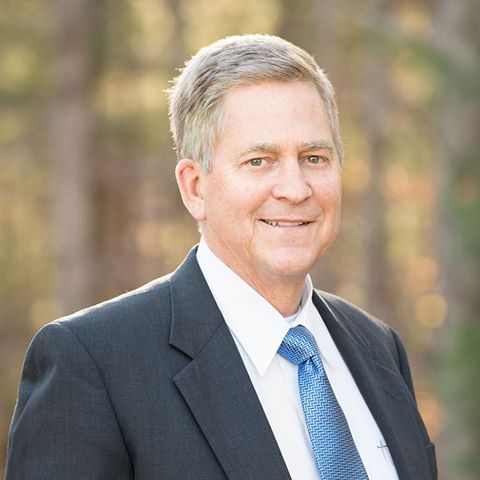 The Truth About Scott Sayre

From Saul Alinsky Rules for Radicals:  In the beginning, the organizer’s first job is to create the issues or problems.

The mudslinging in the race for the Sixth Congressional District Chair has gotten extremely nasty as of late, with bizarre allegations being made about potential conflict of interest charges against Scott Sayre for having hired Cynthia Dunbar as a consultant for his factory in Buena Vista.  Mr. Sayre’s opponent, Jennifer Brown, has called on Mr. Sayre to resign because he hired Mrs. Dunbar to work for him.

First off, there is no law that I’m aware of saying that one person cannot hire another person for a job.   For the record, even though I am the head of the Shenandoah County Tea Party (or was till recently) does that mean I am barred from having hired former DC councilman Harold Brazil to be a lawyer on my behalf?  I hardly think so. And for the record, Sayre Enterprises only hired Mrs. Dunbar before she was running for Congress – not after she was. If Sayre Enterprises knew or did not know she was running for Congress or considering doing so was immaterial.

See where I’m going here – this whole thing should be a joke – but it’s being played all over social media because the Old Guard of the Sixth District GOP has nothing else to offer.

Third, the fact is that Sayre has NOT endorsed anyone for Congress – and even if he had – so what?   Scott Sayre has the right to endorse anyone he wants for Congress – but he has not. He has however said some very nice things about Elliott Pope and Mike Desjadon – both of whom are running for the same seat that Cynthia Dunbar and Ben Cline and Chaz  Haywood and several others are running for. I am the 6th Magisterial District Chair of the Shenandoah County GOP.  I endorsed Ed Gillespie for Governor in 2017. My position is not as prestigious as Scott Sayre’s but it is a recognized position in the Sixth Congressional District GOP.  Oddly enough, Jennifer Brown supporters like Roger Jarrell and never minded when I endorsed Ed Gillespie for Governor and worked on his behalf during the primary.  I was allowed to do so, because everyone understood this was a private endorsement – NOT A SHENANDOAH COUNTY GOP OR STRASBURG GOP ENDORSEMENT.  And there is a huge difference – one that people who support Jennifer Brown either are too blind or too stupid to understand. And didn’t Roger Jarrell, who refers to himself as Jennifer Brown’s fiancée, endorse Ed Gillespie while he was head of the Rockbridge/Lexington GOP?  If you go down the list of endorsements for Ed Gillespie, you’ll see several people who have also endorsed Jennifer Brown. Including members of the current RPV State Central Committee. So shouldn’t Ms. Brown, in all fairness, require that Nancy Dye not endorse anyone or that Ms. Dye step down from her position on SCC?  Of course not – because Ms. Dye is endorsing Jennifer Brown as a person, not on behalf of the SCC.

Sounds to me like the members of Team Brown are behind in the delegate count.  Certainly too many members of Team Jennifer and the Sixth District Old Guard have learned from Saul Alinsky and are doing everything they can do to divide the party when we need unity the most.

The Truth About Scott Sayre was last modified: March 29th, 2018 by John Massoud

John, you’re missing the whole point. Scott Sayre and Cynthia Dunbar both knew that their business relationship gave the appearance of scandal. With no context, it looks very sketchy – and I’m sure they both knew it.

Neither Chairman Sayre nor Mrs. Dunbar chose to disclose and explain the nature and extent of their recent business ties until the financial reports were released recently.

I’m glad that their business arrangements were on the up and up, but Scott Sayre and Cynthia Dunbar are only the victims of their own questionable judgment, NOT some “Vast Establishment Conspiracy.”

So was she working on the bumper sticker or t-shirt assembly line?

How dare you call me stupid and blind because I support Jennifer Brown!. I have been involved with Rockbridge County and Lexington Republicans for years, and have served in public office. Never have I seen such machinations from a supposed Chair of my district. You owe me an apology. I know who I am and who I support and I am incensed that you insult me this way.

Thanks for the post.
There is a bit new information here.

My opinion is a bit different.
The matter of Freddy Burgos and
The machinations of the Sixth District
In the run up to convention and primary time
Are ugly and a turn off to voters , IMO.
Norm Leahy may be right in musing that the Sixth ,
A safe district might not be.

Watching Ms Dunbar’s debate performances
Chaotic and confused might be a polite view of it.

Mr Sayre can release the delegates , now
Or the matter will go on ,voters will turn off in the Sixth
And lots of money will pour into the Fifth District
Reminding voters about the stellar character of Mr Burgos
And his curious opinions about Jews , Muslims , and whatever
Other rants he posted.

The gop just doesn’t learn. You spread all this BS out, stinking up the entire state. It just gives people regardless of district one more reason to stay home on election day. Didn’t learn anything with Cantor, or no game Ed or Twitter Trump. The citizens are burned out from all the BS. Why are you still throwing turds?

Nice try to throw shade in a meaningless fashion. It’s all about manipulating rules and not releasing delegates. So then: #ReleaseTheDelegates !
But Scott won’t. Why? He has them. Just release them. All this piece amounts to is a smokescreen. Get them released. Talk is cheap.

Scott Sayre has not seen who the delegates are. Please stop suggesting otherwise

How do you know John? He has the lists, but he didn’t look at them? That would never hold up under scrutiny.

Running for office is a decision that places her employment well within the decision-making window and provides seed money for a campaign. Would like to know what services she provided Sayre. How about asking Sayre’s Controller?

John that is absurd on its face. When I was YRFV chairman I knew exactly who and how many people registered for our convention. I needed to know that for planning purposes. So please stop with this nonsense that Mr. Sayre doesn’t know who has registered for the 6th district convention. Don’t hand me a scoop of yellow snow and tell me it’s a lemon snow cone.

Nail hit square on the head in this good short article!

When the Right Wing of the Uni-Party, the Republican Party Establishment, has nothing to offer — they habitually resort to Uncle Saul’s methods. Freeze the target and kill it. And that’s all the Establishment side has to run with, that and their endless bag of dirty tricks and scheming, particularly in this 6th District race to party nomination. However, don’t complain! There is a silver lining in all of this. In running their schemes and scams, the R-Establishment and their operatives are gas-lighting themselves, and by the way, making our work all the more easy.

As to Scott Sayre, I have to give him this even if I don’t agree with him in all things. He is willing to fight. And I have a great respect for anybody willing to take on the Swamp Slime and prevail … and endure.