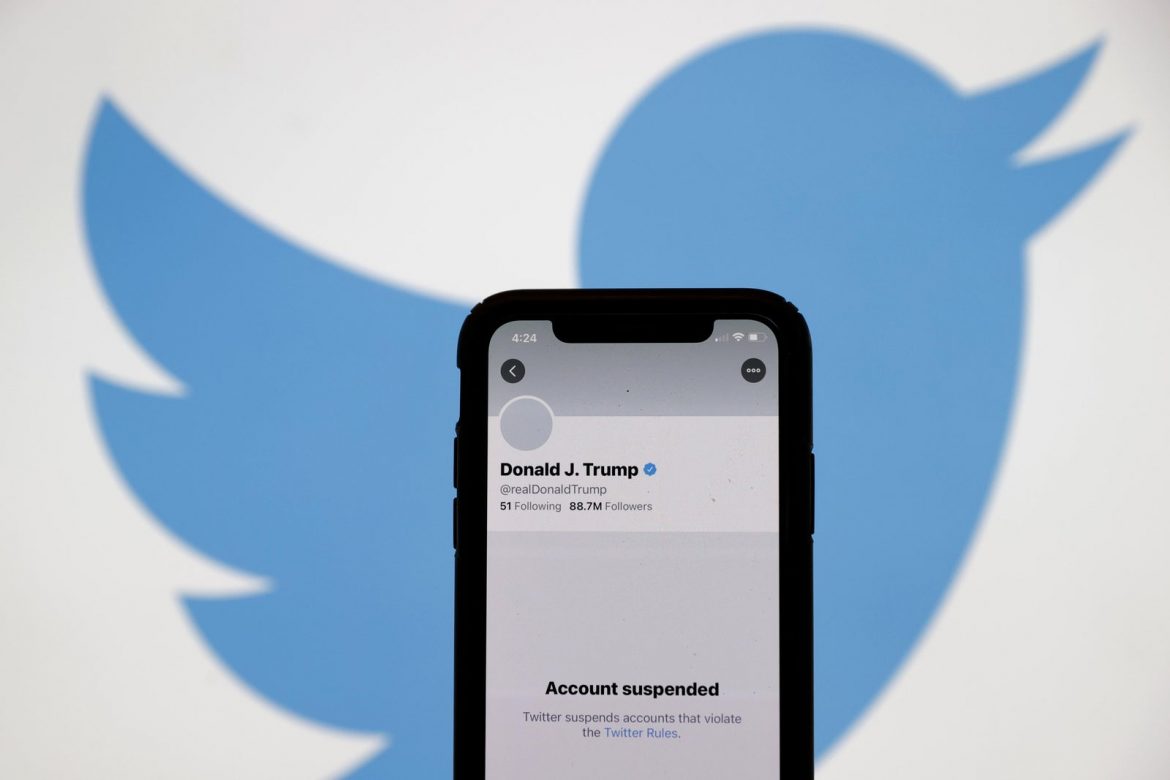 In the â€œCutting off your nose to spite your faceâ€ award category of insanity and stupidity, Twitter has joined an esteemed group that includes Gillette and the NBA.  By banning Donald Trump, Twitter effectively banned all conservatives on their platform â€“ Rush Limbaugh, Dan Bongino, Greg Gutfeld and others shut down their accounts in response to the draconian banning of President Trump.  A number of interesting things have followed:

Twitter stock dropped when its shareholders realized that consumer traffic was about to decline rather precipitously,  Further, a minor competitor, Parler, suddenly got lots of exposure and increased  â€œeyeballâ€ traffic because it was rumored that President Trump would set up shop using their platform.

Well, this scared the absolute bejeezers out of the â€œmasters of the universeâ€ so they attacked Parler.  The Parler platform was suddenly banned or â€œde-appedâ€ by the likes of google, apple, amazon, and more.  The censorship was obvious and invited considerable criticism – but done it was and more to follow.

Among the more interesting aspects of this Twitterverse debacle was the response by the online comment community.  Suddenly, people began exchanging ideas as to how to beat what was seen as obvious abuse of freedom of speech and association.  I list some of the ideas in no particular order.

Gab.com has suddenly seen a massive traffic increase at last report at least 800%.  Yes, thatâ€™s right, 8 times the previous traffic.  Gab is loving it because it sees itself as independent of the â€œmasters of the universeâ€.  To accommodate the traffic increase, they just went out and bought a bunch more servers.  Parler is currently offline and is looking for a host.  It will be interesting to see who picks them up.

Because of Amazonâ€™s banning, people are now looking for alternatives to Amazon.  After all, Amazon is convenient but that is about it.  You can get what you want from e-bay, Walmart, or the company itself.  People are cancelling prime accounts.  Some have suggested ordering one battery and then returning it.  Obviously very costly to Amazon.

Because of the google and apple (safari) banning activities, people are looking for new browsers â€“ and there are lots of them.  Often mentioned is duck-duck-go.  I am trying out brave.com, and am so far pleasantly surprised.  The silly thing here is that you donâ€™t have to use a particular browser to get to a site you want to use or the information you need.

Oh, google apparently banned President Trump from using g-mail so that he couldnâ€™t communicate with his supporters.  (Memo to self, find some other approaches to email and make sure they are really secure.  Not to be paranoid, but you never know who might be watching.)

I have only listed a few items above, but it is clear to me that the â€œmasters of the universeâ€ are pretty dangerous to my liberty and even my life.  It also appears to me, that they are in the process of becoming â€œmisters or even mistresses of the universeâ€â€™  The days of their dominance are coming to an end â€“ and they are doing it to themselves.