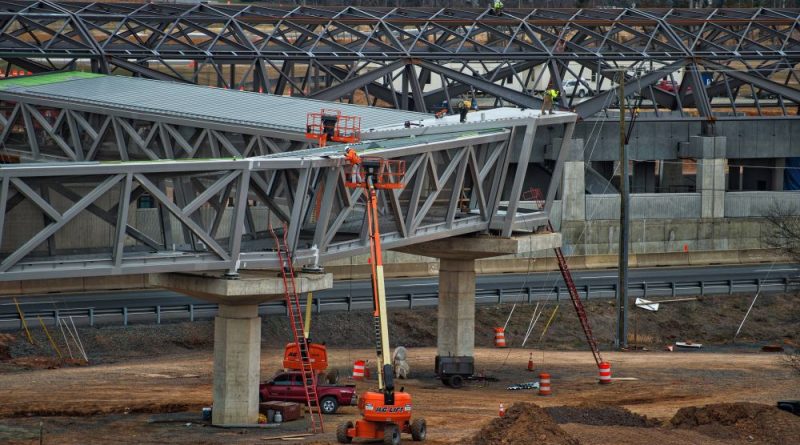 The unintended consequences of stupidity

Loudoun elected officials such as Matt Letourneau now wants Loudoun residents to believe this mess is the fault of Democrats. He is partially correct in that WMATA’ s systemic dysfunction and poor performance is the result of Democrats use of WMATA as a jobs program for 30 years . This is the basis for a 2.5 billion dollar deficit pertaining to Health Care and Retirement costs. What he does not acknowledge is that he and Ralph Buona and a few other misinformed and easily hoodwinked members of the previous board made this your problem.

Now elected officials from both parties are trying to find pockets to pick to fill the WMATA hole. They need as many pockets as they can find.

Matt and his cronies want more State money. They want some families in Lexington or Tidewater to help pay for this mess.

Phylis Randall wants the Feds to save the day. She is of the belief that some family in Kansas or Arizona is obligated to pay because a GS 7 living in Vienna is using Metro to get to work in DC therefore the sins of this subsidized and dysfunctional organization should be covered by a much larger pool of taxpayers. She is both blind and mute to the issue of reforms required to make WMATA viable. The very Unions that are the culprits here are her base, so as a good Democrat she finds relief in your wallet as opposed to much needed and obvious reforms from her union buddies. Further, she is an advocate of hoisting the burden onto the Feds avoiding the pressure of having to tell those of loved the idea of the Silverline they actually have to pay for it. This is in no way leadership.

They are all avoiding the tough decisions and bending themselves into pretzels to avoid the truth. They are however focused like lasers on getting more of your money to solve their mistakes , political cowardice, and cover for their allegiances to both developers and unions. The only ones getting screwed are tax payers. Trust me Matt Letourneau’s developers and Chamber cheerleaders are all going to make out quite well. Phyllis Randall’s Union supporters will also hum right along retaining their very lucrative contracts that are the primary drain on the system. These folks will all be fine.

You however will be asked to pay for this for a very long time. Be it in state, federal , or local taxes you will pay for Loudoun’s share of the WMATA problem.

My hope is that the tax districts created for the purpose of funding the Silver Line to LOCO is the first to experience the pain of expanded taxation. Those who supported and lobbied for the Silverline should be first in line to pony up the additional costs of the Silverline. I might add that these costs were predicted yet ignored by the 5 Republicans who voted to opt in.

Poor Ron Myers has inherited a mess. I suspect like the others he’ll be forced to look to anyone other than those within his district to pay the freight. That of of course is wrong and his district should be the first place we look for money. Time to pay up is coming soon.

Sorry folks you wanted it now you gotta pay for it . It’s just that simple.

By the way anyone scene Scott York lately? Ever since The Silverline has gone to hell in a hand basket Scott York is MIA.

Hey Republicans Let’s all remember it was Scott York’s inability to do math that gave us the Silverline and his ego gave us Phylis Randall as Chair. Let his legacy be as follows:

Scott York , the man who gave Loudoun County billions in WMATA costs for as far as the eye can see and a Democrat Chairwoman on the BOS. Well done Scott.

Supporting this man was the biggest mistake I’ve ever made pertaining to politics.

The unintended consequences of stupidity was last modified: April 8th, 2018 by Greg Stone

“My hope is that the tax districts created for the purpose of funding the Silver Line to LOCO is the first to experience the pain of expanded taxation. Those who supported and lobbied for the Silverline should be first in line to pony up the additional costs of the Silverline. I might add that these costs were predicted yet ignored by the 5 Republicans who voted to opt in.” I totally agree. The FIRST thing the board must do if Metro’s costs go higher is RAISE the tax on this district, in particular, the station-centric tax districts, which t o my knowledge have not been implemented yet. My feeling was that if the people in Ashburn and Sterling wanted this thing so badly, they should pay for it — not folks in Leesburg, Purcellville, Sterling Park, Lansdowne or South Riding. Now, what Mr. stone and other opponents of metro need to do is stop beating up on the folks who voted for it because that train has left the station, to use a pun. instead, ask the GOP board WHY t hey have not raised the tax rate in this district beyond the 20 cents>? You may find out that it has a lot to do with certain “friends” of the Board (Comstock Homes and Eric Wells , owner of Mercure Business park) and MWAA. So, this is where activists need to be applying pressure, or else, the supervisors will just throw Metro’s costs into the general operating fund, as they did with the loser fixed route buses and Silver line metro buses (now costing taxpayers some $3 million a year in subsidies).

Oh no, the metro vote sticks to them forever, same as Jelqing.

Who were those Metro votes again and why?

Is that the same Comstock we know and love?