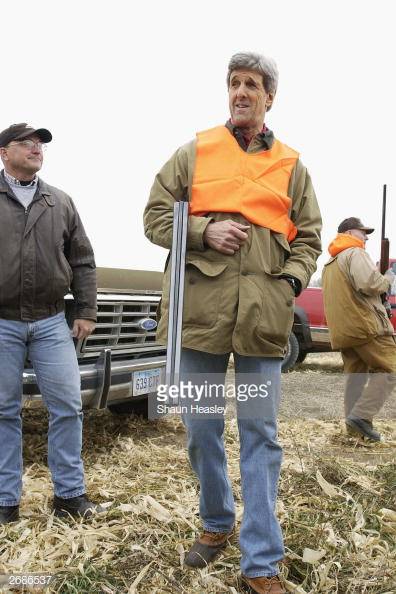 Back in the day, whenever our baseball team had fallen into a slump, one of my old coaches would order extra batting practice for all – even if our problems seemed to be only substandard play in the field. Coach always said hitting was a “fundamental” that influenced everything else. If we were doing it well, success would follow.

Mr. Dooley famously said, “Politics ain’t beanbag.” It ain’t baseball, either, although it can be hardball. But fundamental things are just as important in politics as in sports. When a political team is losing, smart leaders take the team back to fundamentals to try to put things right. Every so often that happens on our political scene.

Info-babes and guys new to politics might be surprised to learn that Democrats’ 3-year sob-fest over their 2016 presidential election-loss is not a first-time occurrence. In fact, pundits and Democratic politicians went into deep soul-searching about “values” after voters shocked them in 2004 by reelecting George W. Bush with a margin of 3.5 million votes. The values-issue arose when exit polls indicated that large numbers of voters chose “Dub-ya” over Senator “Francois” Kerry because of values. (Can you believe it?)

Democrat poohbahs complained that their candidate (John Kerry) did not do a good enough job of presenting himself as a candidate who identified with voters’ concerns and values. In other words, it was a failure of form, not substance. They talked as though “values” are something you carry around in a fanny-pack and hand out, as needed – like campaign buttons or pamphlets.

Still others said the problem was the voters, who somehow failed to understand that the issues Democrats stand for should be their greatest concerns – e.g., welfare, Social Security, racial identity, abortion, full equality for gays, transgender rights, caring for the poor, protection of minorities, and open borders. Democrats couldn’t see why hyping this catalog of social concerns didn’t attract large numbers of middle class voters. Some pols darkly suggested that voters were “too stupid” to understand that Democrats are the party of their key interests.

Experience shows that remarkable numbers of politicians seem to think values can be contrived (i.e., faked) via stunts or photo-ops. Thus, they thought photos of John Kerry posing in hunting drag, with a shotgun casually draped over his arm, would convince voters that he really cared about the Second Amendment (although his voting record in the Senate suggested otherwise). Or Senator Kerry attending Mass and taking Communion would show Catholics that he is one of them (although he was crosswise with the Church on abortion and homosexuality).

During one of the 2004 debates, President Bush noted that a list of complaints is not a plan. Just so, values are more than talking points. They are principles by which individuals (or a group) actually live. Values inform the direction (and actions) of one’s life. A politician’s political values drive his formation of public policy – or, at least, they should.

In rare cases, a politician’s values seamlessly inform both his private and personal conduct. Grandpop called it being “whole cloth” – i.e., acting the same way in private, when no one is looking, as you do in public. The greatest leaders in any field are always such people.

It follows, therefore, that casual comments about being an altar boy forty years ago do not necessarily indicate a strong religious faith. A highly publicized day of duck-hunting does not equate to protecting the Second Amendment. And four months of military service in Vietnam do not make you a champion of national defense – especially when that service segued into traitorous anti-war activism, slander of your comrades-in-arms, and two decades of opposition in the Senate to most military weapons-programs and actions to protect our country.

Sometimes a candidate expends large amounts of money and effort trying to persuade voters that his past actions do not correctly indicate his values. Such campaigns become gigantic feats of legerdemain, as when Bill Clinton sold the idea that he was a “new” kind of Democrat. Usually, though, such efforts fail to convince voters.

Senator Kerry waged such a campaign in ‘04. He and his staff tried mightily to persuade voters that he was something besides a New England liberal standing on the “far left bank” of mainstream American politics. But despite the senator’s forensic skills and wholesale massacre of ducks, the effort flopped.

Based on the available evidence, I believe:

The Democrats’ problem in ’04 (as well as in 2016) was that the values they were pushing – values clearly held by the Party’s leaders and core constituencies – were not values held by voters over large areas of the country. This was particularly true in the red states.

What did voters think Senator Kerry’s and President Bush’s values were? And how did they resonate with those values? I thought it would be instructive to analyze a few key American values to try to understand why things turned out as they did.

I list this value first because I think it resonates most strongly with the collective mind of the country. With rare exceptions, every presidential election is basically about how the candidates line up with this value. I believe voters nearly always choose the candidate who makes the best case – by both word and deed – for why he believes in the America of the past, the present, and the future.

What I heard John Kerry say was essentially this:

‘Everything we did for the last four years was wrong. The country is in a mess. The war was wrong. Jobs are going overseas. Racism is out of control. People are starving. The sick are being denied treatment. We’re back where we were during the Great Depression. Americans are lost and helpless. Only I can save the country from itself.’

‘Yes, we have some problems. Some of them are big ones. Some are even life-threatening. We took some hard punches, but now we’re punching back. We are at war with a ruthless foe, and we shall defeat him. America is basically in good shape. We are moving ahead. The future is bright: people have freedom; they have opportunities; they are raising families and building wealth. We can improve on all of this by making government a helper instead of a hindrance. We can solve our problems and we can defeat our enemies. Let’s do it together!’

Although many voters (including yours truly) agree that we do have some big problems, most of us don’t like hearing that those problems are bigger than the American People. That dog won’t hunt. We are a stubborn race. We have pride. We believe we are a great people. And we don’t believe things are ever so bad that only one guy can save us. Senator Kerry’s message with respect to this key value was flawed. Absent a catastrophic event, he could not win with it.

Defense of the Nation.

George W. Bush matured as president by being commander-in-chief during a great national emergency. He sprang to the nation’s defense like the proverbial Lion of Judah. In the wake of the 9/11 attacks, even some of his political opponents said (privately) that they were glad Mr. Bush was president instead of Al Gore. Because of the attacks and the ongoing war, national defense was President Bush’s strongest card for reelection.

Usually national defense is a given for both candidates, and it is considered churlish for either candidate to question the goodness of this value in his opponent. But Senator Kerry questioned it in himself. He knew his Senate record did not show strength on national defense. He also thought his old anti-war activities might raise concerns. So he gambled on the risky stratagem of emphasizing four months in Vietnam, ca. 1968, as his national defense bona fides.

That strategic decision was a disastrous misjudgment by the Kerry camp. Instead of letting his spotted past lie dormant – as most voters were willing to do – Senator Kerry enraged thousands of Vietnam War veterans by dramatically saluting and declaring that he was “reporting for duty” at the start of his nomination acceptance-speech. Those veterans were still seething with resentment over the senator’s 1971 Congressional testimony, when he claimed – without proof – that U. S. forces had routinely engaged in war crimes of the vilest sort. Some analysts believe the 2004 attacks by the Swiftboat Veterans for Truth fatally wounded Senator Kerry’s candidacy by destroying his credibility on this key value. I think his campaign never saw it coming.

When I was growing up, most people lived in a style considered “normal.” Marriage and families were central to this way of life. Of course, there were widows and widowers, as well as divorced and never-married people, but unmarried women having children were relatively rare. So was unmarried cohabitation. No doubt some people had homosexual relationships, but they kept out of sight. The idea of same-sex marriage was nowhere to be found. Most people attended church or synagogue. Schools reinforced the Normal Culture. Its acceptance crossed racial lines.

It is now considered politically incorrect to claim that there is such a thing as a Normal Culture in America. In the postmodern era, the Democratic Party worships at the shrine of “diversity.” Every kind of lifestyle, sexual practice, family arrangement, and public behavior is considered perfectly acceptable – unless the lifestyle involves anything patriotic or Christian. Some social analysts believe acceptance and legalization of pedophilia as a “lifestyle” is just around the corner.

Perhaps imagining that they have thoroughly stomped the Normal Culture, Democrats have eagerly allied themselves with practitioners of non-normal lifestyles: e.g., militant homosexuality, gay marriage, letting biological males compete in female sports, unmarried cohabitation, unrestricted abortion, and even “termination” of children who survive an abortion attempt. Democrats want all of these legitimized, taught and promoted in the public schools.

Attacks on Christianity also are much associated with Democratic supporters. Both blacks and Hispanics – historically some of the Democratic Party’s most dependable constituencies – are becoming alarmed by the Party’s militant anti-Christian, pro-deviancy, pro-abortion direction. Some of these minorities are openly questioning whether their continued association with the Democratic Party is appropriate or productive.

Whatever Senator Kerry’s personal attitudes toward the Normal Culture actually were, he could not distance himself from his party’s highly publicized antipathy to that culture. Foul-mouthed film stars spouting bizarre political theories (“…if you believe rape should be legal, don’t vote…”) and filthy invective cost Senator Kerry dearly in regions where the Normal Culture predominates. With friends like Michael Moore, the senator really didn’t need enemies.

President Bush was not similarly disadvantaged by his party’s values. Voters could see that he supported the Normal Culture and was solidly part of it. His obviously strong marriage and affectionate relationship with his wife, Laura, were living proof that he possessed this value.

No candidate is a perfect person. Voters won’t find one because it’s not possible. Our best possible choice is a candidate whose public and private life is governed by values that voters identify with and find acceptable. We can be fooled on this, but the truth will eventually come out.