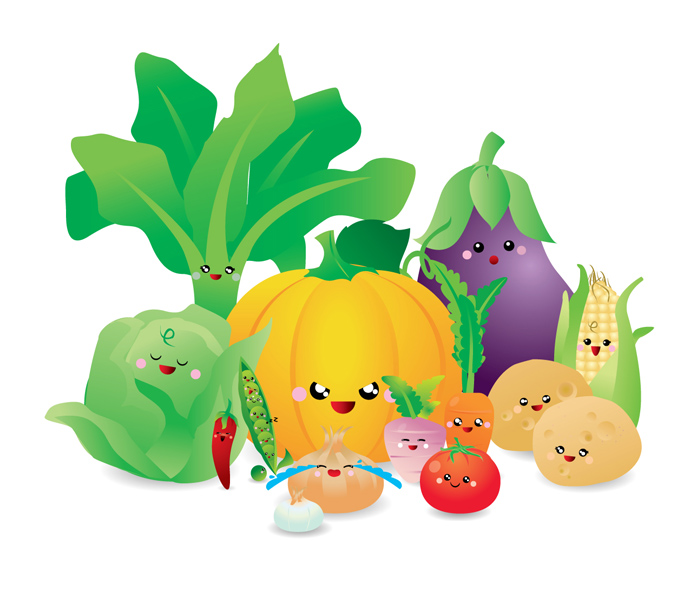 Washington, DC. December 9. The spotlight of suspicion again glared on the nefarious dirty trickster, Zolatar, when the Meat and Dairy Cooperative of Wisconsin (MADCOW) accused him of subverting their nationwide efforts to promote beef and dairy products.

MADCOW executives had initially accused Zolatar of bringing a diseased cow from Canada into the USA. But the organization’s later statements have retreated from that charge – claiming, instead, that Zolatar used the Mad Cow Disease scare to undermine the cooperative’s national marketing efforts. MADCOW executives claim that Zolatar was retained by rival lobbying firm, WORLDVEG, which has sometimes attacked the meat and dairy industry, including MADCOW, for undermining Americans’ health.

As an added complication, reporters sometimes had trouble distinguishing MADCOW, the organization, from Mad Cow, the disease. A MADCOW spokesman refused to comment on whether the organization planned to change its name.

In a wide-ranging interview aired by the Food Network, food consultant and political analyst I. B. Toast noted that an international struggle for food supremacy has raged across the American legal and political landscape in recent years. Part of Dr. Toast’s remarks –

“The untimely death of natural foods guru Euell Gibbons was an early setback for the world vegetable movement. Vegetarians had touted Mr. Gibbons’ natural foods lifestyle as the key to longevity and avoidance of cancer, heart disease, and other ailments. His unexpected death (from natural causes), in his early sixties, was a major reverse. The entire vegetarian world-domination strategy had to be reformed.

“Later, President Bush (41) did much damage with his jocular denunciation of broccoli. His widely publicized jesting about this serious vegetable slowed WORLDVEG’s militant anti-meat, anti-sugar (anti-anything-tasty) campaign, just as it was getting started.”

Dr. Toast pointed out that the meat industry has suffered reverses, too – some of them engineered by WORLDVEG. Lawsuits accusing producers of hamburgers, ice cream and other fast-foods of causing obesity, heart disease, diabetes, cancer, impotence, acne, shingles, hemorrhoids, incontinence, sterility, cavities, bad breath, hydrophobia, unpopularity, and the heartbreak of psoriasis (to mention only a few complaints) have been a great concern to the fast-food industry. Litigation is also forming up against bacon, eggs, butter, cakes, pies, cookies, candy, soft drinks, and other foods popular with the public. Dr. Toast continued:

“Any foods that people like to eat – especially those that taste good – will be fair game (so to speak). If WORLDVEG prevails, Americans will end up grazing on stuff that tastes like…well, let’s just say it won’t exactly be mom’s apple pie or prime rib. If munching collard greens, alfalfa and kale – or dining on mashed yeast flambé, with a side-dish of brazed asparagus tips – tickles your palate, you’ll be in hog heaven once everything good has been sued or legislated to extinction. Vending machines will offer carrots, celery and asparagus. Hot dogs will be declared toxic. Candy bars will go for $20 on the black market. Food cops will execute late-night raids on fast-food ‘speakeasies.’ We’ll be reliving Prohibition.

“Despite these dazzling visions of ultimate triumph, WORLDVEG evidently retained Zolatar because they began to see the battle for America’s Stomach slipping away. Late-show comics were cracking wise about the ‘tons-a-fun lawsuits’ and the War on Ice Cream. People who crave Big Macs sensed that their favorite foods might disappear. Several states are debating legislation to protect food sellers and producers from responsibility for consumers’ misuse of their products – including overeating.”

Dr. Toast mentioned that a scientific study publicized earlier this year, showing butter to be healthier than margarine, was a severe setback to vegetable ascendancy. Another report revealed that some 3,000 separate studies have proved that coffee (consumed daily by over 50 million Americans) retards Type 2 diabetes. And several studies showed that dark chocolate contains antioxidants which gobble up free radicals, prevent high blood pressure, and produce enhanced virility.

These findings raised a mighty cheer from coffee and chocolate lovers, world-wide, and sent Starbucks and Hershey stocks soaring. Networks have aired film clips of riots caused by patrons trying to get into chocolate shops before their stock was exhausted. Said Dr. Toast:

“Those reports were disastrous. WORLDVEG’s long-term strategy has been to show that the tasty foods people really enjoy are basically unhealthy. The vegemaniacs thought people would readily abandon those foods, since everyone wants to live forever. Some did, but the public has mostly resisted. Now, as tasty foods are actually being proved healthy, the strategy is crumbling.

“Increasingly, the waggish humor, ‘Exercise, eat right, live healthy – die anyway’, is being vindicated. Folks are thinking – what the heck, if I’m going to die anyway, why not live a little in the meantime? Even tobacco sales are increasing as people rediscover an old coffee-break companion.

“A recent report has gone viral, world-wide, claiming that margarine is only one molecule different from plastic. We don’t know if it’s true, but people are laughing about it, and butter consumption is rising. It looks like the Margarine Myth is dead. Soon they’ll be laughing at tofu and flushing the stuff down the disposal.

“Now coffee – with caffeine! – turns out to be good for you. I ask you, what’s next? Smoking makes lab rats sexier? Asparagus causes acne? WORLDVEG people are jumping out of windows here. It’s a nightmare.

“I think the WORLDVEG brain-trust figured: ‘We’ve got to stop this before things get any worse. Let’s counterattack. We need the best…’ So they hired Zolatar. His first volley was the Mad Cow disease scare-campaign. Of course, MADCOW’s unfortunate name played right into WORLDVEG’s hands.”

(As he concluded his remarks, Dr. Toast declined to answer questions on how cigarettes could be made small enough for laboratory rats to smoke them.)

Indeed, Zolatar’s Mad Cow offensive against MADCOW does seem to be running wild. Across the Midwest, hundreds of cows were found to be foaming at the mouth. Authorities called in to investigate identified the foam as Gillette Super shave cream (for extra sensitive skin).

A small town in Iowa was terrorized by 15 cows that leapt and ran amok for most of an afternoon. Veterinarians found that small battery-operated buzzers attached to the cows’ ears caused the animals’ erratic behavior. None of the animals was injured, but one did considerable damage in a local china shop.

In New York, a man received medical treatment after he collapsed, foaming at the mouth, while dining at a famous steakhouse. (Quick-thinking waiters shrouded the man’s head with a tablecloth and hustled him outside, via the back door – explaining to other customers that it was a Mafia hit.) Doctors found no medical problem, but authorities later discovered the man was an out-of-work actor hired to feign illness at the restaurant.

The NYC actor – now facing “non-union performance” charges from the Theater Police – said an envelope, containing instructions and ten $100 bills, was slipped under the door of his Greenwich Village apartment.

“I owed 4 months’ rent,” he told reporters. “It was like manna from heaven.”

Zolatar is suspected of complicity in these incidents, although no direct proof has been found. An eyewitness to the “cow stampede” reported seeing a stranger in a potato-head disguise driving an empty cattle-truck out of town during the excitement. Reporters from several major news networks admitted that they had received advance notice of the incident.

Meanwhile, MADCOW has struck back. A recently released scientific study shows that cauliflower caused impotence (and temporary dementia) in laboratory rats when consumed in quantities of 1 body-weight per month. For the average American adult male, that quantity would be 45 pounds of cauliflower a week, or approximately 6 pounds per day. (Calls for participants in a human control group have produced no volunteers.)

A spokesman for MADCOW met with reporters early this week to discuss the study’s findings. A cauliflower head fashioned grotesquely into a skull sat on the podium from which he spoke.

“This will crush the International Vegetable Conspiracy,” he said. “People have endured so much grief because of vegetables – badgering from mothers and teachers, stupid magazine-articles on vegetarian lifestyles, bogus ads showing beautiful babes eating salad – we don’t believe they actually eat that stuff – even sermons on Sunday. But the stuff still tastes like dung.” (He declined to say how he knew this.)

A reporter who asked why risks arising from eating a ton of cauliflower a year should be a serious concern was shouted down by the MADCOW spokesman:

“What am I here? Chopped liver? It’s not the size of the cauliflower helping that’s in question here! It’s the principle of the thing! This is the last straw! The public won’t stand for it. Risking impotence? For rabbit-food? Women are gonna destroy the produce sections of grocery stores! There will be cauliflower-bonfires across the country – if they can get the stuff to burn.”

Shouting imprecations and warnings about vegetable world-domination, the spokesman was assisted from the podium by aides.

Meanwhile, authorities continue to seek Zolatar for questioning about the Mad Cow scare. Several fast-food chains have ordered extra guards for their restaurants.

Former President Bill Clinton – a known fancier of Big Macs, Quadruple Cheese Whoppers, and other delicacies – pooh-poohed the beef scare-stories when interviewed in Harlem, where he was hangin’ with the bruthus.

Following this exchange, Mr. Clinton narrowly avoided a shot fired from a potato cannon positioned across the street. The missile mashed itself against a nearby building. (Experts identified it as an Idaho 75 mm.)

As this article went to press, Zolatar was still at large…