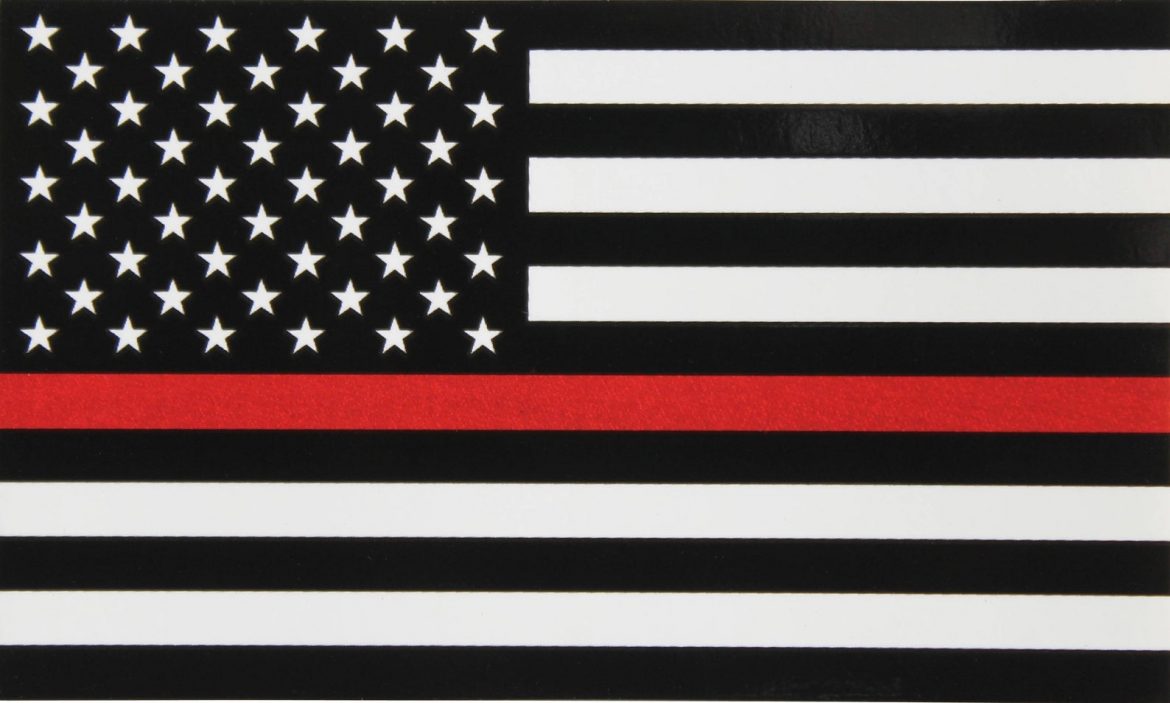 There is a very thin red line in Virginia.  Some may think that line is the fact that Republicans hold the House of Delegates by one seat, or the State Senate by two seats.

But it is not.

Rather it is the line that conservatives have drawn in the sand within the Republican Party.  And that line has worn thin.

I cannot be more blunt; if any of Governor Northam’s Anti-Gun proposals are passed, or any compromises reached that create new or increased regulations on the 2nd Amendment in Virginia, the Republican Party will suffer a massive defeat in November.

For conservatives will stay home.

And I don’t blame them one bit.  In fact, maybe that is the lesson the RPV needs to finally learn.

All over the Commonwealth, so called ‘Republicans’ are refusing to take a stance on Northam’s far left agenda which includes-

In fact, for the past 3 weeks, negotiations between Northam and the ‘Republican’ Senate Leader Tommy Norment Jr (R-3) have been taking place.

And this should stun no one, as Norment’s horrible voting record speaks for itself.

And that is just on firearms.

And then supported Abortion-

But yet Tommy Norment is the elected leader of the Republican State Senate.

Just how does that happen? It is really simple, follow the money!  Senate Leader Norment buys votes to continue to be elected State Senate Majority Leader.

Just look it up.  For example State Senator Glen Sturtevant (R-10).  This November, Sen. Glen Sturtevant will be facing the toughest reelection in the chamber. Majority Leader Tommy Norment’s consultants are telling Sturtevant to moderate his image and voting record by cutting a gun control compromise with Governor Northam. That led Glen to privately start asking which of Northam’s proposals would be the least objectionable to conservatives.

The conservatives who heard that were horrified.

But when you realize that Sturtevant has taken nearly a million dollars in political donations from Norment, you can see why.

But political donations and back scratching does not matter to the  everyday conservative voter. All they care about are issues, and time and again the Republican Party of Virginia has let them down.

And you notice I have not even mentioned the Obamacare expansion debacle just a few short months ago, where over 20 ‘Republicans’ voted with Northam to entrench this social medicine program in Virginia, which by the way, funded millions to Planned Parenthood to kill unborn children.

But then the 2019 Primary election happened.   Conservative voters ousted multiple elected officials who either voted for gun and control or social medicine, or supported that far left agenda.

And the same will happen in November.

And they will have it coming.

In fact, all over the Commonwealth Republican elected officials and candidates are even refusing to go on record on hard issues.  They are whining that they cannot take a stand on principle because it might make them lose the election.

I say the exact opposite.  If they do not take a stand on hard issues, they will lose.  They will turn conservative voters from caring to not caring about their election, driving down the Republican turnout and guaranteeing a heavy Democratic win.

The Democrats know this.  Why do you think they are so intent on publicly stating they will tear down monuments, kill already born children and confiscate firearms?  Because it turns out their radical base.

And starting July 9th, Norment and his cronies are setting the Republican Party up for the November Blood bath, if conservatives allow them to.

This Special Session will determine the fate of the Republican Party of Virginia as it now exists.  And it is not looking good.

Senate Courts of Justice is where the first battle for our rights will be fought.

The committee has an 8-7 Republican majority, but two of those are weak. Norment, who has called for a deal with Northam since early June, and Sturtevant, who faces pressure to moderate and the controlling power of Norment’s money in a tough reelection campaign.

Can you see the setup now?

The supposed Republican firewall on Senate Courts is already breached. Conservatives just don’t know it yet.

Conservatives need to call their Senator and demand that Norment and Sturtevant be replaced on Senate Courts of Justice before the gun control session. Republicans need eight strong pro-gun conservatives there to remain united against seven gun grabbing liberals.

This is a major hole in our constitutional defenses on the eve of battle. Will leaders shore it up and stand strong? Do they even care? And did a traitor weaken our walls from within, hoping our defenders wouldn’t notice in time?

Victory only goes to the bold, not the scared.  And right now the Republican Party of Virginia is fighting scared.

I practiced martial arts for over 32 years and fought in many tournaments.  The unspoken rule of sparing is that if you really hurt your opponent at the beginning, even if it costs you a point, they will be scared of you.  And scared fighters always lose.

They are too afraid of what you are going to do to them, than to even think of what they can do to you.

That is exactly what we have in Virginia right now.  A bunch of scared and gutless Republican leaders, just waiting to be knocked out.

And cutting deals to gut the 2nd Amendment, which will send conservatives back to the couch and away from the polls.

All is not lost.  It cannot be. It will not be.

But you need to get in the fight.  A free and independent people can never sit around and wait for a politician to save them. For politicians never will.  Personal liberty requires personal responsibility of that liberty, and an engaged and irate conservative base will stop the march of socialism.

But it starts with you.  You need to call ever single Republican on the ballot, from Soil and Water board contests to State Senate Candidates and simply tell them you will sit home and floss your cat’s teeth in November unless every single anti-gun proposal is defeated soundly.

No compromise, no waffling, no selling out.

Every phone call to the State Legislature, every email you write and every statement you make at various campaign kickoffs and candidate ‘meet and greets’ makes a difference.  Make the politicians fear you, your voice and your vote, and you will control the political environment, thus controlling them and how they vote.

Hundreds of thousands gave their lives for liberty.  The American Revolution ended at Yorktown, right here in Virginia in 1781, securing that liberty.

And now it is time for a new revolution, a revolution of ideas and principle.  One that refuses to compromise and instead stands strong defending the Constitution, individual liberty and freedom.

A revolution of the people that still hold tight to the founding ideas of a moral and just government, that values freedom over socialism, morality over debauchery and liberty over tyranny.

And then draw that thin red line yourself, refusing to accept pandering and compromising statements, and force those who want your good vote to give you theirs.

There is no other way.

Those patriots who bled at Bunker Hill, Brandywine, Valley Forge and Yorktown would be ashamed at what we are putting up with from our government and our elected officials.

It is time for a new generation of Virginians to stand up and fight for freedom, and that fight starts today.

A wise man once said this-

‘The time has come to act on these words. May future generations look back on our work and say that these were men and women who, in a moment of great crisis, stood up to the politicians, the opinion-molders, and the establishment, and saved their country.’

And that fight is right here right now in Virginia.

Will you join us?