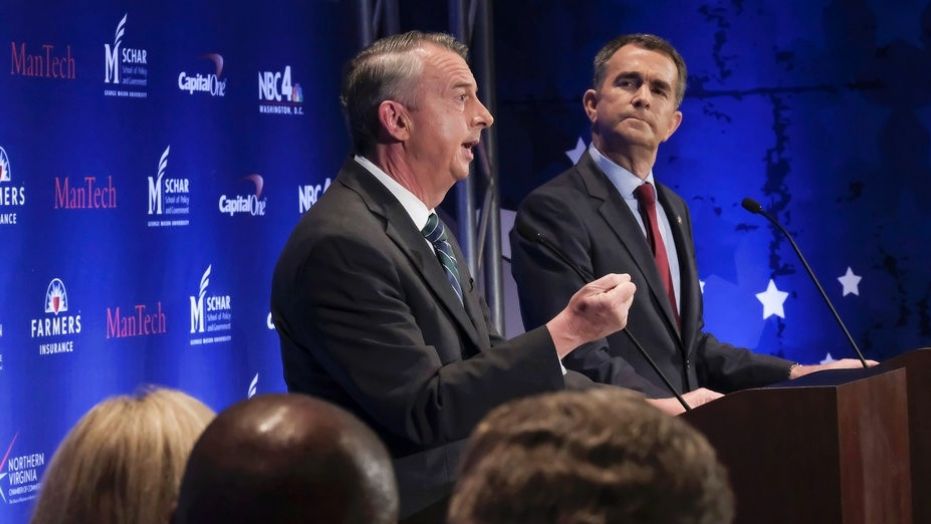 It is always a bit risky to assign absolute reasons for losing elections while still riding the wave of emotion that losing creates, and usually a fool’s errand to think that any single win or loss predicts some pre-determined political future. History treats most of those assumptions harshly.

Ed Gillespie’s loss yesterday, at least to this observer, was no surprise. The Commonwealth, at least in statewide races, is light blue at best.

Hillary Clinton won by five points, as did former President Obama before her by similar margins. Both Senators are Democrats.

The last sweep by Republicans was in 2009 with former Governor Bob McDonnell, a year into the Obama era. His disastrous term was marked by the largest tax increase in Virginia history and ended in scandal, followed by Ken Cuccinelli’s nearly three point loss in 2013. Since then, the northern suburbs surrounding Washington’s money trough have only grown with more swamp critters and the high tech crowd, while immigration has ballooned to 15% of the statewide population.

Mr. Gillespie came to the battlefield with these demographic realities and fresh from a nomination battle that he won by a whisker from Prince William County Board Chair Corey Stewart. Mr. Gillespie is no doubt a fine fellow, however he is, to be kind, a challenged campaigner with a message that sounds more like a medical prescription than a robust political agenda.

So, was this election a repudiation of President Trump, as all the leading organs of wizardry now claim? Well, were the last four special Congressional elections that Republicans have won since January an endorsement of him? It appears to me that the answer to both is no, at least as singularly determining factors.

In the end, a boring Republican lost to a boring Democrat, Ralph Northam, who had the good fortune of running in the wake of an improving statewide economy, with an energized Democratic Party, no question.

Mr. Gillespie on the other hand chose to distance himself from President Trump, and was mostly dismissive of both him and his supporters. Some will make the case that this doomed his campaign from the beginning.

More surprising was that the comfortable majority-control by Republicans of the House of Delegates, which remains up in the air, is in jeopardy – and with it comes a foreboding for the 2018 U.S. House of Representatives elections and its majority status.

Is this a repudiation of Donald Trump?

The decade’s long hold on the majority in the Virginia House was squandered, in this writer’s opinion, by timidity. The House failed time and again to present a dynamic and coherent vision for the Commonwealth’s future. It was the mundane transmission belt of business as usual. When it had the opportunity to challenge the Commonwealth’s future with growth oriented conservative principles, it chose to punt.

(The Virginia Senate, held by only two votes, is just as lackluster and should take the fate of the House to heart. When the riot in Charlottesville took place – read more here – the Senate abdicated in their elected responsibility to get to the bottom of how the local and Democratic officials, including the Governor of Virginia, on the scene, mishandled the riot, created the circumstances that allowed a young woman to die due to gross mismanagement, and then successfully shifted the blame to Republicans, associating them with the foul stench of “white supremacy” and fascism.)

Does this election mean the U.S. House is in danger? Perhaps, and for the same reason the Virginia House is in trouble. Timidity, and Americans don’t like being lied to generally. It is not too late for the U.S. House to do what they said they would do; enact an Obamacare repeal and reform taxes. A booming economy – and the proposed business tax cut and repatriation of foreign assets would do just that – could easily turn, or save, the next election. (Not to mention beneficial redistricting in 2010.)

With a supercharged economy over the next three years with three to four percent growth or better, a Republican majority under President Trump could build on the 2016 elections.

The ball is in the Republican’s court.

Terrific article … coherent, intelligent … and nail hit on the head.

If Republicans want me to vote in an election, they have to stop putting up candidates that suck. Republicans can no longer can knock on my door, show me the same rusty hook baited with the same rotten worm, and expect me to chomp down. Asking me to consent to bold lies, massive corruption and outright systemic fraud, that just makes me mad.

My new rule is this: if I see a candidate with fight, and the Establishment of Corruption tries to torpedo that candidacy six ways to Sunday, I’ll vote for that candidate. Otherwise, let the whole rotten house of cards fall in upon itself.

My second new rule is real simple: a rotten apple is not worth eating.

Appreciate the post.
I can only add that after the Republican primary
Gillespie and his campaign manager/ staff should
Have rethought their plans.
After the Charlottesville debacle the campaign and
Its ideas needed an immediate reboot.
Whether this was addressed and how it was addressed
Most will never know.
The campaign proceeded along with prescriptions
( I concur here with your view) that went along
Like a checklist , jobs , tax cut , faux sanctuary city ideas.
There is a tsunami in Charlottesville radiating out
In social , cultural , educational , political institutions
Gillespie/ campaign seems unwilling or unable to see
What’s in front of their eyes.
Like they walked out of the tall weeds to see a future
They were unprepared for , so they simply plowed ahead.
Much less about Trump , much more about a lackluster candidate.
Thanks again for the post.

To not discuss or even mention the political make up of the so called 4/4 congressional victories is clearly slanted journalism.

This was 100% a referendum on Trump, otherwise Cooke doesn’t win by 10 points with zero support from the DPV or Dem caucus.

R caucus ran great campaigns on a platform that should resonate with voters. Track record, practicality and solid stewardship of state funds. This election couldn’t have been less about policy and more about a reaction to the divisive personality currently representing the face of the party.

First of all, R’s didn’t go 4/4 in special elections, they went 4/5. And three of those wins were by shockingly small margins. So were those wins an endorsement of Trump? No, they too were a repudiation of him.

Remember that Democrats won every special election in 2009. How did 2010 go for them?

After all the vitriolic comments on this board targeted at Corey and his supporters, (virtually every piece vilified him) promising that he would never get anywhere close to the nomination…and the personal attacks on social media…And that “don’t make waves Ed” was the way to be, a “governor for all Virginians”…..and how we were lectured that we couldn’t win unless it was Ed….and now we didn’t even get Vogel, and the House of Delegates is razor thin…. And after even more attacks against him after he announced his Senate run and supported the ticket…This is disgusting.