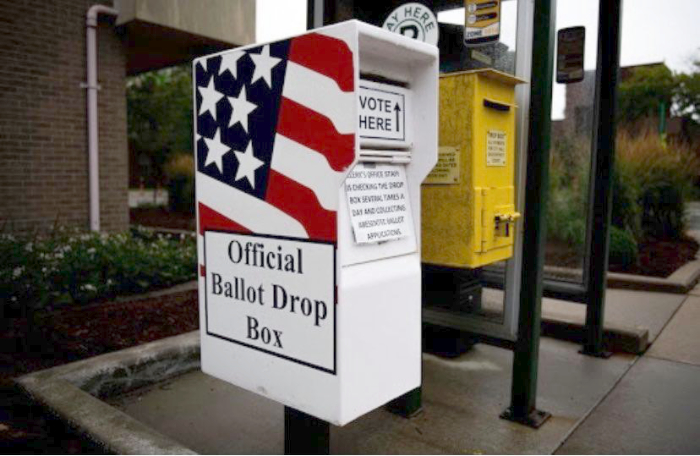 Our Democrat controlled General Assembly and our Democrat governor have spent all of 2020 throwing the door wide open to voter fraud in Virginia. They have done it under the smokescreen of the Covid-19 quarantine. They say these are measures designed “to safeguard Virginia’s elections processes from disenfranchisement” when in fact they are doing the opposite. Anyone who opposes them is accused of voter suppression even though the only thing Republicans want to suppress is illegal votes. And when illegal votes are counted, it disenfranchises legal voters because our votes no longer have the full weight of “one citizen, one vote.” The Democrats’ smokescreen rhetoric reflects the words of the biblical prophet Isaiah (5:20a) – “Woe to those who call evil good and good evil…”

The Democrats started out by removing the voter ID requirement. Now someone only has to claim to be a particular voter; they don’t have to prove it. All they need is a utility bill or some other document (that could be stolen from a mailbox or “borrowed” from an elderly person) with the name and address of the voter on it. There is nothing that allows the election officers to determine if the person in front of them is in fact the person they claim to be.

Under the guise of protecting voters from the spread of Covid-19, the Democrats and their allies have won a court case – with the complicity of our Democrat Attorney General – that removes the requirement of having someone witness the voter’s signature when signing an absentee ballot envelope. Now no one knows who actually voted the ballot or whether the voter of record is the person who actually signed the return envelope. Voters no longer need to give a reason for requesting an absentee (mail in) ballot. (There were 15 options before.) Anyone can ask for an absentee ballot just because they want one. They can also ask for a ballot in the name of someone who doesn’t know one is being requested.

And now Democrat Senator Janet Howell (Fairfax) and Senator Adam Ebbin (D-Alexandria) have put forth SB5120 which puts the absentee ballot process on the honor system. Unfortunately, a lot of people in politics are without honor. This new proposed law restates that no photo ID is required but adds that out-of-state student ID’s are now allowed and that, if the voter doesn’t have any kind of ID, the voter can simply fill out an affidavit saying they are who they claim to be.

If this bill passes, absentee ballots no longer have to be received by election day, they only have to be postmarked by election day so long as they are received by noon on Friday of election week. But here’s the kicker, under this bill the return envelopes will be prepaid. The post office does not put postmarks on prepaid envelopes, so there is no way to know whether the ballot was mailed on election day or on the day after the election when election day results are known. Unscrupulous political operators have a golden opportunity to harvest illicit votes if necessary to change election results.

And the Democrat are slick. In order to get a new law into effect in time for the November elections, the bill would have to pass with an emergency clause. It requires approval by eighty percent of the General Assembly to pass an emergency clause. Democrats know they can’t reach that threshold, so they played the one card that allows them to get what they want. Because prepaid envelopes were involved, this became a budget bill. Budget bills can go into effect immediately without an emergency clause. Sure enough, the bill was passed by the Senate Finance and Appropriations Committee on an 11 to 5 straight party line vote.

As an aside, the Committee determined that the bill had no financial impact on the state budget because the state was passing all the costs down to the localities to fund – as if the localities are not also suffering the economic penalties of the Democrat governor’s overlong Covid-19 quarantine.

Perhaps the most egregious provision of SB5120 is the institution of “drop boxes.” Currently, absentee (mail in) ballots have to be returned to the Registrar’s office in person or by mail or to the voter’s regular polling place in person. Now, strategically placed “drop boxes” will be located at various points in each community. Anyone can drop in absentee ballots –with no witness signatures – and there is no one to check to see how many ballots each person drops in. This new process is so open to voter fraud that some highly placed Republican senators are calling it the Voter Fraud Act of 2020.

As of this writing, the bill has passed the Senate on a straight party-line vote and is being sent to the House of Delegates. There is still time for you to contact every Democrat delegate and tell them not to pass this travesty because it would disenfranchise your vote – the very thing they say their bill is supposed to prevent.