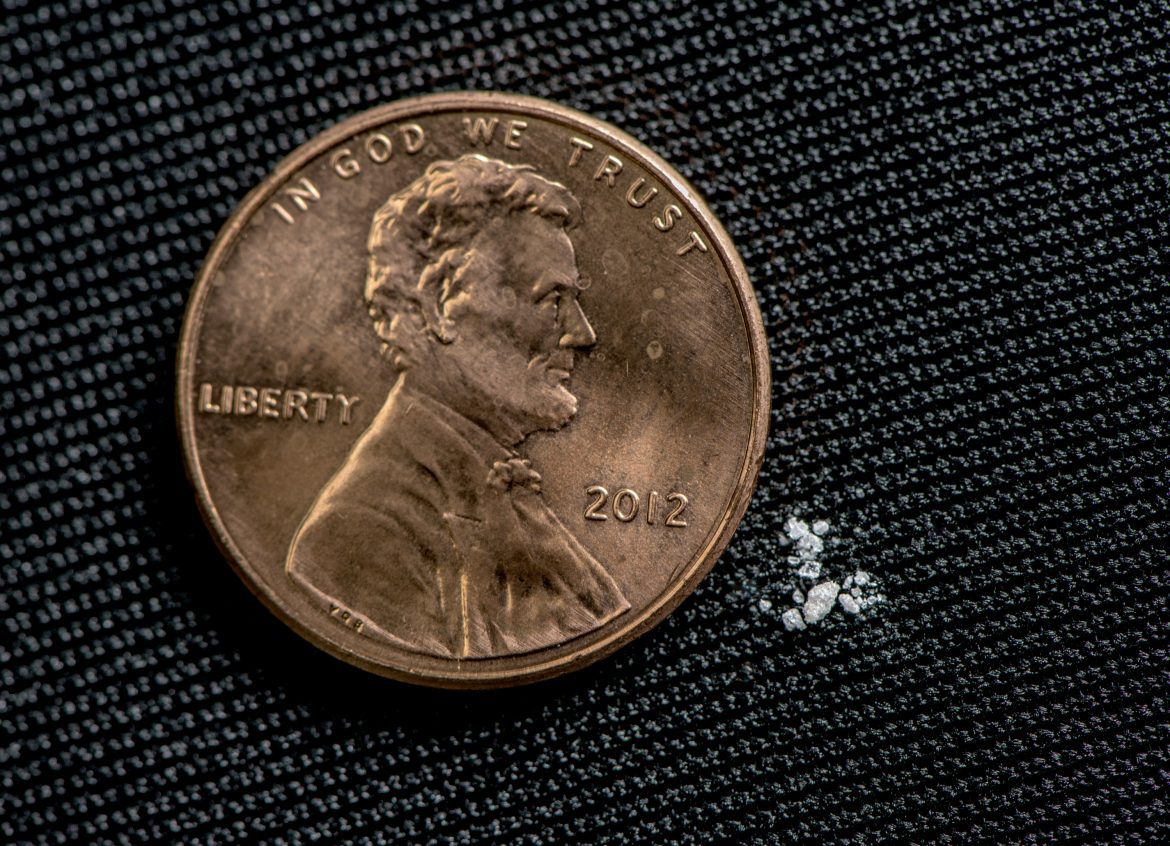 “At some point, you have to ask, is the irrational resistance to controlling our national borders in Congress more about its criminal corruption than anything else?”

During the early 1980’s I was one of the many hands that worked to aggregate then edit down the extensive and varied research on drugs and drug use in America, a process that eventually framed the danger and the purpose of President Reagan’s War on Drugs, which he called a top “national security issue.”

President Reagan’s attack on the nation’s illicit narcotic drug epidemic and its devastating societal consequences was a continuation of legislative efforts across nearly 150 years. First were state and national laws to control morphine and opium dating back to the late 1800s, followed by legislation in the early 1900s addressing cocaine and marijuana, and then heroin. The recreational use of barbiturates, Benzedrine, LSD, as well as other psychotropic drugs as they were developed, led to the first war on drugs declared by President Nixon in 1971.

Now, the Administration and Congress are engaged in yet another war on drugs with the passage of a 600-page bill signed by President Trump in October of 2018, which appropriated $4 billion to fight the “opioid” crisis.

This class of drugs is derived from opium or synthetically created for pain relief and surgical preparation, and attach to opioid receptors in the body. They include hydrocodone and oxycodone, among others, sold by prescription as Vicodin, OxyContin, and Percocet, as well as morphine, codeine, fentanyl, and heroin.

In the late 1990s, various pharmaceutical companies aggressively marketed these new, derivative, prescription drugs by downplaying or suggesting to the medical profession that the new class of pain relievers was less addictive than existing drugs. These inaccurate claims triggered the original opioid crisis through rampant over-prescription and the inevitable illegal, black markets in opioids that followed the success of the new drugs.

While the medical profession has addressed this crisis head-on – the prescription of opioids has fallen by half – the illegal and unregulated manufacture of opioids, especially fentanyl, has more than filled the vacuum.

Drugs, especially cocaine and methamphetamine, are pouring across the wide open southern U.S. border, controlled by the Mexican cartels. In addition, illegal “pill mills” in China are mailing opioids straight to drug dealers and end users across international borders.

The cost of these drugs in human lives is staggering. In 2017 over 72,000 American’s died from drug overdoses and long-term addictions, and over 47,000 of those were from opioids.

Of that number, nearly 30,000 deaths were from fentanyl alone, a dreadful killer that is comparatively simple and inexpensive to manufacture and is fifty to one hundred times as powerful as heroin, cocaine or methamphetamine.

Making it even deadlier, Mexican drug cartels and local distributors frequently “spike” their base drugs with fentanyl to powerfully enhance the ‘high’ they produce, often to an unaware drug user.

(The use of additives to spike base drugs is not new, merely more dangerous; ketamine is a powerful hallucinogen, often called the “date rape” drug because it can also produce amnesia, has long been mixed with heroin and sold on the street as “special k.”)

Fentanyl is so powerful that the Drug Enforcement Administration (DEA) considers just two milligrams a lethal dose for an average person.

Hard drug and opioid use is not only an American problem, of course. Canada has seen a significant increase in drug use generally, and opioid deaths have reached nearly 3,000 a year, while opioid deaths in Europe are pushing 10,000 per year, with the UK accounting for almost a third of that amount – facts offering no comfort.

The truth is that the use of the poppy flower and its various extracts has been used by virtually every civilization for five thousand years, and the use of coca and cannabis for at least three thousand years – not to mention fermented spirits.

They’ve been irreplaceable medicines for pain management and anesthesia – but like the various psychosis they also create, they have the bidding power to call unwitting souls into a counterfeit world of euphoria, delusion, and death.

Narcotics are like camp-followers to the human race. Wherever they have gone, there is a trail of addiction, degraded societies, and crippled empires; an enduring reminder that this curse is an evil warrior in the ancient spiritual battle around us. Drugs have provoked countless wars and created great fortunes on the back of misery and death. And in spite of laws, penalties and draconian punishments, very little has changed over the ages.

And then there is marijuana.

Ten states have legalized recreational cannabis, and several more may in the next twelve months, while others allow its medical use. Canada has recently legalized it, and other countries seem poised to do so.

In the U.S., some studies suggest that between 15 and 20 percent of the adult population use pot monthly and an even larger share do so less frequently. This public popularity (a recent poll found 67% favored legalization) is encouraged by an aggressive sub-culture of devoted users, actors, Hollywood, and lobbyists. All of these groups are downright belligerent to any suggestion that we don’t really know a lot about the long-term effects of marijuana use, or the suggestion that much of what they claim to know is contradictory at best.

Though I was of the generation and era where drug use of all kinds became widespread and normalized at some level in the popular culture, I knew nothing about marijuana prior to working directly on the epidemic of national drug abuse and reviewing and editing countless studies. There was very little doubt in the medical research even three decades ago that pot had a defined and obvious connection to psychosis and violence – at least in a subset of heavy users – following a pattern recognized for several hundred years in the western world.

Today, when the potency of marijuana has skyrocketed, the willful representation of marijuana as a completely safe and acceptable recreational drug seems no more responsible than the intentional description of pharmaceutical opioids as a safe alternative to other narcotic pain management drugs did just two decades ago.

Since the 1980s, the evidence is overwhelming that marijuana can cause or worsen mental illness, psychosis, schizophrenia, and violence. Public safety experts, mental health professionals, psychiatrists, and social scientists from around the world have documented a growing body of data that demonstrates that mental illness among young adults who regularly use marijuana has doubled in a decade, while the catalog of extreme violence for heavy users is a frightening, though a mostly ignored, social reality.

[However, even though still unproven, its medicinal use, especially in cancer patients, appears to have widespread anecdotal benefits and seems a reasonable accommodation even without medical validation.]

In the last several years, there have been numerous books written on the subject of marijuana and its link to mental illness and violence. However author and journalist Alex Berenson, in his recent book The Truth About Marijuana, Mental Illness, and Violence, is the most exhaustive resource that examines the latest studies from both the U.S. and Europe in as a single resource.

Mr. Berenson began his investigation (at the suggestion of his physician wife) as an agnostic on recreational marijuana use and found himself overwhelmed by the startling body of evidence that draws a strong correlation between cannabis and psychosis, schizophrenia, and violence in a significant subset of users – and most distressingly with the youngest cohort.

His presentation and documentation examine a compelling statistical case on a direct connection to violence that is, frankly, nothing short of horrifying. It also dovetails with the established pattern that is already well documented between extreme violence, including mass shooters, and the use of psychotropic drugs, always including marijuana.

None of this history suggests that the new ‘war on drugs’ will be any more successful than those that have come before it.

First, since virtually all of the illegal drugs coming into the U.S. come through or from the Mexican cartels, there appears to be little expectation the flow of drugs can or will be stopped soon. There is a full-blown crisis – an invasion – on our southern border, and the full scope of one million or more illegal aliens this year alone crossing into the U.S. makes drug interdiction secondary to handling the human flood.

(For the Mexican drug cartels, this must seem like Christmas. Not only do they control the drugs business, but by some estimates, they make even more money on human smuggling and sex trafficking.)

The cartels collectively have a stranglehold on the Mexican government at some significant level and, according to recent accounts,  control 80% of the country’s area. There seems to be no prospect of changing that dynamic anytime soon.

In any rational discussion, directly securing the border through dramatic increases in ports of entry detection, personnel, equipment, and electronic surveillance, and physical barriers would appear to be the logical response. Alas, we don’t live in such a world. Worse, if the Mexican government is compromised, then do we have to assume these cartels also have a reach into our government? At some point, you have to ask, is the irrational resistance to controlling our national borders in Congress more about its criminal corruption than anything else? There have already been a series of cases both in Texas and Arizona, where local public officials have been caught on the cartel payroll.

The sheer volume of illegal drugs is unknowable by its very definition, of course. But depending on whom is doing the guessing and using what information, the drug business is worth from $100 to $300 billion per year in the U.S., and the U.N. claims that world-wide its nearly a half trillion dollars. Cash and untaxed.

Again, the question begs to be asked, how do you move tens of billions of dollars up and down the financial systems without inside help? The most obvious answer is you don’t, and at least two major international banks have already paid huge fines for knowingly allowing cartel and drug money to be moved in their banking systems.

The same politicians (and their patrons in think tanks, associations and companies) who have refused for decades to do anything substantial about illegal immigration, the wide open border, and the importation of violent street gangs who have become the key domestic links for drug distribution, sex trafficking, and smuggling, cannot be held in enough contempt.

The only thing the average citizen can do at this point is to scream at their own local politicians who support open borders and work to get them out of office – and pray that some of that $4 billion in new funding (added to the $180 billion already spent on the drug “war” by federal, state and local governments) gets to the right treatment centers and that they can find those trapped in this hell who are willing to change. God bless ’em.

The War on Drugs: Death and Profit was last modified: June 13th, 2019 by Michael Giere