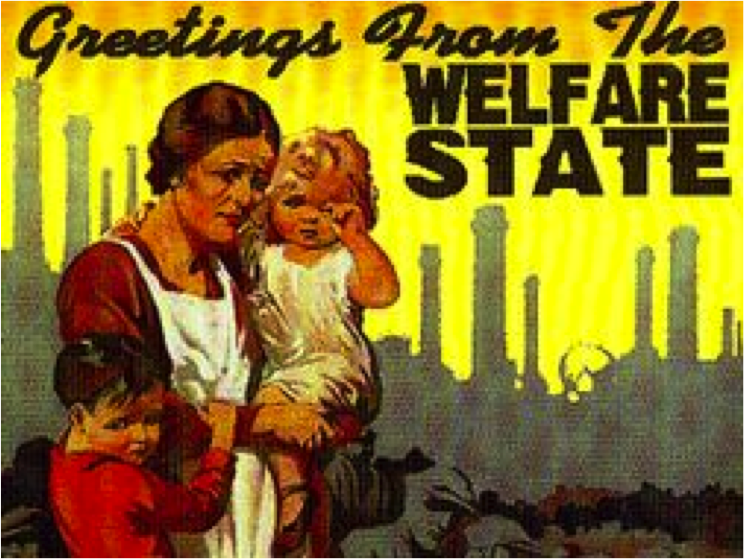 The welfare state is socialism

The Merriam Webster dictionary defines a welfare state as “a social system based on the assumption by a political state of primary responsibility for the individual and social welfare of its citizens.  Welfare is defined as “the state of doing well especially in respect to good fortune, happiness, well-being, or prosperity.”

Here is my problem.  The American people who live off welfare, particularly those living in Democrat run cities and states, are not doing especially well.  It appears that the welfare state has created a tyrannical situation where things like good fortune, happiness, well-being or prosperity have no connection to the individual or the family.

The Democrat welfare state tradeoffs are simple.  Money for power, power for control, and control for the purpose of the Democrat (socialist) state.  This idea is completely anathema to the Constitution and the rule of law.  Worse, the Declaration of Independence’ “of”, “by” and “for” the people has no relevance and is even considered dangerous.

The Democrat run socialist welfare state starts with money.  Everybody gets some under the false premise that it is from a beneficent government.  With such a political system, money is quickly devalued and all kinds of graft occur.

Once power is has been bought, control involves more and more promises. There is no assurance that the promised results are going to promote individual good fortune, happiness, well-being or prosperity.  The illusion of “benefit” is substituted for reality.

Draconian control is necessary to keep the Democrat (socialist) state in a ruling position.  Resistance is considered criminal, – and enforcement of “laws” is arbitrary and capricious.  Constitutional Rights are of no concern.

Socialism is defined as “any of various economic and political theories advocating collective or governmental ownership and administration of the means of production and distribution of goods.”  It is a short distance from a constitutional republic advancing the interests of its citizenry – to a socialist state where government is for the political purposes of a ruling class.  Unfortunately, the American welfare state, designed with the best of intentions to help Americans, is now socialism writ large and dictatorial.

The following quote or a version thereof is attributed to Thomas Jefferson. “I predict future happiness for Americans if they can prevent the government from wasting the labors of the people under the pretense of taking care of them.”  After listening to the Biden speech on 28 April 2021, I am certain that Jefferson had some type of crystal ball.  Probably got it from Nostradamus.