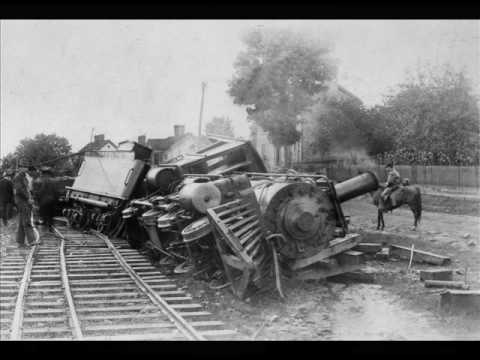 The wreck of the old 97th

The wreck in the 97th continues

On Monday the chairman of the Republican Legislative District Committee in the 97th district, Tom Miller, brought the official party nomination form to the State Board of Elections making Scott Wyatt their nominee for Delegate.

Virginiaâ€™s elections commissioner, Chris Piper, confirmed that the Department of Elections on Monday received an official party nomination form filed by the chairman of the legislative district committee in the 97th District, Tom Miller.

Piper said in a statement that political parties have until June 17 to submit the names of their nominees. According to the Code of Virginia, nominations are not final until that date.

Wyatt’s opponent, Delegate Chris Peace, will not accept the convention results that made Wyatt the nominee. Peace has said he is looking forward to a Firehouse primary on June 1st to determine the party’s nominee.

Members of the 97th legislative district committee are urging the State Board of Elections to not certify Scott Wyatt as the nominee. On Tuesday Delegate Chris Peace released a letter from the committee along with a statement:

The 97th Legislative District Committee will vote to affirm the removal of the Chairman on June 8, 2019 and are proceeding to hold a Party Canvass on June 1st, 2019. Therefore, we request that certification of Scott Wyatt, as the Republican nominee for the 97th House District in the 2019 General election be deemed invalid and that the Virginia Department of Elections await the proper certification of the Republican nominee from the June 1st Party Canvass. If we can provide any assistance or further information please do not hesitate to contact us.”

Delegate Chris Peace stated, â€œI appreciate the efforts being put forth by the 97th LDC representatives from Hanover and King William to ensure that this is a fair and open process. We were fully prepared and committed to win had it remained a convention and we continue to be prepared and committed win in a party canvass. It is unfortunate that my opponent has felt that the only path he had to a possible victory was one that had the fewest amount of participants possible. Iâ€™m confident that my strong record of lower taxes and fighting for guns and life will be a winning message on June 1st and look forward to continuing to represent our great district.â€

More on what to expect in coming days in the 97th is here.

The wreck in the 97th continues was last modified: May 8th, 2019 by Jeanine Martin

Hanover Committee brings the Heat against Chairwoman Dale Taylor – The Bull Elephant May 10, 2019 at 10:59 pm

[…] the Hanover Committee seeking the removal of their Chairwoman Dale Taylor, you can read about them here, here, and […]