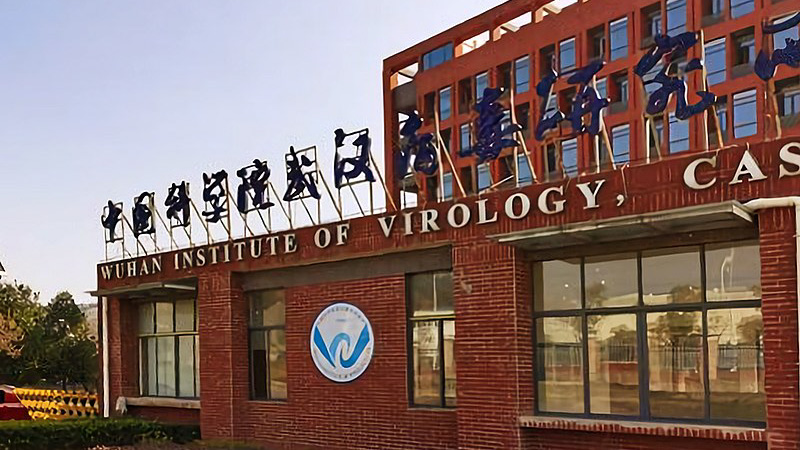 “Follow the science’ has become as much a slogan of ridicule as it was once an official reassurance of scientific and medical integrity.”

From ancient to modern times, poisoning the well has been a frequently used, scorched-earth military tactic. In just the last few decades, the brutal Islamic terrorist group ISIS has employed the method in Afghanistan and Iraq. ISIS has plundered and burned unwelcoming villages to the ground and filled their water wells with rubble, sand, oil, and human and animal corpses.

Societies throughout history succumb to the communal version of this when their “ruling class” of government operations, critical institutions, religious, political, and military components, media, and vital commerce finally cannibalize the host to maintain power and influence – each poisoning the well behind them.

It is the true north of human history.

Over several decades, Americans have discovered that their once great institutions and administrative governments only nominally represent their interest anymore. They’ve been displaced by megacorporations and their bureaucratic interlocutors within the government.

Now, the last respected pillar among America’s national institutions is reeling in chaos as its dishonesty becomes more apparent. Eighteen-odd months after the beginning of the Wuhan Express catastrophe, the confidence and the public’s presumption of best intentions afforded the American scientific and medical establishment’s trustworthiness and public health leadership is coming apart.

Citizens have been able to observe the “institutional” scientific and medical authorities in real-time – infatuated with unlimited political power, unlimited public money, and the technical hubris of “experts.” They have witnessed a circus of incessant contradictions of prior policy, lies and half-truths, deliberate misdirection, and misplaced loyalty to the gods of computer modeling. The result, if not the goal, is to push non-stop fear.

Examples of this are everywhere. At every chronological point in the pandemic’s spread, scientific, medical, and “expert” grifters, led by Dr. Anthony Fauci, the Director of the National Institute of Allergy and Infectious Diseases, have not only discouraged but irrationally attacked early intervention for the virus. Potential therapeutic early responses to COVID-19 using well-known drugs – hydroxychloroquine, azithromycin, ivermectin, and until recently, monoclonal antibodies – arguably might have saved untold thousands (here and here). But the early intervention strategies were stopped by the “experts.” Why?

Since when do we no longer try to prevent sickness or treat it earlier rather than later? But, that is exactly what the experts did and continue to do.

Yet the unified and hysterical drumbeat of the medical and media establishment demanding – mandating – that everyone take an entirely new manner of vaccine technology and delivery, mRNA, is bizarre. Although mRNA research has been going on for decades, this is its first use in humans, so obviously, there are no long-term studies of its side effects or efficacy.

Nor is there interest in the mounting evidence of severe reactions to the shots in the first instance and longer-term blood clotting and heart issues. The Center for Disease Control’s (CDC) tracking of deaths (15,000) and hospitalizations (60,000) due to the mRNA vaccines is shocking yet remains largely unreported (here). Since the CDC’s VAERS reporting platform is a voluntary and passive database, it’s open to broad interpretations. But, even if only 10% correct, that is a staggering 1,500 deaths for a vaccine, unheard of in the history of vaccines. And, simply brushing aside VAERS and reports from health care professionals in the field only fuels more public concern.

(Of specific concern is myocarditis, inflammation of heart tissue, in healthy young men specifically within days of receiving the vaccine.  Recent studies, including a JAMA paper (here), have verified this is a genuine concern even in the US military.)

The “jabs” may or may not be the greatest thing since sliced bread – naturally, everyone hopes they are. But, the truth is that no one knows right now. That doesn’t matter to the ruling class, though; they have found a new god to worship – an untested vaccine. You will bow in submission or face the consequences.

The vaccines were presented in such a helter-skelter and political manner after the 2021 change of power in Washington that reasonable questions arose. After all, we had leading Democrat politicians, including Joe Biden, Kamala Harris, and Nancy Pelosi, just before the election, saying they wouldn’t trust “any vaccines that [President] Trump was involved with.” The day after the election, of course, that changed. Now the same people want to take credit for something they had nothing to do with.

In a strange twist of logic, the vaccine “mandates” and coming “passports” allow no exceptions for the 100 million-plus Americans already infected and recovered from COVID. They have proven natural immunity and antibody counts higher than those who have received the vaccines (here). Nor are exceptions being allowed for personal health history, even pregnancy.

None of it makes much sense. Perhaps it’s not supposed to.

In another example, Dr. Fauci said on March 8, 2020, “there’s no reason to be walking around with a mask.” He merely reflected the substantial body of studies over the post-WWII decades that revealed that cloth and mesh masks – anything less than an N-95 mask – was ineffective in preventing or spreading viruses of .125 nano-meters, like COVID-19. By April 3, he reversed himself based on the “new” guidance from the CDC and even suggested wearing two masks! (Extensive, annotated, and valuable reviews by Paul E. Alexander, Ph.D., can be found here and here.)

Did the science change? No, the politics did.

At the same time that the medical and scientific community was ignoring nearly a century of mask studies, it was enthusiastically embracing untested and uncertain computer models on lockdowns, which themselves may be as deadly as the virus (here). Record suicides, drug overdoses, and mental illness stand as dark testimony to separating humans from social interaction.

The experts, politicians, and media have done all of this with an air of condescending superiority that treats questions as attacks and bristles when their constant contradictions are exposed.

The question, again, is why?

My opening to one of ten articles I wrote on the Wuhan Express on May 7, 2020, seems more true today than then:

“It’s utterly heart-wrenching to see our nation torn apart in irreversible ways – both politically and economically – due to the Wuhan COVID-19 catastrophe. [Months] into this national and worldwide catastrophe, some huge elephants are rampaging around the room, conspicuously being ignored, lied about, and manipulated to destroy, not to rescue the nation.”

Michael, if you want to see the extent of the medical grifter you speak of… check the 2005 announcement by NIH concerning the conflict of interests that NIH scientist have. They had to admit that NIH has scientists that own patents… Fauci included. Fauci claims that he gives the proceeds from his patents to charity.. who knows. He doesn’t have to disclose that. He does have to financial report though most likely… someone ought to ask for that to see how interesting it is…
NIH and big Pharma and big “Science” are revolving doors of scratching each others backs. Sort of like how the military contractors go from officers to contracts.. Etc. Same sort of muck.
NIH had to admit the conflict… the AP actually did a story back then exposing this. That won’t happen no more…

Oh look!! Another TBE anti-vax post with promise of another to come. You guys sure love killing Americans don’t you…?!

Fauci killed more Americans than anti vaxers did Eric… He funded the virus research at a crappy Chinese lab. You guys like to worship that cretin a lot… so you can’t admit that.

Stoner, you’ve got me scratching my head here. You are saying that your contention that Fauci supposedly funded research on viruses in China somehow justifies Conservatives campaign to undermine the Covid vaccine and US Public Health at the cost of additional American lives…. That is some kind of strange logic there, Sport.

Eric… if Wuhan doesn’t get funded by that little creep, Covid doesn’t exist. Not just funding but his buddy Daszak was organizing the research and urging on even more dangerous experiments. The virus escaped from the lab… yeah yeah we can’t prove that… China won’t cooperate… that’s what Dopey Joe the Doody Head’s commission said.

Again, Stoner, if all your delusions were true how would it justify the Conservative anti-vax campaign…??!?‍♂️

You will undoubtedly cover Fauci’s role in the coverup of the Wuhan lab for his buddy Daszak tomorrow. And funding a damn lab in China which was its first Level 4 lab… but it also had lower levels labs…. and here’s some news. It is a pain in the butt to have to use level 4 protocols… so often research is sent to lower levels. Did I mention Wuhan was built by the French for the Chinese who promptly kicked out the French?
So Fauci is held up as the science science science guy… when Mr Science funded a goofy lab. ‘did you see where Daszak had submitted proposals for further research into making coronavirus more transmittable to bats… something about skin transmission.

Fauci will never be held accountable in this sh.tshow of a country… but he should be.