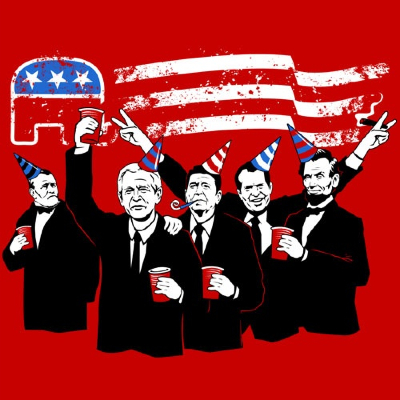 There Is No “Establishment”

The time has finally come to kill the phrase “the establishment” once and for all. In Virginia, some conservatives have reached a point where Jim Gilmore, Ed Gillespie, and Bob McDonnell are not establishment, but Eric Cantor and Chris Christie fit the bill.

Other conservatives, loyal to Gilmore, attack Gillespie as “establishment.” Some Gillespie supporters think Governor McDonnell is the epitome of establishment. Clearly, the word “establishment” has no commonly accepted meaning and therefore cannot be used intelligently in a sentence. Drop it.

But if you have a problem with a specific set of policies, pieces of legislation, comments, philosophical positions and so on, then refer to them in particular. No one has the slightest idea what anyone is talking about anymore.

The same is true of the word “conservative,” a word spoken with righteous indignation to congratulate oneself or others as being the “true Republicans.” However, Virginia conservatives span the entire ideological spectrum to the right of extremely liberal. “Conservative” is supposed to refer to a long tradition of pragmatic governing philosophies derived from the best wisdom of the generations which came before us, time-tested and easily communicated. Now there are Hannity-conservatives, Limbaugh-conservatives, Levin-conservatives, Gilmore-conservatives, Gillespie-conservatives, Cantor-conservatives, ad infinitum.

We’ve so bastardized our own language and labels that, like the workers at the Tower of Babel, we find ourselves make sounds at one another without actually saying anything.

Our inability to communicate with one another is creating fractures and divisions between people that agree on just about everything (except for that all important issue that proves the other guy isn’t really “conservative”).

I think we’ve been lazy. Let’s elevate the discussion. Let’s focus on legislation, on policy-initiatives, on facts. Let’s forget about labels, intrigue, and conspiracy. Let’s use our words.  After all, the Republican Party is now the Party with all the best words.