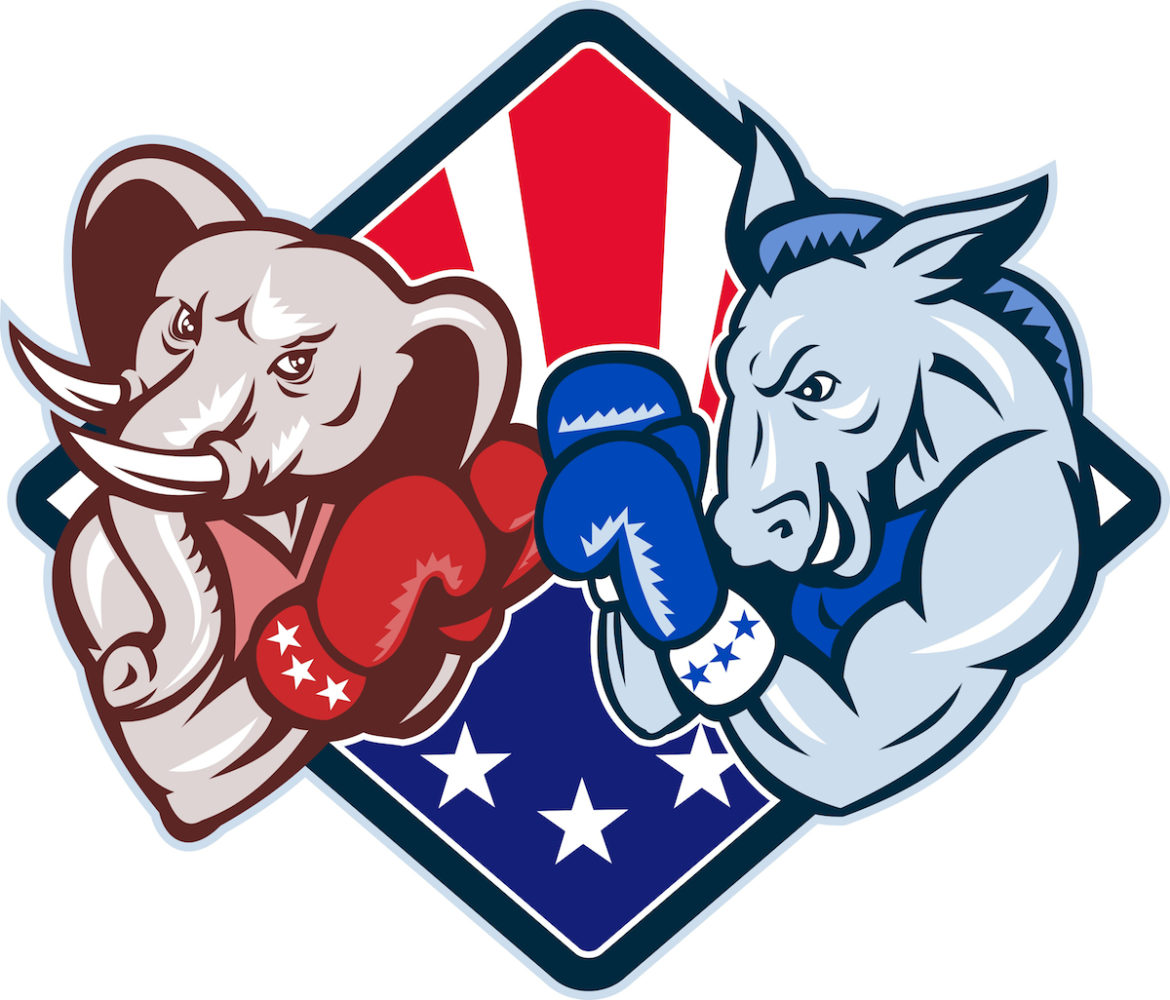 They play hardball, we play beanbag

IRS tramples the rights and privacy of conservative Americans, no special counsel, Dems stonewall, and rope -a- dope.

Clinton email scandal, Dems deny, obfuscate, lie, and violate the law while laughing at our inability to fight back or capture the truth.

We win an election, take the reigns of power and immediately begin manufacturing white flags.

A Republican president farts in the Oval Office and MSNBC in conjunction with political hacks and a cadre of leftist dipshits pummel us into submission.

We as a party and a movement are pathetic in our ability to play this game.

They play hardball, we play beanbag.

They storm the beach, we hide under our desk praying that one day they will like us.

Whether they are in the majority, the minority, or anywhere in between, they advance.

When a Republican boxer enters the ring against a Democrat fighter, the first thing he does is punch himself in the face a few times so as to make it easy for the Democrat to kick his ass.

They play hardball, we play beanbag was last modified: May 20th, 2017 by Greg Stone

Perfectly put! Soooo, question: what do you and TBE make of the RNC? I hear the name Romney and think “Mittens” and his famous Mr. Nice guy routine allowing Obama to recover from what appeared to be a knockout blow. (How on earth do you lose the foreign policy debate in the midst of the Obama-Hillary Global Chaos?!) Ronna boarded the Trump team and never wavered–dragging Michigan across the finish line. But does she have what it takes to play hardball in the mid-terms? Is that why there is a co-chair? Paduchik brought Ohio to Trump by 8% and is also an unapologetic Clean Coal man. So it sure seems like Trump-Pence-Priebus will control the RNC. But maybe it will the Mercers and Koch Brothers who play the strongest role…

As long as there are RINOs, there will be no coordinate battle against the left.

It will stop when the people pick the GOP candidates and not the special interest establishment….look at Gillespie and Comstock, both establishment types that are in it for themselves, not us….

State Sen. Frank Wagner is calling for a legislative committee hearing to investigate McAuliffe’s latest executive order, which would put more regulations on CO2 emissions from electric power plants.
at least one candidate is trying to fight back. https://uploads.disquscdn.com/images/e3395fa98a05edfd85e993d185f22fd3e91b46d8af3ce530327e7c2fd59c65e9.jpg

You hit the nail on the head. The Republican Party continues a pattern of failures starting with their “model” for winning elections and then by rewarding failure. When it comes to the Democrats,Republicans seem to enjoy having their rear ends handed to them each election. Democrats hit Republicans with a hawitzer and Republicans return fire with a pea shooter here in Va. Ask if there is a plan to counter the Democrats and the response is “we are working one!”

The Republican Party down to local GOP committees operate very much like a crime organization in the sense they squash any descent and destroy folks who dare to challenge them.

I just finished reading Drain the Swamp by Rep. Buck, Get a copy. Read it..You will clearly see from this book how our government works. It is disgraceful and totally unacceptable the way Congress works. you want a leadership position in Congress? Rather simple – You buy it with lots of money and selling your soul. Read the Book, Please.

This reminded me of something from Blue Virginia where Andy Schmookler writes, “After all, I’ve been writing for more than twelve years now that Democrats have failed to rise to the threat– saying that we have one Party (the Rs) that will make a fight out of anything (even when the nation would be better served by cooperation) and another Party (the Ds) who refuse to fight over anything (even when the nation needs them to press the battle to protect America).”

I guess it depends on where you sit, left or right.

Which is a good indication of the the power of the Uniparty. As long as they are sucking down tax monies and sinking citizens into debt for the benefit of their friends, nothing else matters.

To make a difference, you have to get the money out of the federal government.

One basic problem with Mr. Schmookler’s statement is that the left foments violence whenever it is confronted. The left owns the Democrat Party and even some in the Republican Party. His statement doesn’t reflect reality but it most certainly reflects the ideology of emotional commitment.

We save our hardballs to pelt the few good, brave warriors on our side who will actually fight FOR us.

Its a mistake to imagine/assert that Republicans WANT to win. As long as they have the House, they can drive lucrative government contracts to favored businesses (and the corresponding campaign donations and personal enrichment), which is really the only goal here. We don’t win because we choose to not win.

I’m just wondering when folks are going to stop trying to equate the Republican party with conservatism.

You don’t win because Republicans lack the integrity to lead.
We are in the middle of what should be Intellectual debate, yet Republicans bring forth the same weak campaign mumbo jumbo , cut DPOR Regulations and it will create jobs , HORSE CRAP!
So regulations allowed fostered the illegal immigration that allowed Americans jobs to be given away?
Republicans irresponsibly claim to be the party of Lincoln. Ha ha ha yea right. Cut Regulations and that will allow enough revenue to create jobs, HORSE CRAP!
Lincoln said; “Capital is the fruit of labor”, NOT LABOR IS THE FRUIT OF CAPITAL. I see the lies.
So Enron Ed wants to cut DPOR Regulations to create jobs,
What Regs?
What is the estimated job gain?
Where is this voodoo published?
How come tiny tom is the only Candidate to speak of fraud waste and abuse in employment around the Commonwealth.
Don’t just cast blame to get elected show policy.
How will Enron Ed deal with this fraud of employment, taxes , payroll and insurance?
Our Democrat Governor implemented EO24, dam good start ( little kenny and bob for jobs lacked that foresight ).
Will Enron Ed allow the legal equity built in Virginians wages to be drained out and redistributed to corporations and bussiness who illegal employ?
How come a Retired Navy Officer , Sitting Republican State Senator and Tidewater Builders Association Director Bill DeSteph bring forth SB483 in the midst of JLARC 427 and EO24. This bill would have made it against Va. Laws to allow the Dept. Of Labor and Industry to send out notification to DPOR or any other State agency or Court of the detection of illegal employment and illegal contracting.
Mr. Stone you can’t blame Dems for this lack of integrity in Republican leadership.
Please post Ed Gillespies projected policy on employee misclassification, unlicensed contracting and in particular EO24.
Senator Newman and Delegate Byron don’t care about job loss in their community or Districts.
http://watchdog.org/202012/subcontractors-shadow-economy

Sadly, you are correct.