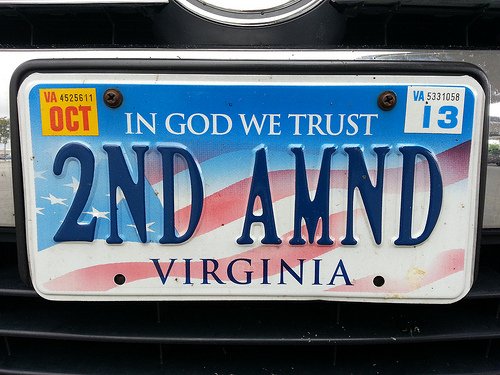 They Want to Control Lives, Not Save Them

Letâ€™s be real honest here. The people who say they want to control guns in order to save lives should all be pro-life with the same zealousness that they are anti-gun. But the anti-gun people are, by and large, pro-abortion. If these people really cared about saving lives, then they would care about all lives, even those who have not yet emerged from their mothersâ€™ wombs. The fact that they do not support the right to life for all says one big thing: their stated motive for gun control, i.e. saving lives, is just a cover for their real motive. When they say they want to control guns, they really mean that they want to control people â€“ that is, the ones who survive their pro-abortion policies.Â Â

Our Second Amendment resides in our federal Constitution, which was adopted in 1789. Our right to create the Constitution is provided in the Declaration of Independence, to which our founding fathers pledged their â€œsacred honorâ€ in 1776. In the Declarationâ€™s second paragraph, we find perhaps its most famous words: â€œWe hold these truths to be self-evident, that all men are created equal, that they are endowed by their Creator with certain unalienable rights, that among these are life, liberty, and the pursuit of happiness.â€Â

Before any of the enumerated freedoms protected by our Constitution, even before the right to liberty and the pursuit of happiness, we have the right to LIFE. And this is not a right that is given to us by any government. It is an â€œunalienable rightâ€ given to us by our Creator. Yet too many people in this country either donâ€™t believe in the Creator God or donâ€™t care what He says. As a result, they donâ€™t care about the value that God has placed in each human life no matter how young or old. Delegate Kathy Tran, who last year pushed a bill to allow abortions up to the moment of birth, was in the General Assembly this year pushing a bill to protect the inchworm. That a mother of four like Kathy Tran can value an inchworm more than a child is beyond credulity.

The statement in the Declaration regarding our foundational rights, is followed immediately by, â€œThat, to secure these rights, governments are instituted among men, deriving their just powers from the consent of the governed.â€ All of our constitutional rights flow from the â€œunalienable right to life.â€ Thomas Jefferson, the chief architect of the Declaration and the target of historical revisionists who seek to besmirch his legacy, explained further that â€œit is the right of the people… to institute new government, laying its foundation on such principles, and organizing its powers in such form, as to them shall seem most likely to effect their safety and happiness.â€ We exercised that right by writing, adopting, and amending our U.S. Constitution.Â

Yet today, we wonder why our children â€“ who are fast approaching middle-age â€“ donâ€™t understand the value of those freedoms and the right those freedoms give us to form our own government. The answer is simple. No one is teaching them the truth about the foundational freedoms of America.Â

We as parents were taught these basic principles in school. We were taught that America is a wonderful country with a grand and honorable history. Then we went about building our lives â€“ which is the whole point of â€œthe pursuit of happinessâ€ â€“ expecting that when we sent our children to school, they would be taught the same things. They are not. The America-Is-Bad socialist philosophy has taken over our education system. Instead of teaching that the â€œunalienable rightsâ€ provided by our Creator allow us to create a government of our choosing, they are teaching that the government decides what rights we have. Our educational system has become a monolith of homogenous, liberal ideas where conservative opinions are not allowed. Think about this:Â the ratio of donations by college professors to Democrats vs donations to Republicans is 95 to 1. Jarrett Stepman, when commenting on the study that documents this statistic noted that â€œat all but a handful of American colleges, young Americans are being dropped straight into left-wing indoctrination centers.â€ No wonder 30% of Millennials have the false idea that Communism is a good thing.

Many colleges are hostile to free speechÂ (unless the speech promotes the accepted liberal line). are open to free sex and free abortions (because they do not believe God has given humans greater value than animals), and are plainly hostile to the foundational principles of America (which explains why they believe citizens should not be armed in a manner that would allow us to protect the freedoms that God gave us). Our ability to protect ourselves and our freedoms stands in the way of them being able to control what we say, what we think, what we believe. No. Gun control isnâ€™t about saving lives. Itâ€™s about controlling lives that have no value in the liberal mind beyond what the liberals decide they have.

They Want to Control Lives, Not Save Them was last modified: February 17th, 2020 by Guest Contributor Steven 'Doc' Troxel