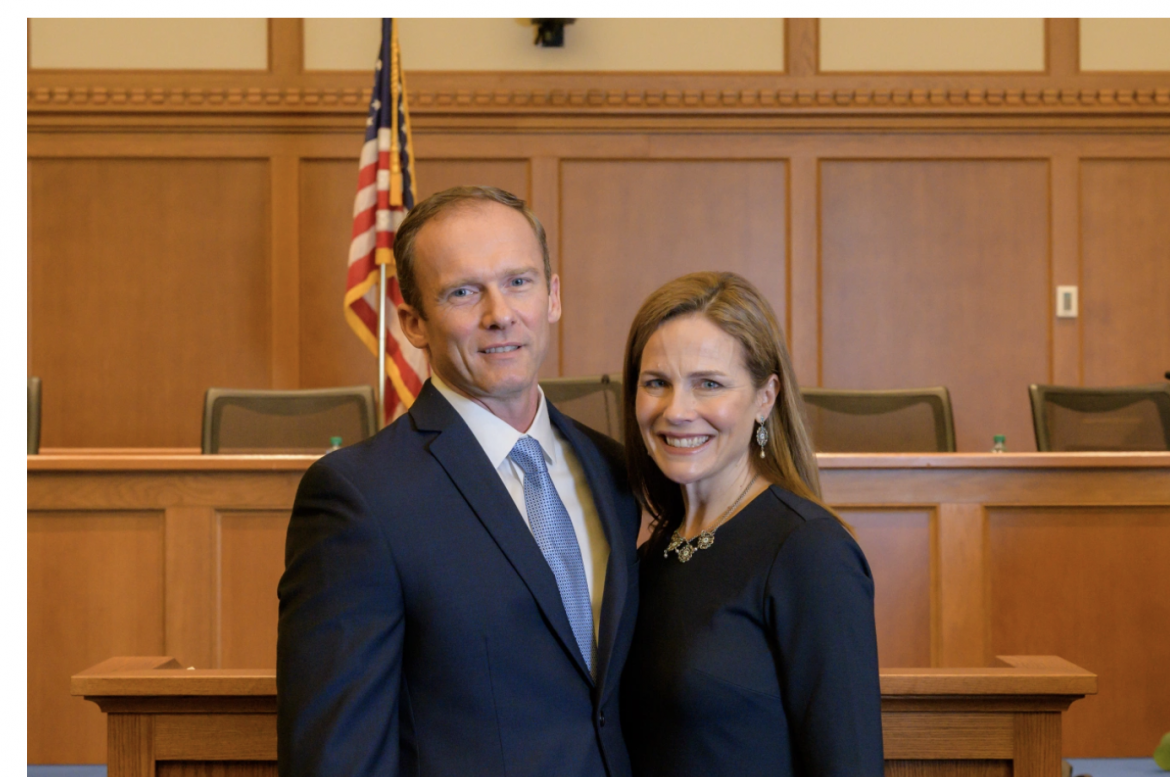 Things you may not know about Amy Coney Barrett

Judge Barrett met her husband Jesse when they both attended Notre Dame law school where she is now a professor. She graduated in 1997 and her husband in 1999. Jesse was a federal prosecutor before working in a private practice that largely deals with white-collar crime. More details on Jesse Barrett here and here.

Amy Coney Barrett is a Catholic and that was cause for her concern among Democrats when she was appointed to the 7th Circuit Court of Appeals. During Barrett’s hearing, California Senator Dianne Feinstein said,

Why is it that so many of us on this side have this very uncomfortable feeling that dogma and law are two different things, and I think whatever a religion is, it has its own dogma. The law is totally different,

And I think in your case, professor, when you read your speeches, the conclusion one draws is that the dogma lives loudly within you. And that’s of concern.”

The left is very concerned about a conservative Supreme Court overturning Roe v. Wade and sending abortion back to the states where it should always have been. That is their biggest objection to Judge Barrett. Catholics like Joe Biden are fine with the left because he’s Catholic-light and supports abortion despite the position the church takes against it.

“There would be no opportunity for me to be a no vote on Roe,” Barrett responded. “And I would faithfully apply all Supreme Court precedent.”

“It’s never appropriate for a judge to impose that judge’s personal convictions, whether they arise from faith or anywhere else, on the law,” she added.

Barrett graduated first in her class from Notre Dame Law School. She then taught at George Washington law school before returning as a professor to Notre Dame. From Foxnews.com:

At 48 Justice Barrett will be the youngest judge on the Supreme Court.

Things you may not know about Amy Coney Barrett was last modified: September 26th, 2020 by Jeanine Martin