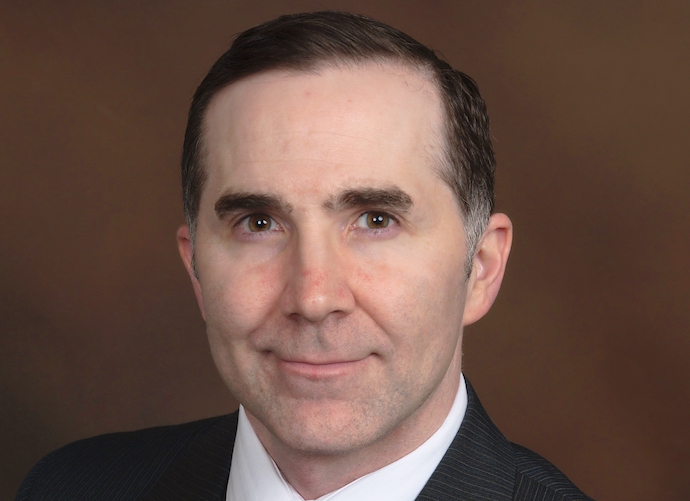 This is how its done: the Hanover GOP shows the way

There are rarely good stories to tell in local politics, especially when dealing with the last vestiges of Eric Cantor’s old 7th district. The disdain of the grassroots and the intractability of the establishment never fail to provide the blogosphere with a juicy and nasty story of contempt and intrigue. What happened in Hanover last night was a change, but it did not come with the usual vitriol and gloating we’re accustomed too.

While other websites write about what divides us and while Hanover County has been the staple of division in Virginia, what I’ve heard about last night’s Hanover GOP Chairmanship battle inspires. I was unable to get Nancy Russell on the phone and that’s totally understandable. However, through email and social media, I have read nothing nasty or vitriolic from her camp. I have heard nothing but humility and honest frustration from Russell’s people.

I did get a chance to talk to Russ Wright. Typically, after one of these elections there are all kinds of people willing to say all kinds of horrible things about the other party. The meeting Nancy Russell put on last night failed to deliver such drama. Russ Wright had nothing negative to say and neither did  anyone else I spoke to on his behalf this evening. Nancy Russell served as admirably as any outgoing chairman could.

After speaking with Russ Wright, he explained that “not only did both sides get their people out, but we were able to agree upon a temporary chair and parliamentarian.”  Steve Albertson, of The Bull Elephant, served as parliamentarian, and encouraged the conservative alternative to agree to a temporary co-chair, filled by Fran Sadler. Fran, by unanimous accounts did an outstanding job. There were no complaints.

There were no parliamentary tricks, no authoritarian moves made by Nancy Russell and staff. I spoke to dozens of people at the meeting, including activists and the employs of elected officials, and everyone marveled at the order and the correctness of the proceedings.

Here is what didn’t happen. You do not get Nancy Russell of Cantor fame, Steve Albertson of The Bull Elephant fame, Russ Wright of Hanover County and hundreds of activists together and everything run smoothly. After-all, the establishment is evil right? Oddly, everyone I’ve spoken with today has told me the same story. This was a great meeting. So, apparently, the establishment is not evil and the grassroots are not underhanded.

There were no tricks, no moves, no nothing. No one is looking to go on the record to complain.

And Conservatives in Hanover, via Virginia Right, can claim all the credit they want, celebrating Russ’s win as a final nail in the coffin of Cantor, as I’ve called it, but that isn’t what happened either. This was better than that.

The real story is this: Nancy Russell ran a legit meeting, Russ Wright ran a legit campaign, and the people of Hanover made a decision. There are no villains here. What happened last night, in one of the most contentious counties in Virginia, was that the activists and their opposition, met, according to all the rules and agreements, and selected a GOP Chairman.

Nancy Russell’s people have been nothing but humble in defeat and Russ Wright’s people have been nothing but humble in victory. With every phone call I make, I hear from activists in Hanover County that they just want to move forward and strengthen the Republican Party. The RPV should look to Hanover County, the most divisive of counties, as the best example of counties, when it comes to a time to choose.

I want to wish congratulations to Russ Wright and I want to say thank you to Nancy Russell, and I want to celebrate Hanover County. No one played dirty tricks on anyone, everything was fair, and everyone behaved honorably; and we’re all lucky to have Hanover County in the First District. Win, Lose, or Draw, this is what we should hope for – fairness, process, procedure, and commitment to the party at large. Nancy Russell and Russ Wright gave us that. In the most contentious battle, we saw the best from everyone. I hope that this fact isn’t overlooked or ignored by folks across our great State.

Note from Steve Albertson: I heartily agree with what Steven has written. From my perspective, however, I want to single out the chairman candidates for particular praise. Early on in the mass meeting planning, Nancy Russell brought in the opposition to help. By all accounts she was open and transparent at every step, and sought to do nothing more than run an efficient and fair meeting. This included consulting with Wright’s team on the rules, the agenda, and all procedures.

She didn’t have to do that. In fact, many, many other chairmen facing a challenge get very defensive, and do things like setting traps for the opposition and hoarding relevant information so as to disadvantage the opposition. These kinds of tactics don’t often change the outcome of a contested election, but they always leave lasting bruises on the local party.

Nancy Russell did none of that. In fact, she did the opposite, and demonstrated excellent leadership for the party. Because she made room at the table for the opposition, that opposition was able to have trust in the process. That trust in turn resulted in a much less contentious meeting than we would have otherwise seen (e.g., no contest for the post of temporary chairman). And, it allowed people to leave a meeting satisfied that everyone had been treated fairly, when what they had expected was a bloodbath.

Likewise, a kudos is due to Russ Wright, Debbie Agliano, Dale Taylor and the rest of the conservative team for working hard and doing things the right way. Russ was gracious and conciliatory, and seems poised to be able to unite a committee that has been far too fractious in recent years. Congratulations, Russ! Job well done!

Both sides should be proud of how things were handled in Hanover last night. As Steve says above, this is a great example for others.

This is how its done: the Hanover GOP shows the way was last modified: March 11th, 2016 by Steven Brodie Tucker

It’s wonderfull that this election ran so smoothly. But please face it, had it not been for those who may be somewhat diminished in their effort to bring about this change this event would not have been so cordial. What the establishment has conceded to, is a growing and angry electorate. I don’t believe this would have ever happened had it not been for many of the people speaking out forcefully and many times angrily. Look how the establishment along with Nancy treated Fred Gruber. Had this been a close election you would not have seen such decorum.
To get another look at this devisive electorate, please watch what is going on in Spotsylvania. If you want to see a battle, come to some of our meetings. This fight is going on between the BOS and the school board snd it is now beginning to boil. This will be a long fight. Come join the fight.
David Jackson

So Republicans do not want to win over Libertarians to the GOP? Sounds like a good thing to me.

Thanks Hanover for setting the fine example. Thanks Steven for sharing the message.

Nancy was always kind and fair to me during the LG race in ’13.

How sad to see that some will always be bitter and angry even when everything is working so well for our party. Sounds like people in Hanover county have come together and everyone is happy, everyone except those on Bearing Drift. Oh well, nothing unexpected.

Honey I aint bitter at all. You are the one who is bitter. I just think it’s hillarious yall cheerlead party unity right up until one of our guys win. And then it hits the fan and you are ready to burn the party down. SO congrats you win hanover. But I am not bitter.

Your words stand for themselves. We’ll let the readers decide. A Republican won in Hanover, in a very cooperative contest. Who wouldn’t be happy about it? Other than you and your little friends at BD?
What on earth would I have to be bitter about? You are so silly.

I remember back about 5 years ago when Bearing Drift wasn’t such a hate conclave. Its pointless and non-productive.

Sad, isn’t it? I keep thinking they’ll get past their hate and anger, but they don’t. Maybe some day.

I hate the “honey” stuff….talking down to women. We’ll never continue to unite and the grow the party with this kind of demeaning misogyny.

They just can’t help themselves. It’s in their blood.

Hey Jeanine, what’s up with Mr. Fancy Pants? Is his Hanes fittn him all under?

You are too funny!

Me too, after questioning why they covered one story that met their needs while ignoring another more egregious similar story. Zero credibility.

Everyone who knows you knows there is no bigger supporter of the Republican party than you. You are hardcore when it comes to the party.

Poor fool, some just don’t get it.

Lord Steven, its an expression.

Why are you calling him “Lord Steven”? That sound so pretentious 🙂

Someone finally figured it out!

I would agree with this assessment of what I saw happen and it is nice to know what Steve Albertson said about what went on beforehand in order for the whole meeting to be fair and smooth. Thank you Nancy Russell and Russ Wright and all the other that helped with check in and everything else.