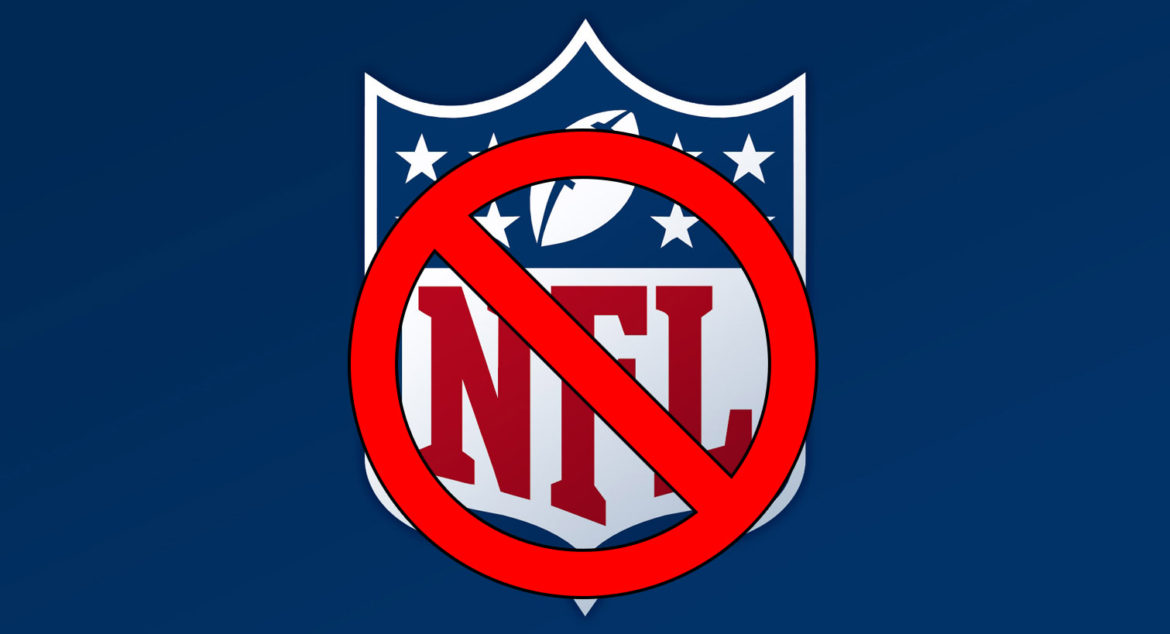 Thoughts From An Ex NFL Fan

My hero H.L. Mencken once said politics is the greatest spectator sport. I wholeheartedly agree with the sage of Baltimore, so watching overgrown men run up and down a field in tight pants doesn’t do it for me, but I do realize that football is very popular. Perhaps even America’s most popular sport.

Growing up in northern Virginia I naturally became a Redskins fan. I remember the Redskins glory days with John Riggins, Joe Gibbs and the Hogs. The days when winning a Super Bowl was expected every season. However, my devotion has been reduced incrementally over the last few years, until this season, when I plan not to watch a single snap from the center.

The Marxists learned last century that the key to controlling a country was to control the culture, and of course sports and entertainment is part of the culture. This year it is the National Anthem protest, next year it will be a new left wing cause the NFL will be pushing. It will not stop. Any day now I expect the NFL to decree that no Super Bowl can be played in a state with a Confederate monument.

In terms of the latest protest, it is particularly galling that millionaire players have decided America is an unfair place. They are indoctrinated by left wing groups such as black lives matter (don’t all lives matter?)
The purpose of the kneeling protest is to propagate a lie that America is a racist, unfair country.

As a conservative I won’t give succor to the NFL and the left-wing sports media, so I am comfortable with my decision to put watching football behind me, and to end that phase of my life. The snarky liberal sports commentators can go on without me.

However, my main argument for boycotting the NFL is not political, although that in my mind is sufficient, rather it is personal. The main reason is time, the most valuable thing we have. Every hour of your life is priceless. Watching others (not your kids) play a game is a massive, indeed I’d say sinful, waste of time.

Let’s say you spend 3 hours a week on watching the NFL, and add the playoffs, the Super Bowl and a couple hours a week listening to sports talk radio, and of course the pre-game show and you get to close to 100 hours a year. Just think what you could do with that time. And if you go to the games you will be spending several thousand dollars.

Think of the opportunity cost! In a hundred hours you can read dozens of the best books ever written, complete numerous projects around the house. You can spend time with your family, work on your other hobbies. You could learn to play chess, learn to cook. One season you could spend your new found 100 hours touring historic sites in Virginia.

Watching football can never improve your life. Oh, sure it may be fun watching a giant man make a catch and run down the field, while another man is in hot pursuit but that is never going to make you truly happy. Don’t give the NFL your money, your time or your attention.

So, retire as a fan, as I have, and get your Sundays back. You will thank me one day. And when you are asked at work what you thought of the big game, and that amazing catch, respond with, “Just because grown men decide to play a game doesn’t mean I have to watch.”

As TBE’s self-anointed, self-appointed, residential expert on Ashkenazi Jews (since I am one, and grew up in the New York City Ashkenazi milieu with Howard Stern and David Axelrod among my contemporaries) I will throw some interesting facts into this NFL discussion. Here, from the Jewish Virtual Library, we have an interesting bit of data. No less than 17 NFL owners are Ashkenazi Jewish (Lerners, Levys, and Rosenblooms, et al). Indeed, there are more Jewish owners in the NFL than there are Jewish players!!

Now, ponder this. Ashkenazi Jews in America vote Democratic about 75 to 80% of the time. Also consider that Orthodox Ashkenazi Jews, who comprise around 15 to 20% of the Jewish electorate in the USA, vote Republican over 60% of the time. Do the math, and you will see that well over 80% of non-Orthodox Ashkenazi lean left. Now, let’s assume that none of the NFL owners are Orthodox Jews and you will see ONE REASON why BLM and its adherents are coddled and condoned and why the NFL has become politically correct.
I say screw them. Get off your conservative collective arses, as the author suggests, and do something useful and truly enjoyable on a Sunday afternoon and evening.

Why didn’t you write an article with some teeth in it instead of one kissing the establishments ass?

But no, you would rather swear allegiance to the NFL and the establishment by keeping them in the spotlight, and continuing to throw money at the NFL thugs and owners who like to crawl around on the ground on their knees, like the little babies they really are.

Like you I’ve quit watching the NFL – but for me it’s a great loss. However until the NFL puts the stem on the apple and boots Goodell and gets rid of the PC culture inside the organization and the teams, I’ll be glad to do something else. If the NFL does the right thing – then you’ll see it’s fans come roaring back. However not sure they collectively have the guts to do so – and what needs to be done is so very simple.

1) Fire Goodell
2) Have the new Commissioner issue an edict stating the rules on page A 62-63 of the rule book regarding the Anthem will be enforced.
3) Apologize to the fans
4) Tell the players who think they have an honest gripe that they have the right to protest and their 1st Amendment right to protest will be respected, but not during games.

I don’t care about the NFL, and never really understood people who do, but I know a lot of people do care very much about it. For conservatives who are making the decision to step away from the television because of the politics, all I can do is thank you. So, thank you. I understand that for some of you its like saying you won’t eat cake anymore, or never have another beer, so thank you for sacrificing for the conservative team to make your point, at least one person appreciates it.