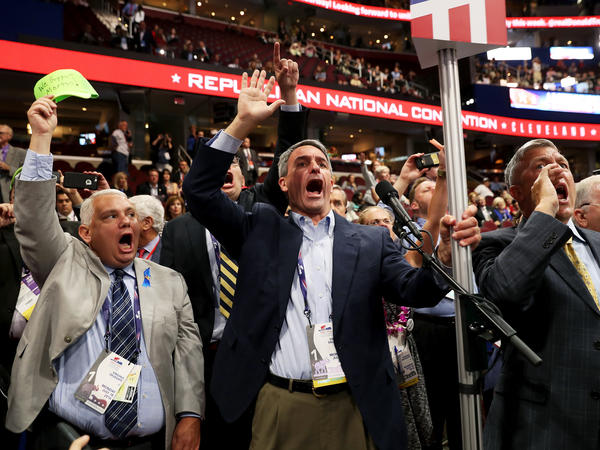 Republicans have three conventions coming this spring and summer. They each have an important purpose.

The Republican National Convention will take place from August 24 to August 27, 2020, at the Spectrum Center in Charlotte, NC. At that convention, Republicans will nominate Donald Trump for re-election as President of the United States. They will also establish the Partyâ€™s platform and make other decisions that could be very important to the Party and to the country. National conventions are exciting and a lot of fun. But because we are a representative form of government, only representatives â€“ called â€œdelegatesâ€ â€“ of Republicans in each state can attend.

Republicans in each of Virginiaâ€™s eleven congressional districts will also hold conventions. These district conventions are held at a time and place determined by each districtâ€™s Republican Committee. Delegates to the district conventions will elect District Chairs, representatives to the State Central Committee, and certain other district officers. Each district will also elect a Presidential Elector to serve in Virginiaâ€™s Electoral College if Trump wins Virginia, and they will each elect three delegates and three alternates to the National Convention. (An alternate delegate would serve as a delegate if a regular delegate becomes unable to attend.) A few conventions, the Fifth District comes to mind, will also nominate candidates to run for Congress.

Just like the National Convention, both state and district conventions limit the number of individuals who can attend and vote. The number of delegates that each Republican unit can send to the conventions is determined by a formula that involves how many people voted for Republican candidates in the last elections for Governor and for President. A unit generally consists of all the Republicans in any given city or county. Occasionally some units combine so that more than one political entity is involved. For example, the Rockbridge Area Republican Committee includes Republicans in Rockbridge County plus those in Lexington and Buena Vista cities.

In order to become a delegate to either the state or district committee or both, one must be elected as such by the Republicans of their local area. This is generally done at a Mass Meeting. When a local Republican committee calls a mass meeting, they in reality invite all local Republicans who are able and interested to attend a meeting at which attendees elect a unit chairman and a local committee who, for the next two years, will tend to the business of Republicans in their area. They also elect delegates to represent their unit at both the state and district conventions. Mass meetings are pure democracy. The only person you represent at a Mass Meeting is yourself. There are no delegates. Any Republican-minded individual who is registered to vote in the locality represented by that unit and who wants to be involved may attend and vote for those whom they think will best represent their interests.

If you donâ€™t know how to contact your local Republican committee about getting involved, go to https://virginia.gop/find-your-local-gop/ and look for your unit. I hope that you will involve yourself in the inner workings of the Party so that you can help make the crucial decisions needed to Make America Great Again.