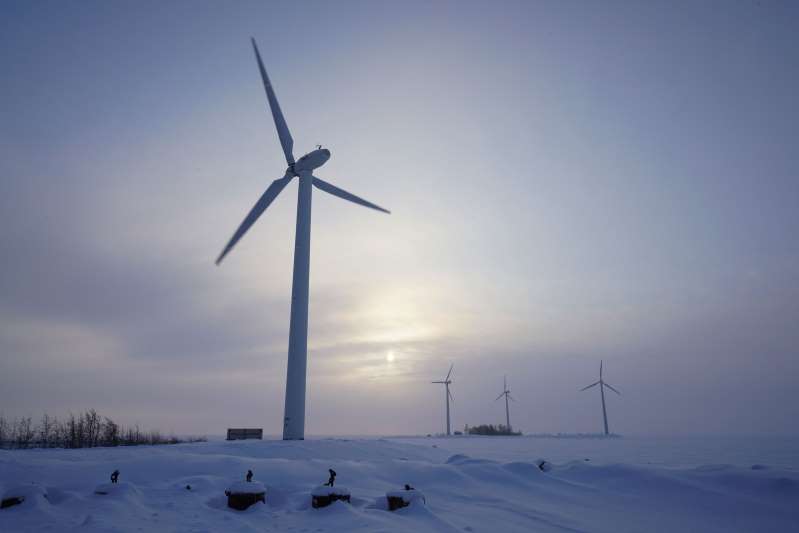 As witnessed in South Australia in 2016 and this past August in California, putting all your energy eggs in the basket of renewable wind and solar sources has proven to be an invitation for rolling electricity blackouts and grid failure. Storms come and go, the sun is fickle, fires and heatwaves assault, maintenance is deferred on traditional power plants, while others shut down – and the chickens come home to roost, to stretch the metaphor.  Blackouts and sky-high price increases are about the only sure thing one can expect.

Now add Texas to the list of examples that should serve as a stark warning to the so-called Green Agenda, and the increasing deterioration of the nation’s electric generation and distribution assets (read here) – and the chaos and political corruption involved in our transition to “renewable energy.”

This past week, an Arctic Vortex swept through the Midwest and deep into the Lone Star state, leaving bitter temperatures and snow not seen in decades. Until now, many Texans probably never realized that billions of dollars in energy investments had incentivized and subsidized littering the state with over 150 wind farms and almost 15,000 of the monstrous wind turbines in the last twenty years. Combined with solar farms, they now provide nearly 30% of the Texas electric grids’ energy. And, perhaps most didn’t suspect that wind turbines can freeze up in extreme weather while the sun hides for days on end.

As the gas, coal, and two nuclear plants struggled in Texas to meet record demand without the “renewable” energy contribution, the other surprise was that the remaining power plants were susceptible to the deep freeze as well. In this case, the gas and nuclear plants had parts fail or freeze, along with the water required for operation, in the bitter temperatures. Other plants had insufficient fuel on hand while the gas pipeline equipment froze up in distant gas fields.

It was a disaster waiting to happen. While infrequent, this type of bitter Arctic weather is not unheard of, even in Texas. As far back as 2011, numerous recommendations called for natural gas plants to “winterize” their operations after 1989 and 2011 weather events caused equipment and supply failures. None of the many thousands of wind turbines used in the Texas grid are “winterized” for operation.

Over 4 million Texans, many ill-prepared for the near-zero degree weather, suffered through rolling blackouts, while others were without power and heat for days. At least 41 died, and hundreds suffered from carbon monoxide poisoning, including two who died from auto exhaust and wood stoves, attempting to keep warm.

In both Austin and Washington, politicians have been quick to defend Texas’s growing reliance on “renewables” like wind and solar, claiming they had nothing to do with the power outages. Some emphasized that there are increasing patterns of “extreme” weather of “climate change.” Still, others explained that the near-total grid crash was because of the gas and coal generator failure.

But the facts tell a different, more complicated story.

ERCOT, the Electric Reliability Council of Texas that controls 90% of the Texas grid, in a public statement reported that 45,000 megawatts (MW) were offline in a system that has experienced up to 75 MW’s of demand. Of that, 15,000 MW’s were wind and solar, and 30,000 MW’s were gas and coal. The 34,000 MW shortfall forced the rationing of energy.

Based on ERCOT’s data, it’s self-evident that losing a portion of the grids’ electricity from wind and solar power at a time of record demand was a critical failure. We also know that the loss of some natural gas generation was both predicted and avoidable and that routine maintenance deferral also played a role, as more wind and solar farms are planned, and more natural gas and coal plants are scheduled to close.

All of this should cause serious people to pause. In Washington, the newly installed administration states its goal to “generate clean, American-made electricity to achieve a carbon pollution-free power sector by 2035.” It sounds so breezy and effortless. But the science and engineering show a different vision.

While wind and solar power may have a place in electric grids and individual businesses, they have massive economic issues and environmental impacts. (The Manhattan Institute’s Mark Mills has a short introduction here.)

Primary among them is enormous battery storage needed when the wind stops blowing or the sun stops shining, a problem with no quick fix. Also, the massive footprint required for wind turbines and solar farms makes rural areas the only alternative, demanding huge investments in transmission lines, which would have to at least double existing power lines. Finally, wind turbines kill an incredible number of bats and migratory birds. (Upwards of 40 million per year worldwide claims one organization here. A 2013 peer-reviewed study found 1.3 million birds a year are killed in the U.S. alone, including eagles and hawks, and since that study, 24,000 more turbines have been installed. Wind turbines are already responsible for driving some raptor species to the brink of extinction.)

But the economic cost of both wind and solar make them dubious alternatives, especially if most or all of the vehicle fleet is converted to electric, which could easily demand 50% more power than is now generated nationwide for all purposes.

While the hot energy from nuclear, coal and natural gas is cheap and dependable and provides great stability, wind and solar power remain more expensive with half the life spans of traditional plants (40 vs. 20 years), and they have a substantial environmental impact.

Land use for wind turbines and solar on an industrial scale preclude urban settings, requiring 50 acres for 1 MW of power. Also, a large uptick in construction for both wind and solar will require massive new mining in the future and its associated cost in fuel oil. This mining will be in some of the most remote and pristine areas on earth, especially for new deposits of rare earth metals required for solar panels. The Manhattan Institute estimates that constructing a typical 100MW wind farm that will power 75,000 homes requires 30,000 tons of iron ore, 50,000 tons of concrete, and 900 tons of non-recyclable plastic. Equivalent solar energy requires 150% more mined material.  (8,000 of the massive blades fall every year and can only go to landfills.)

Offshore wind is even more problematic. The nation’s first offshore wind farm of five turbines, 3.8 miles off the Block Island, Rhode Island coast, cost nearly $18,000 per home it serves. The farm is now out of service due to cable corrosion, and the houses are relying on diesel-generated power. A planned Long Island – New York project of over 100 turbines will cost over $25,000 per home. (This project will use nearly 2 million barrels of fuel to power the barges and ships required for construction.)

In addition to the inherent mechanical and physical advantages of petroleum for power generation, exciting new advances are being made with petroleum products that have already reduced CO2 emission in the U.S. by nearly 20% (here), more than any industrialized nation. And there is promising engineering already being tested online that would create net zero CO2 emissions from natural gas turbines (already very clean) using oxygen instead of air to generate electricity. Not using air also avoids generating NOx, the primary atmospheric and health contaminant emitted from gas plants (here). With the sale of its by-products, it could potentially be the cheapest source of net-zero energy.

America is now the largest producer of hydrocarbons in the world if the newly installed government in Washington doesn’t ruin that massive gains made in recent years. The nation is blessed with abundant resources, and we have the engineering know-how to repair, remake and build our energy grids with the various fuels the good Lord gave us – without reliance on foreign countries. And we can do it with virtually no emissions.

Energy and, by extension, transportation have always been the ladder of human progress. And those of us who have made it to the twenty-first century are genuinely blessed in human history. We can grow and move abundant food resources, regulate the temperatures in our homes and buildings, and have devised ways to transport ourselves and our goods that our ancestors couldn’t imagine.

If the goal is to keep that way of life, then it is very attainable. The Lone Star state could, in fact, be the leader in that new era as it looks at the aftermath of the 2021 blizzard. Sometimes it is incumbent on the citizens to throw a hissy fit, to put their foot down and tell their presumed rulers – our hired help politicians – to sit down and shut up. To do the right thing, not the political thing. That time has arrived.