Time for a Change After 12 Years: Vote Dave Brat 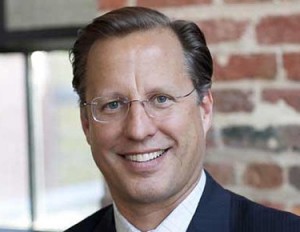 On Tuesday, June 10, Virginians in the 7th Congressional District will go the polls to vote in what is being billed as a “Primary” vote. With no Democratic challenger on the November ballot, this vote will actually determine who will be representing the District in the United States House Of Representatives. Our current Congressman, Eric Cantor, has served his District for 12 years and is currently seeking re-election to a 7th 2-year term, and is being challenged by Randolph-Macon College economics professor David Brat. I have known Congressman Cantor, and his family, for quite some time. I became involved in politics around 1980, before I could even vote. It was then that I met he and his family. I have met Mr. Brat on numerous occasions over the past year and now feel I have a good idea what he stands for and Congressman Cantor has a voting record that tells me his positions.

Since that time in the early 1980’s, I have seen the Republican Party of Reagan, one that stood for family values, fiscal responsibility and smaller government, slowly evaporate into a Party that currently has no clear vision or strategy for America, and one that compromises away the very values the Party was founded on. I have seen a Democratic Party that cares nothing about the value of human life, faith or family values. I have seen a Democratic Party that ignores personal accountability, and favors self, and corporate contributors over the very people they were elected to represent. I have seen a Republican Party that has slowly drifted in the same direction. When asked why he left the Democrat Party, Ronald Reagan once said “I didn’t leave the Democrat party. They left me.” Right now, I am feeling as if BOTH parties have left me. I am an American, and a Virginian first, and my allegiance lies with my country and my state, not with a political Party.

As I have contemplated my decision on who to vote for in this election, I have had to consider each candidate, and their actions and words. As I have been reminded many times, Congressman Cantor is currently the highest ranking Republican from Virginia that we have had in quite some time. His 12 –year voting record should speak for itself, while Mr. Brat has not served in elected office but has outlined his vision for the state and for the country and key issues that he feels are important. For many months, I have received a large number of campaign mailings from Congressman Cantor, and a few from Mr. Brat. Most of these campaign mailings from Congressman Cantor have literally sickened me as they were simply attack ads, just as many radio and television ads have been. I, and most people I speak with, are completely turned off by attack ads and, despite the “experts” opinions, do not feel these work.

After 12 years in Congress, I expect my Congressman to send me materials that advertise his record of accomplishments, and ask for my vote. I do not expect attacks on his opponent, calling him a “liberal Democrat” for simply serving on a board appointed position, by a Democrat Governor, that report on Mr. Brat’s area of expertise. These appointments simply show even the Democrat respect for Mr. Brat’s knowledge and abilities as an economics expert; and if there is any one issue that has dominated our country’s focus the past 8 years, it is the economy. I expect a 12-year incumbent to be more than happy to debate any and all opponents, confident enough to show a clear difference between themselves and their electoral opponent. Instead, that challenge was met with muted silence and ignoring Brat’s requests, over and over. In fact, Ray Allen, Eric Cantor’s campaign manager, has even advised his client to stay away from the people of his District until after the June 10th primary. This included instructions to ignore requests for debate. I can think of no worse advice from a campaign manager to a candidate seeking re-election to the Congress of The United States than to stay away from his constituents.

I expect my 12-year Congressional Representative to be honest with me instead of diluting the facts. “Half-truths” are not truths at all, they are lies. Saying that you oppose Obamacare and want it repealed may sound good to some, but upon further review, when the rubber hit the pavement, and it was time to exercise your ability to stop it in the House by simply voting not to fund it, Congressman Cantor voted to fully fund it. To their discredit, many other Republicans did as well. To say that you are for a “balanced budget” and “reducing the deficit,” yet vote to raise the debt limit with approved spending increases, time and time again, is hypocritical and contradictory. To say that you are against amnesty for immigrants who have broken the law and come here illegally, yet push for amnesty programs for these same people, time and time again, is contradictory. The Speaker Of the House and Congressman Cantor even promised in February or March that the issue of amnesty and immigration reform would be off the table in2014. This, of course, was not true as well. Changing your position for a short time, while running for re-election, does NOT speak for a much longer track record. Voting at first in favor of government bailouts at the start of President Obama’s first term, even when a huge majority of your constituents were against it, was not representing them well. Realizing you had made a grave error after a huge backlash among the electorate, and then voting differently the next time around, certainly helps but it simply proves a vote was based on self-preservation, and not on the will of your constituents.

Many argue that Congressman Cantor’s position of leadership in the House is a reason to re-elect him. To those, I would ask, name one thing, anything, that is an example of how that position was used to benefit you, or your children, or family and friends. To others, who argue a need for compromise to get things done, I ask, how has compromise worked for you, your family and friends, your children, over the past 8 years? I personally do not feel as if my Representative should go to Congress to compromise the very principles to which I elect them to honor. Perhaps those who see the “value” of compromise may want to reconsider a position in which our Representative simply votes for what is right, and what represents the people of the District, and what is best for America and Virginia. Perhaps if each elected official did that each and every vote, we would not be in the mess that we are currently in. One thing I know for sure, “business as usual” is NOT working. It is time for a change.

It is for that reason that I am endorsing David Brat to represent the 7th District of Virginia in the United States House Of Representatives. I feel that he understands the principles believed by the people of the District. I feel he will stand proudly for us and I feel his expertise in the field of economics will benefit that chamber as well. I will not be a spokesman for Mr. Brat, for he does that quite well himself. I will, however, direct you to his webpage, which can answer questions for you, educate you on him and his positions and is easily found at www.davebratforcongress.com.

In conclusion, I wish to state just a few personal thoughts. In all the time that I have known Congressman Cantor, he has carried himself respectfully, cordial and professionally. His close family is quite admirable and his mother, father, wife, children and other family are all wonderful people. I will happily support, encourage and back whoever wins the June 10thprimary. Elections should bring about debate and discussion and even opposing viewpoints. But once the dust has settled, leadership is best when you have a united front. Elections are won when you have a united front. Divisions are healed when you have an open ear, and a united front.

I pray that one week from today, you will seek what is best for your country, your state, your family, your community and you as an individual, and then unite behind the victor. Government works best when it truly is ‘we the people, by the people and for the people.” You are “the people” who can make a difference. 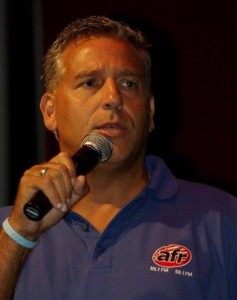 Jim Herring has been a radio personality for over 30 years for many stations throughout the Richmond area. He has authored numerous newspaper and magazine articles and is currently working on his first book. Herring has been involved in politics since 1980, excited by a man with vision and principles, Ronald Reagan, and has since worked with many candidates for public office and has been outspoken about them and the positions to which he feels strongly. He has is a life-long resident of Short Pump in Henrico County, VA where he still resides with his 16 year old son.
Time for a Change After 12 Years: Vote Dave Brat was last modified: June 4th, 2014 by Guest Contributor Jim Herring
#VA07#VA7Dave BratEric CantorJim Herring
13 comments