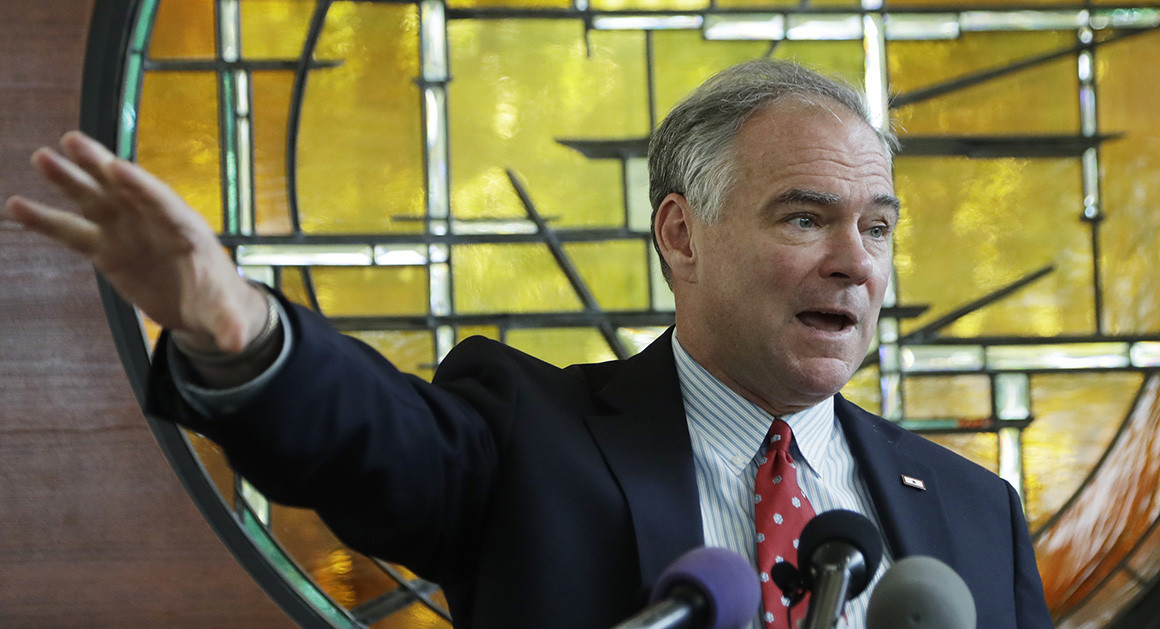 I was as surprised as anyone when Hillary Clinton picked Tim Kaine to be her Vice President, given his do nothing record as a Senator and previous record as Governor of Virginia. When I was Governor, we Republicans cut taxes. Tim Kaine tried to raise them and he also infamously closed our Commonwealth’s rest stops. His Senate record contains no signature legislative achievement. So why did Clinton pick Tim Kaine to be her Vice-President?

The answer is simple, to be her rubber stamp for her liberal agenda, and to one day continue it. In order to do that, he had to shift his views. Tim Kaine had to become Timmy the Shifter.

Timmy the Shifter shifted his views on offshore drilling, the 2nd Amendment, Right to Work, and abortion in order to to match Hillary Clinton’s.

He used to claim to be pro-2nd Amendment, now Timmy the Shifter wants gun owners to be classified as having a mental disorder.

He used to be in favor of the Hyde Amendment, now Timmy the Shifter is against it.

He used to be in favor of lifting the ban on offshore drilling to better serve Virginia’s energy needs. Now Timmy the Shifter, in order to match up with Hillary Clinton, wants to continue our dependence on foreign oil.

He used to be in favor of Virginia’s status as a Right to Work state, now Timmy the Shifter fights against it. (I would be remiss if I didn’t again urge you to please vote yes, on Constitutional Amendment Proposal 1, the Right to Work Amendment tomorrow.)

Tim Kaine’s abandoned Virginia values in his quest to be Hillary Clinton’s Vice-President, As a lifelong Virginian, former Commonwealth’s Attorney, Attorney General, and Governor, this lack of principle and naked pursuit of power offends me. It cannot stand.

When you go to the polls tomorrow (and bring your closest five friends) please send a message loud and clear that Virginians want conservatives in office, not shifty and unprincipled politicians like Hillary Clinton and Timmy the Shifter Kaine.

I won’t stand for this kind of typical Washington politician behavior from those that pursue power. I know you don’t. Together, let’s show the world tomorrow that Virginia won’t stand for it either by carrying the Commonwealth for the Trump/Pence ticket.

God Bless America and God Bless the Commonwealth of Virginia!

Jim Gilmore has served as the Attorney General of Virginia, and as the 68th Governor of Virginia. He was a candidate for the Republican nomination for President of the United States in the 2008 and 2016 elections.

Well, he is a Democrat. They are all unscrupulous.

From political shifter to political grifter. What ignoble career advancement.

Timmy the shifter yes also former governor of Virginia had gotten Doris Mays to be president of Virginia AFL-CIO McAuliffe becomes governor and gets former AFL CIO lobbyist Carlton Davenport to become Commissioner of the Department of Labor and Industry also VOSHA commissioner at this point (July 2025)they send notification to DPOR of contractors using unlicensed contractors in violation statutes 54.1 – 1100. Now for shifty and unprincipled comment we will refer to Va.
Republican Senator for the facetious SB 483 read the bill he wants to stop the notification of illegal employment (unlicensed contracting )I’m voting for Trump to build the dam wall because of the shifty unprincipled Republican Senator/ Tidewater Builders Association Director. Hey Jim here is one , you were Governor of Virginia. Virginia (DPOR) does not have the statutory authority to pursue the unlicensed licensed contractor Virginia does have the statue authority to pursue the licensed contractor illegally employing the rapist child molester and drug dealers that the Republicans so eagerly want to employ as unlicensed contractors. Here is a challenge to Republicans in Virginia write legislation now giving the DPOR and the Commonwealth the legal authority to pursue the unlicensed contractor or are all of you shifty and unprincipled? As for the Constitutional Amendment on right to work you speak of right to work yet you lack Integrity to enforce the laws that protect it.Yes Virginia Republicans want to employee illegal aliens as unlicensed contractors, you will make loads of money hand over fist on construction of schools universities and our infrastructure with this illegal exploitated labor at our expense .Gilmore , Republican Legislators seem to be the Americans that don’t want to work.Make the July 1st 2015 McAuliffe policy change of notification to DPOR law. The lying cheating and wussification of America must end. Stop sucking out the equity in wages built by legal right to work employers. C’mon Gilmore or any other R. Legislator let’s debate this here today or do you fear the truth?

How come you get to write an Op-Ed and I don’t?

Are you a former Governor of Virginia?

You were supposed to laugh at that, boss.