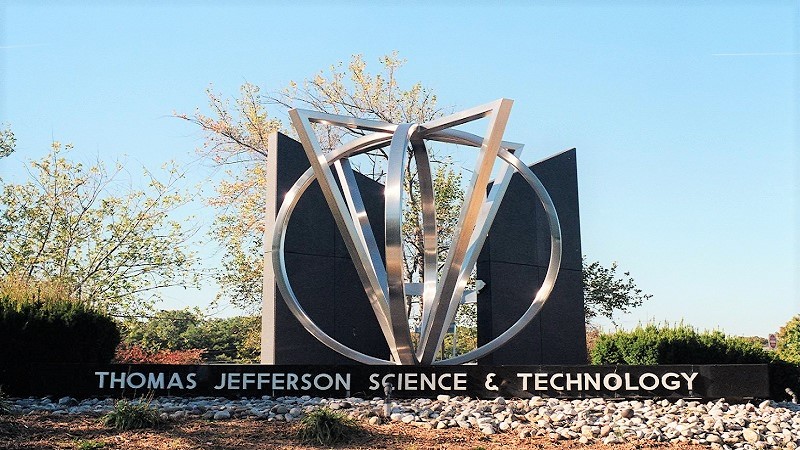 This year admissions policies were changed at the highest-ranked high school in the nation, Thomas Jefferson High School for Science and Technology. Fairfax County changed the admission policies to decrease the number of Asians attending the school and increase the number of Blacks and Hispanics. No longer were admission tests, teacher recommendations, or essays required for acceptance to the prestigious high school. A lottery was instituted for all student applications. Approximately 80% of all 8th students qualified for the lottery. This year’s class of students looks very different from previous years. Fairfax county has met its goal of decreasing Asian acceptance rates (20%) and increasing admission for Blacks and Hispanics.

The class of 2024 was admitted under the old admission requirements and looked like this:

Asians were the big losers in this year’s TJ acceptance rates, losing almost 20% compared to previous years. Whites increased by 5% while the school reached its goal in changing admissions by greatly increasing Black and Hispanic rates of acceptance. Students accepted who came from private schools or were homeschooled dropped by 7%.

Black and Hispanics will have larger gains in the years to come.

How long will TJHSST remain the best school in the nation? One more year? Public schools in Virginia have little interest in students who excel. It’s all about the color of their skin.

Republican candidate for Governor Glenn Youngkin has said he will stop this ridiculous lottery at TJHSST and go back to the way admissions have always worked there. Because TJ is a Governor’s school he would the power to do that. McAuliffe would never do it, nor would he oppose any other program the educrats want in your schools. For instance, Youngkin will not allow Critical Race Theory to be taught in our schools, McAuliffe will. McAuliffe will support boys be allowed in girl’s bathrooms, locker rooms, and showers at our schools. Youngkin would not support those changes. Elections have consequences. Our kids’ and our country’s future depend on who we elect in November. Let’s hope TJ isn’t allowed to reject the man/woman who will in the future cure cancer or heart disease because he/she is the wrong color.

Hmmm. The bad policy aside, the curious point of this “by lottery” admission is that the percentage of offers of the “private/home” school community were much lower than their public school counterparts. That is statistically improbable and gives the impression that the lottery had a thumb on the scale.

Let’s hear form our experts… Eric Little Brain And Old Scroungy Liberal Redneck. What do you two idiots think about this? Do you really have a special school when it is based on a lottery?
So a blowoff can apply and get into here while I guess let’s be true to the article, a Korean child of immigrants works his or her butt off and doesn’t get in? Also you scroungy morons… psst… Some people have get this:
High IQs… I know… that is rayciss…. to think that… but it is true. Just like some people are born 6 foot 9 with athletic skills…
So… your new Critical Race Theorin system is now based upon a lottery..

China don’t have no F-ing lottery dumbasses…. Their system is based on hard ass testing…

So you morons are going to further send this country down the toilet… Whatever it is so far in debt that what does it matter?

â€œ Because TJ is a Governorâ€™s school he would the power to do that.â€

The Virginia Department of Education, regional governing boards, local superintendents, site or program directors, school boards, and advisory committees establish policies for the Governor’s Schools. These policies are described in an administrative procedures document for each school. All Governor’s Schools annually submit a current administrative procedures document to VDOE.â€

Just asking a question for clarity.

a number of parents are considering putting their kids in private schools due to this “woke” takeover of TJ and efforts to relax standards to the benefit of black and Latino students. But a number of private schools are woke, too. Im wondering if some of the conservative Christian parents will team up and open up ‘private acadamies.

Well, on an unrationed playing field, you would have a much larger percentage of Asian. Thus, this rationing system is actually racist. Your racist bias is showing.

By the way, if I was Asian I would claim I was hispanic. After all, you support boys as girls so why not Asians as Hispanics. In your attempt to create equity you have destroyed equality. May you suffer accordingly.

This was to be a reply to WTF.

This will help Puneet and others like him to start changing the tide up there. Who is next? Given Capt. Sherlocks’ data and the inadequate job done for Hispanics, etc. I’m wondering how this works out.

” How long will TJHSST remain the best school in the nation? One more year? ”

So you are telling us that Black and Hispanic students are not as capable as White and Asian students?

Careful. Your biases are showing. Not surprising.

The former system relied upon testing… Are you saying dopey Liberal shithead that blacks and hispanics can’t test into TJ? You racist….

But you know what you scroungy liberal POS? What does it matter butthole? In China you go to higher ed based on rigorous testing… no diversity points… That commie country is producing more engineers in a year than the US produces in five..

So go ahead with your affirmative action for this stupid school… at this point it matters little.

And as usual Go F yourself.

This newest cohort is not a capable as the previous cohort. It will be interesting to see if the school dumbs everything down for their new students. At the university level, race-based admissions for Blacks has been a huge problem because Black students got admitted with a racial preference but were unable to do the college-level academics. This caused Blacks to drop out of college at high rates, which then triggered payments on student loans that became very difficult to pay without that college degree.