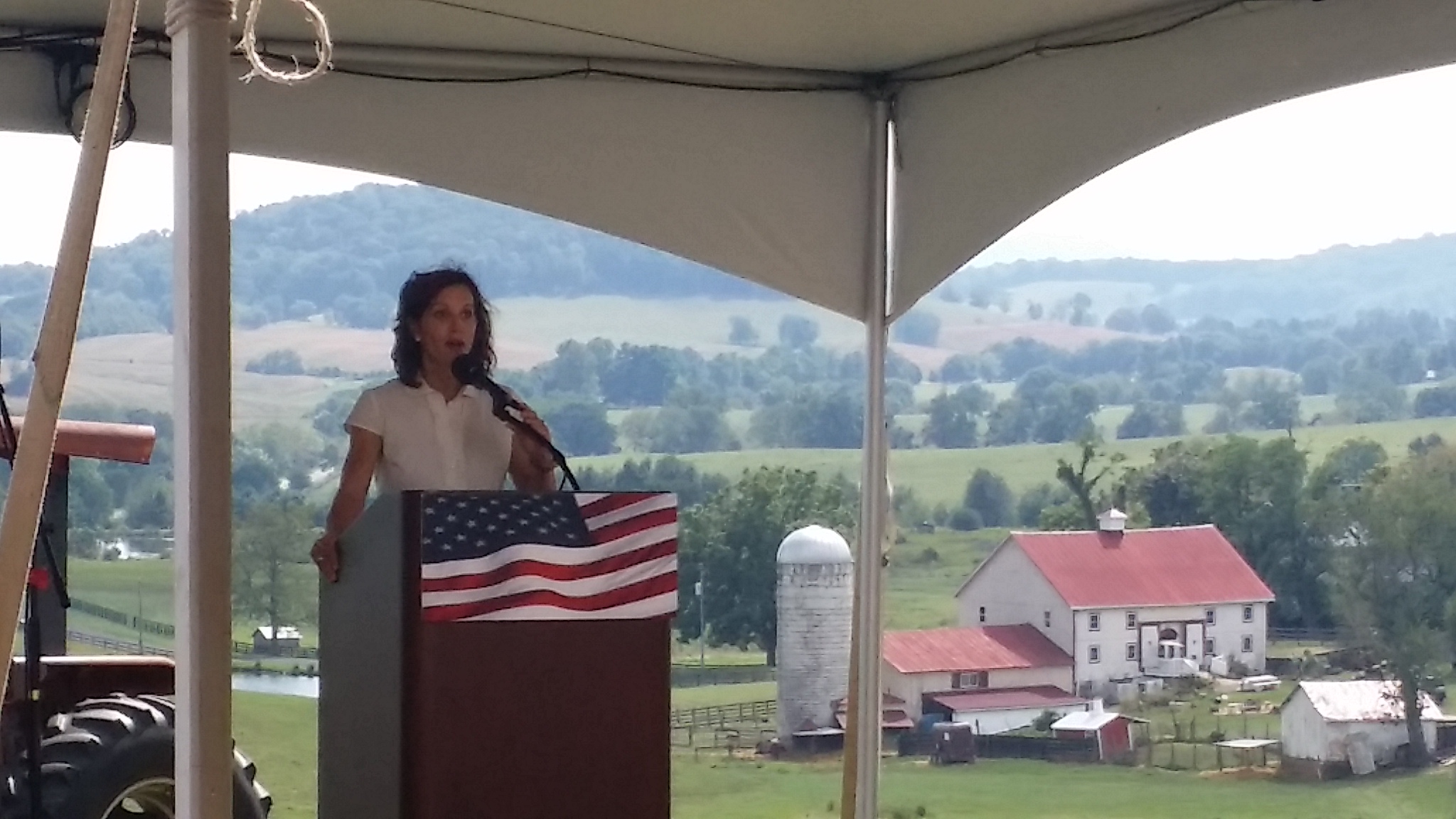 To Be or Not to Be…a Republican Committee with Principles

I have often told friends and acquaintances that I believe we conservatives must put principle over party.  I’m going to start including personalities in that as well.  But after observing my local committee during their last meeting, I’m truly starting to wonder if the rank and file of the Republican Party in Virginia have the stomach for the fight that we must have in Virginia.

This past session in the Virginia legislature, we witnessed four Republican Senators (Chafin, Hanger, Vogel, and Wagner) and nineteen Republican Delegates (including the Speaker of the House of Delegates) vote to pass a budget that expands Medicaid in the Commonwealth of Virginia.  What is the projected annual expense for this?  At least $2,000,000,000 (that’s billion) per year.

This repudiation of some of the bedrock principles of the RPV Creed- namely “that the free enterprise system is the most productive supplier of human needs and economic justice” and “that fiscal responsibility and budgetary restraints must be exercised at all levels of government”- has resulted in a number of local Republican Committees passing censure resolutions (Greene, Appomattox, Hanover, Culpeper, and most recently Loudoun Counties).  I believe two others (Bedford and Campbell) are also considering censure resolutions.  I had high hopes that my Fauquier County Republican Committee would join that group, especially considering that Jill Vogel calls Fauquier County home.

It is unfortunate that my Republican Senator, Jill Vogel, decided to vote for the budget containing Medicaid expansion.  It’s hard not to like Senator Vogel when you meet her.  But likeability is not what is being discussed here.  She voted with the Democrat minority to pass this budget.  The Democrat Committee of Fauquier County has praised her for her vote and her rather tepid, meandering defense of her vote at the June 2018 meeting of the Fauquier Republican Committee, left much to be desired.

At the August 2018 Fauquier County Republican Committee meeting, a resolution was considered for a vote by the membership to take a step in the direction of holding our elected Republican officials accountable for their votes.  I authored the resolution but I knew it was going to be a hard sell.  I knew we could not hope to pass a resolution like some I had seen so it was written with the intent of being crystal clear about our opposition to her vote but without the caustic language of some other resolutions.  I mean, the resolution passed by the Culpeper County Republican Committee included a call to remove her from her position as a Senate Committee Chair and her seat on the Senate Finance Committee, her immediate resignation, and that they would deny her support for any future campaign for elected office.  By pretty much any definition that is harsh (the entire resolution is one body blow after another to the “conservative” credentials of Senator Vogel.)

Instead, here is the language that was directed at the elected Republican officials in the Virginia legislature (after all the required ‘Whereas’ statements):

Whereas, Virginia State Senator Jill Vogel, 27th Senate District, voted along with three other Republican Senators and all Democrat Senators to pass the budget including Medicaid expansion while Delegates Michael Webert, 18th House District and Mark Cole, 88th House District, voted in opposition to the budget including Medicaid expansion; now therefore be it,

Resolved, that we the members of the Fauquier County Republican Committee reaffirm the Creed of the Republican Party of Virginia and express our extreme disappointment and disagreement with Senator Jill Vogel’s vote in support of a budget that included funding for Medicaid expansion; and

Resolved, that we the members of the Fauquier County Republican Committee reaffirm the Creed of the Republican Party of Virginia and express our heartfelt thanks and support for Delegates Michael Webert and Mark Cole for voting in opposition to a budget that included funding for Medicaid expansion.

I’ve always advocated that you should praise people for what they do right just as quickly as condemn them for what they do wrong, so I thought it was only right to include Delegates Webert and Cole in the resolution to praise them for their votes while condemning Senator Vogel for hers.  Boy, was I mistaken!

Some of what followed was reminiscent of some the scenes from “Caddyshack” and Bushwood Country Club.  Honestly, the hand-wringing and harrumphing would have been comical if it wasn’t so sad and maddening.  One of the individuals in attendance went so far as to say, “I believe we should give her a pass for this vote.”  Another even complained that the term “liberal Democrat” was used in describing Governor Ralph Northam (no, really, folks didn’t like that), while others were concerned that passing a resolution like this would damage the Republican image (or some such nonsense).

Excuse me?  Our State Senator voted to blow up our future budgets to fund a program that will probably get no monetary support from the Federal government in the out years and you want to give her a pass?  After campaigning as a conservative for Lt Governor last year, promising to oppose additional taxes and public funding for abortion providers as well as rejecting a budget containing Medicaid Expansion in Virginia, she voted for a budget that included all of these.

I ask my fellow Republicans, how do you hold your elected Republican officials at any level accountable, as a local Republican Committee, if you are not willing to call them out- PUBLICLY- for voting like this?  If you are offended by such “incendiary” and “provocative” language as “…extreme disappointment and disagreement with Senator Jill Vogel’s vote …” then I wonder just how committed you are to the principles of the RPV Creed.  Because if her vote doesn’t offend you then I suggest you might want to double-check your core principles and beliefs.

I’ll follow up with another question- just what would it take to entice you to make a public stand against an elected Republican?  The results of this vote should have been an affront to anyone who claims to be a Republican and/or a constitutional conservative.

Shame on the Fauquier County Republican Committee for failing to have the courage of their declared convictions and holding their elected Republicans accountable.  We exist for something beyond just getting Republicans elected and you’d do well to remember that.  Otherwise, Republicans in Fauquier will find themselves in the minority sooner rather than later.

To Be or Not to Be…a Republican Committee with Principles was last modified: September 1st, 2018 by Guest Contributor David E. Willis