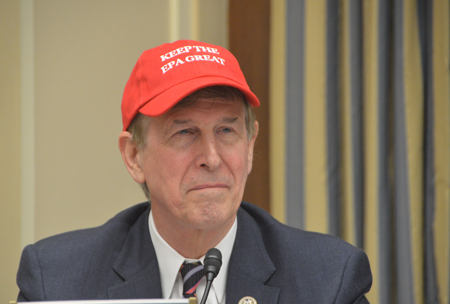 Pre-coronavirus, America was in the midst of a truly unprecedented economic success story. The stock market reached all-time highs, while unemployment fell to record lows. In stark contrast to the prior administration’s anemic record, President Trump’s sustained economic recovery uplifted Americans from all walks of life.

As the White House Council of Economic Advisers noted in late February: “Importantly, the African American unemployment rate has hit the lowest level on record, and series lows have also been matched or achieved for Asian Americans, Hispanic Americans, American Indians or Alaskan Natives, veterans, those without a high school degree, and persons with disabilities, among others.”

The overall household unemployment in March was at 3.5 percent, a 50-year low. Unemployment for women fell to a 66-year low of 3.4 percent.

America’s tremendous prosperity under President Trump was no accident. In a radical departure from his predecessor, President Trump consistently put the interests of American workers first – and the results spoke for themselves.

The 2017 Tax Cuts and Jobs Act was the single greatest reform that unleashed massive, broad-based growth in recent years. If our nation is to rebound from coronavirus-related job losses, we are going to need similar measures over the next two years.

With Democrats now running the U.S. House of Representatives, it will be a lot harder to enact the reforms needed to bring jobs back. House Speaker Nancy Pelosi is already pouring cold water on President Trump’s calls for new tax cuts.

Regrettably for Virginia’s 8th District, Congressman Don Beyer cannot be relied on to buck his party’s anti-growth mindset. Beyer voted against the 2017 Tax Cuts and Jobs Act – and the congressman has focused on mindlessly “resisting” the Administration ever since.

Two very strong candidates are now vying for the GOP nomination to run against Beyer: Mark Ellmore and Jeff Jordan. To help 8th District Republicans make an informed decision, the Fairfax GOP is hosting a “socially distant” virtual debate between the candidates on Facebook Live this Saturday, May 9th at 7:00 PM.

Steve Knotts currently serves as chairman of the Fairfax GOP.

Steve Knotts is chairman of the Fairfax County Republican Committee. A telecommunications professional and real estate investor, Mr. Knotts holds a BS from the University of Southern Mississippi and an MBA from Virginia Tech. His three kids all attended Fairfax County Public Schools, before going to Virginia public universities.